Would-be kidnapper, 40, hunted by police after picking up young girl

Would-be kidnapper, 40, is hunted by police after he picked up terrified young girl and carried her away before dumping the child and fleeing into woods

Police are on the hunt for a would-be kidnapper who picked up a terrified young girl before dumping her and fleeing into the woods.

The attempted kidnap took place between 12.30pm and 1pm on March 21 in The Bury in Chesham, Buckinghamshire.

Two children, both under the age of 11, had been playing on the grass in the area.

But one of the children temporarily wandered off which is when the offender approached the second child and picked her up. 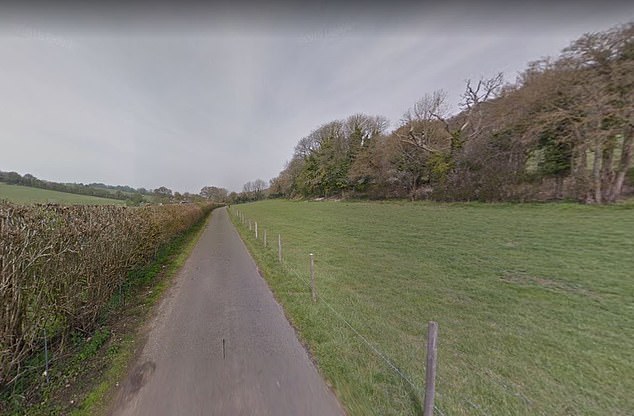 The attempted kidnap took place between 12.30pm and 1pm on March 21 in The Bury in Chesham, Buckinghamshire, when two children, both under the age of 11, had been playing on the grass in the area (pictured)

He carried her for approximately 20 feet before the other youngster returned.

The offender dropped the little girl back to the floor and fled into a woodland area.

Neither child received any injuries during the incident.

The offender is described as a white man, aged approximately 40, around 5’7″ and of an average build.

He was dressed in a coat, believed to be blue or black, a brown t-shirt and was carrying a rucksack.

He also had a distinctive tattoo on his arm of a lion and was drinking from a green bottle. 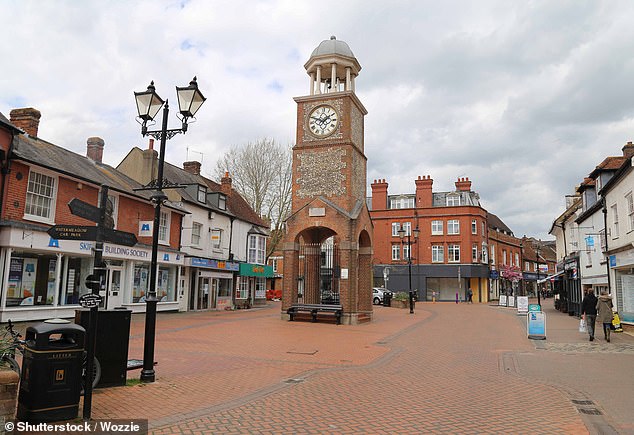 Thames Valley Police have now launched an investigation and are appealing for witnesses to come forward. Pictured: Chesham town centre

Investigating officer, Detective Constable Chris Gould, of Aylesbury police station, said: ‘I am appealing for witnesses to this incident, which was a frightening experience for a young child.

‘Thankfully, both children were completely unharmed during this incident, but we are appealing for witnesses in order to fully establish the circumstances.

‘I understand that an incident of this nature would cause concern within the community, but I would like to reassure the public that it is being thoroughly investigated and the victims are being supported fully.

‘If anyone was in the area at this time, and believes they saw something, I would ask them to make contact with police.

‘Alternatively, if someone recognises the description of the offender, or believes they saw him at a time before or after this incident took place, then please speak to us.