A WOMAN allegedly woke up with a belt tied around her neck after being gang-raped by three men in Australia who dressed her as a soldier.

The alleged victim told police she was "passed around by three men" – including a prison guard – during the reported attack in Sydney on April 25, Australia's national day of remembrance. 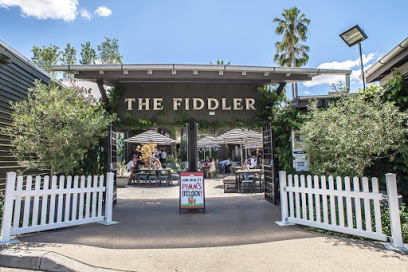 The 35-year-old suspect also served in the Australian army.

It is alleged that he and a friend, 26, were drinking at The Fiddler pub in Rouse Hill during the early hours of April 25 when they invited a woman, 37, back to a property in Riverstone.

Police said the alleged victim told how she woke up on a couch while one of the men was still having sex with her, with a belt tied around her neck, reports the Blacktown Advocate.

She told officers she was "passed around by three men who had sex with her in multiple ways, either at the same time or individually while the others were watching".

Magistrate James Gibson told the court: "At one point she was dressed up like an Anzac in a navy blue army jacket."

Robinson's defence lawyer said the matter of consent was the pivotal issue, but police prosecutor Adam Young alleged the woman's drunken state meant she would not have been in a position to consent to any kind of sexual encounter.

The court was told that the woman had suffered pelvic pain after the alleged incident and attended hospital.

Robinson was denied bail during the hearing at Penrith Local Court on Tuesday, with his lawyer requesting he be placed in protective custody due to his job as a correction officer at Francis Greenway Correctional Complex – which he has been suspended from indefinitely.

He could be jailed for up to 20 years if found guilty, with the case due to return to court in July.

Police have confirmed that another man from New South Wales has been charged and a third suspect, 31, was arrested in Queensland in connection.

Related posts:
Biden's touching Amtrak anecdote about conductor visiting mom on train unravels… as she had already DIED
From Pfizer to AstraZeneca and Moderna – most common side effects of each jab revealed
Popular News
What The Summer Solstice On June 20 Means If You’re A Pisces
18/06/2021
Stuart Broad builds up to second Virtual Test with Sri Lanka
26/03/2020
Bindi Irwin Made Last-Minute Changes to Her Wedding Due to Coronavirus Lockdown
26/03/2020
Widow on The Repair Shop leaves viewers sobbing
26/03/2020
Coronavirus lockdown: Global quarantine reveals weird fact about humanity
26/03/2020
Recent Posts
This website uses cookies to improve your user experience and to provide you with advertisements that are relevant to your interests. By continuing to browse the site you are agreeing to our use of cookies.Ok