Thief jailed for spitting at police and shouting 'I have coronavirus'

A mindless meat thief who spat at a police officer and told him ‘I have coronavirus’ before acting in a shocking and violent manner has been jailed for 120 days.

Horrifying bodycam footage has been released by Kent police chiefs showing how Oliver Cook, 35, was arrested outside a supermarket in Whitstable after he was seen trying to steal meat.

As Cook was searched, he spat at a police officer before struggling in an attempt to break free of their clutches, before letting out a laugh and declaring: ‘I have coronavirus.’

The footage shows how Cook then repeatedly continued with his phrase ‘I have corona, get away from me’ while being pinned to the pavement in full view of the public.

Still showing resistance, Cook was seen writhing around on the floor in an attempt to make the police officers’ jobs as difficult as possible, while a bystander – appearing to be a friend of Cook – pleaded with him: ‘Don’t spit, please don’t say that and don’t kick off.’ 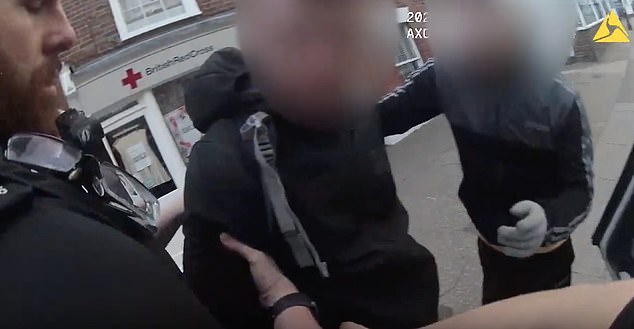 Oliver Cook, 35, has been jailed after trying to steal meat from a supermarket in Kent 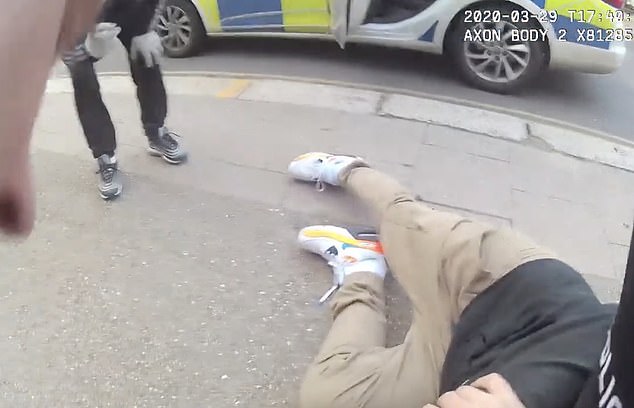 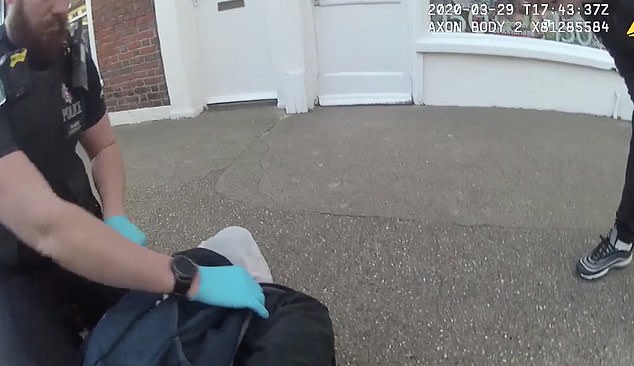 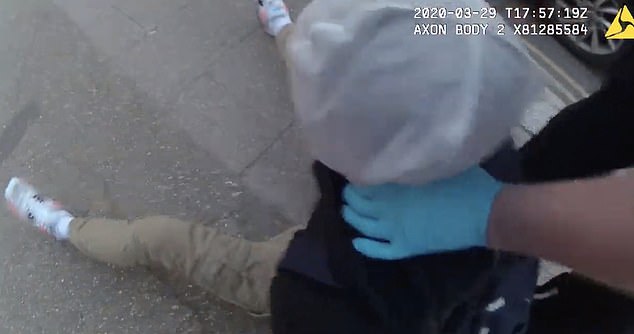 Cook continued to resist and repeatedly screamed: ‘I have corona, get away from me’

He was later charged with two counts of assaulting an emergency worker, theft and criminal damage in the incident on Sunday evening.

Cook, of no fixed address, admitted the charges at Medway Magistrates’ Court in Chatham, Kent on Tuesday and was jailed for a total of 120 days.

After spitting at one of the officers who searched him, Cook kicked another as he was put into a police van. 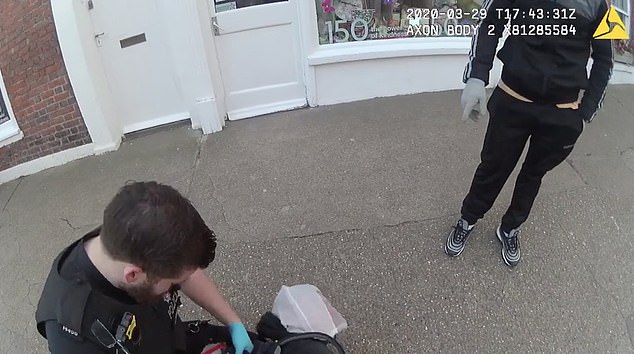 Another man in the shot, who appeared to be a friend of Cook, was urging him to calm down 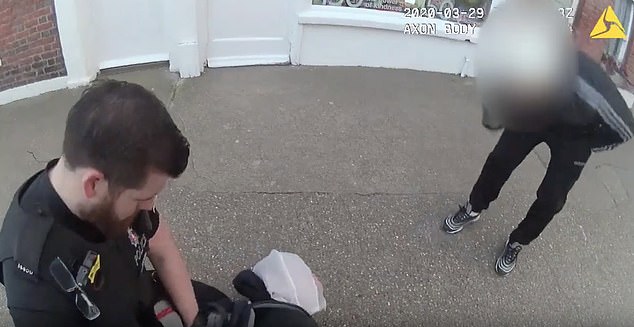 As the thief continued with the ‘I have corona’ screams, the other man urged ‘please don’t say that’ while police officers continued to battle to keep him restrained

Kent Police District Commander for Canterbury and Dover, Chief Inspector Elena Hall, said: ‘All emergency services and our whole community, which includes our officers and staff, are working extremely hard in challenging circumstances.

‘We will not tolerate attacks of this kind. We will seek the prosecution of anyone who spits at or otherwise assaults any of our team, making sure the court know it is aggravated by any claims to have the coronavirus infection.’

On Friday the UK announced 684 more coronavirus deaths today, taking the total number of fatalities to 3,605.

Yet again the number is a record one-day high – this has been the case almost every day this week, with each day since Tuesday announcing more victims than the last.

The new numbers mean the number of people dead from COVID-19 in the UK has risen five-fold in a week, from just 759 last Friday, March 27.