AS TENNESSEE reopens its restaurants amid the state's biggest spike in coronavirus cases, governors across the nation are allowing businesses to fling their doors.

Although cases – and deaths – in the US from COVID-19 are continuing to rise, many governors are allowing retail stores, restaurants and other industries to reopen.

South Carolina, Texas, Florida and Georgia are among the first states whose governors announced they would be easing stay at home restrictions.

Now, Minnesota, Mississippi, Iowa, Colorado, Alaska and Tennessee are just some of the states who are following closely behind.

Some businesses will be allowed to reopen, starting Monday, in order to allow up to 100,000 people in the industrial, manufacturing and office workforce to return to their employment.

Businesses must roll out health screenings of employees and ensure that sick workers stay at home, governor Tim Walz said.

Non-essential businesses remain closed, but on April 17 Reeves said the state would soon begin relaxing restrictions by allowing them to offer services via drive-thru, curbside or delivery.

On Monday, Governor Kim Reynolds announced that on May 1, 77 of Iowa's 99 counties can reopen their restaurants, fitness centers, retail stores and enclosed malls at 50% capacity.

Reynolds is also lifting the ban on religious gatherings of more than 10 people.

Restaurant tables will need to be six feet apart and limit the number of people who can eat at the table.

Governor Brad Little has allowed for some businesses and facilities to reopen for curbside pickup, drive-in and drive-thru services, as well as for mailing and delivery services.

Little said his goal is for "most businesses" to open in May, but only if there is no upward trend of cases.

Elective surgeries can now take place, and some restaurants and theaters may reopen if they adhere to strict social distancing guidelines, with the same going for places of worship.

Kemp said the Department of Public Health is starting to see a flattening of coronavirus cases and a decline of people being hospitalized for the virus, reported WSB-TV. 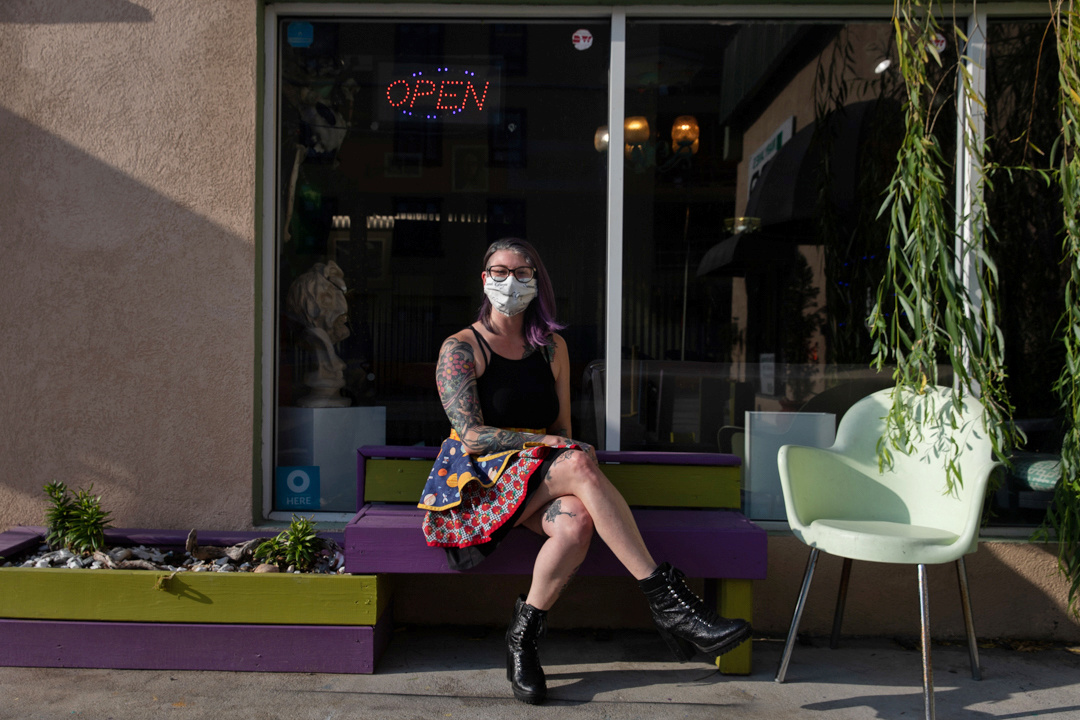 Governor Ron DeSantis' stay-at-home order expires April 30, with no indication it will be renewed.

Beaches have already reopened, including Jacksonville Beach, which Floridians flocked to.

The Keys will not reopen to visitors until at least June.

Although Gov. Mike DeWine said on April 16 the state would begin to reopen, he has still not announced specifics.

"We will be dealing with the schools shortly, probably early next week," he said at the time.

Restaurants, movie theaters, sporting venues and gyms will reopen on May 1 as long as they maintain social distancing.

On Friday, personal care businesses, such as nail salons and barbers reopened for appointments.

Gov Greg Abbott's stay at home order is to expire on April 30.

Abbott has said restaurants, malls, movie theaters and retail stores can open this week at 25% capacity.

Museums and libraries can also reopen but hands-on exhibits must remain closed.

Hair salons, bars and gyms are to remain closed for the time being, the Texas Tribune reported.

The beaches are open for business in South Carolina, as Gov Henry McMaster will also be letting non-essential stores reopen.

Furniture, clothing, music, crafts and luggage stores are listed as being allowed to reopen, alongside flea markets, florists and department stores.

Customers will be allowed inside starting from Monday at 5pm, but there can be no more than five customers per 1,000 square feet, or 20% occupancy, whichever is less.

McMaster said residents are using common sense and that is why the reopening of beaches and stores is possible.

Local officials have the last word on whether beaches will reopen, and a handful have already said they wold not, including Isle of Palms, Edisto Beach, Folly Beach and Sullivan’s Island.

Governor Jarid Polis is replacing his states stay at home order with a "safer at home" order on Monday.

Retail businesses with curbside delivery can reopen and elective medical procedures can resume.

Businesses such as personal training and dog grooming can reopen as long as they practise social distancing, CNN reports.

But in Denver, Mayor Michael Hancock has extended the stay at home order until May 8.

Previously limited to takeout only, restaurants were allowed to reopen for dine-in service statewide on Friday.

Alaskans aren't being asked to stay at home anymore either, although gatherings are limited to 20 people.

Retails stores are now open, although customers have to stay 6 feet from others who aren’t part of their household face coverings must be worn. 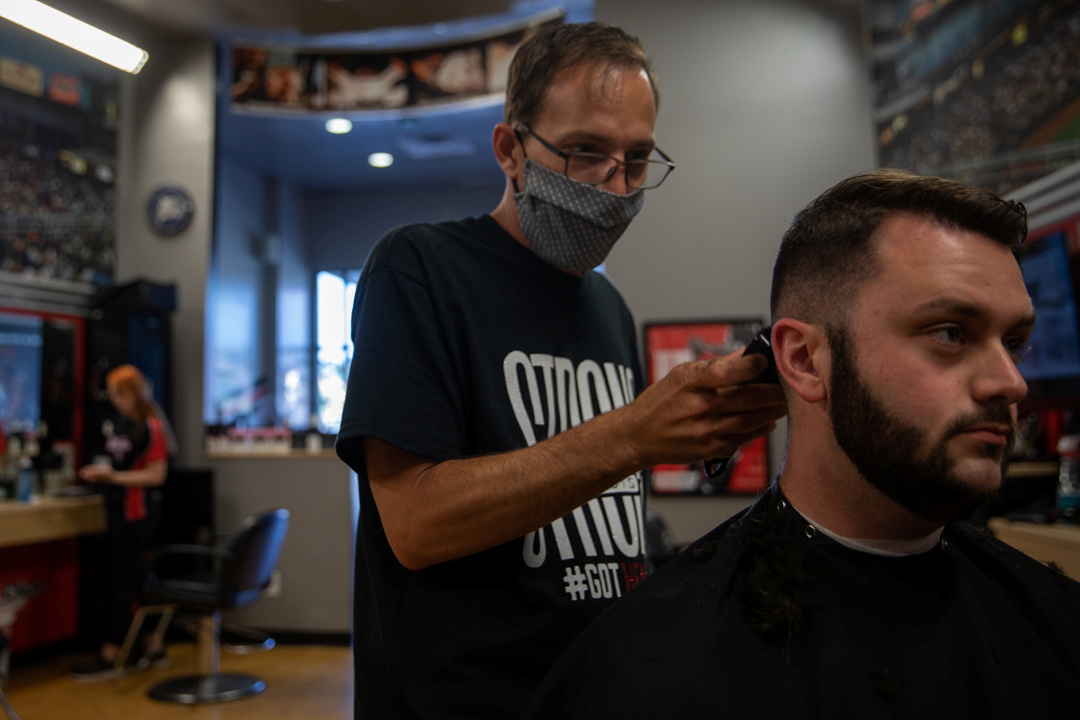 Hair salons can only admit customers by reservation. Restaurants will have to keep distances between tables and can't exceed 25% of their normal capacity.

Anchorage is delaying the new rules until April 27. 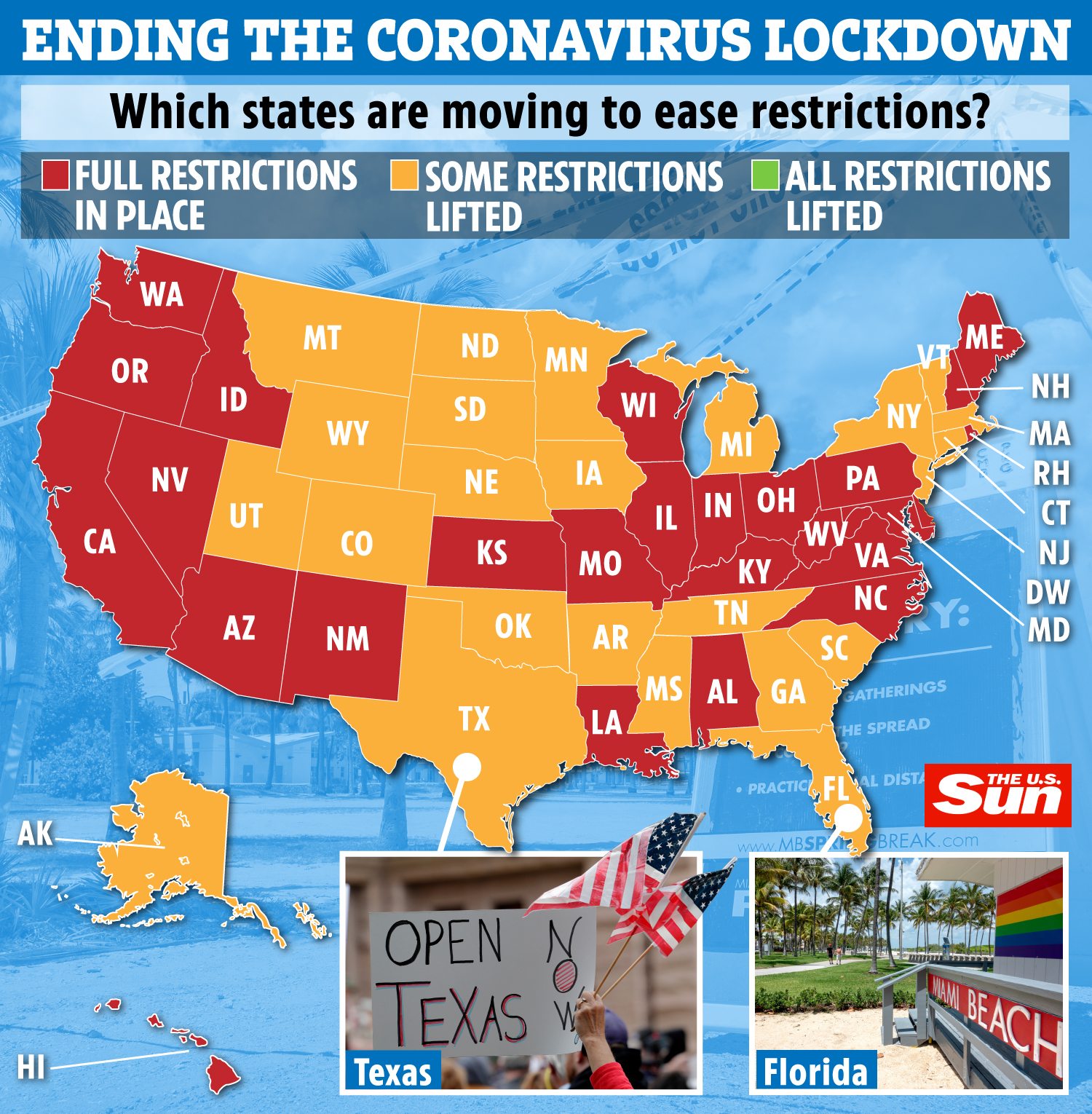 Gov. Bill Lee announced his stay at home order would not extend past April 30.

"For the good of our state, social distancing must continue, but our economic shutdown cannot," he said at a Monday afternoon briefing.

A governor-appointed, 30-member economic recovery group is working with industry leaders to ensure that some businesses can reopen as early as April 27, the Tennessean reported.

However this doesn't necessarily apply to some of the state's largest cities, where local authorities have the power to determine when restrictions will be eased.

State parks reopened last week, while restaurants opened on Monday, amid a spike in coronavirus cases.

On Wednesday, retail stores can reopen at 50% capacity. 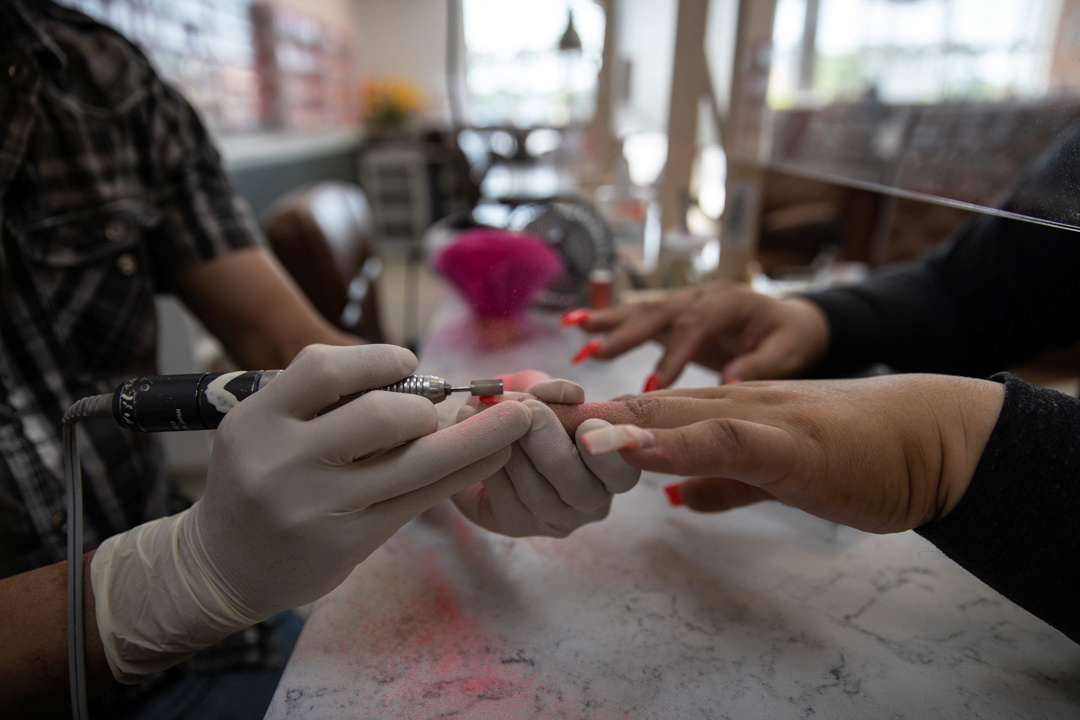 Montana's governor Steve Bullock released a plan on Wednesday detailing how churches, businesses and schools can open again over the coming three weeks.

Retail businesses can open on Monday if they adhere to social distancing, while restaurants, bars, breweries, and distilleries can begin providing some in-establishment services beginning May 4.

Movie theaters, gyms, and other venues where social distancing is impossible will remain closed.

Out of state travelers are still required to quarantine for 14 days upon arrival in Montana. 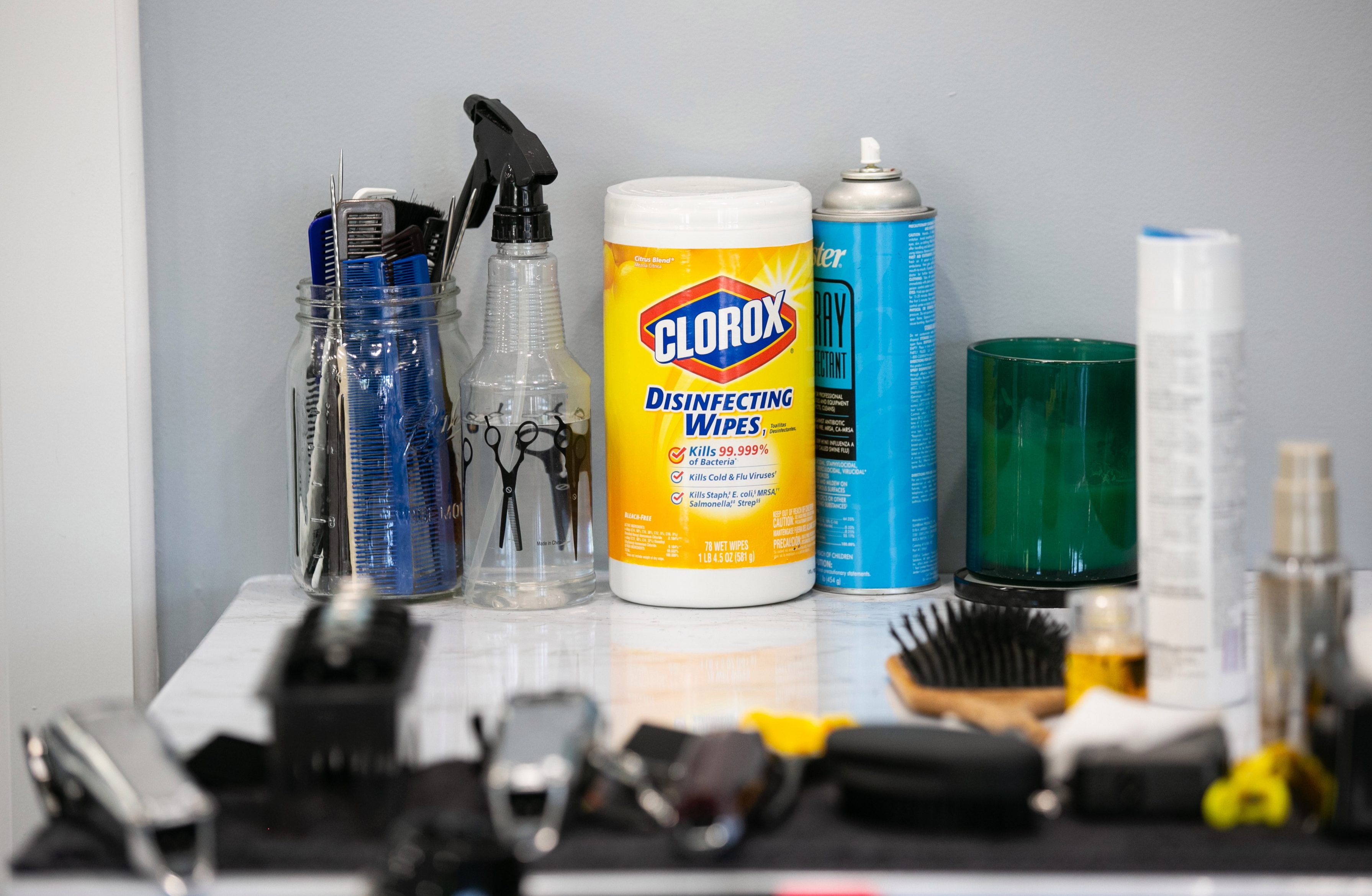 Restaurants will be allowed customers but only to 50% of their normal capacity.

Salons, massage parlors and tattoo businesses can reopen but may only have 10 people at a time inside, and everyone must wear face coverings.

Bars and movie theaters are to remain closed until May 31.

Gov. Pete Ricketts was among the handful of state leaders who did not issue a stay at home order.

Nevada's governor Steve Sisolak announced his state would be joining California, Oregon, Colorado and Washington in their Western States pact for reopening their economies.

Nevada's stay at home order lasts until April 30, and Sisolak has not announced any plans to extend it, but has said his state is "clearly not ready to reopen".

Although Colorado has announced its reopening plans, California, Oregon and Washington have not.