A Britpop star has been accused of stalking the song-writing partner who had revived his career.

Paul Draper, 52, allegedly sent a barrage of ‘abusive and sexually orientated’ messages to Catherine Anne Davies and her boyfriend.

The veteran rocker’s band Mansun knocked Blur off the top of the UK album chart 25 years ago. But after a series of hits, the band broke up and he stopped performing.

Draper only returned to the stage after working with rising star Miss Davies, 37, which led to her helping him to write his first solo album. 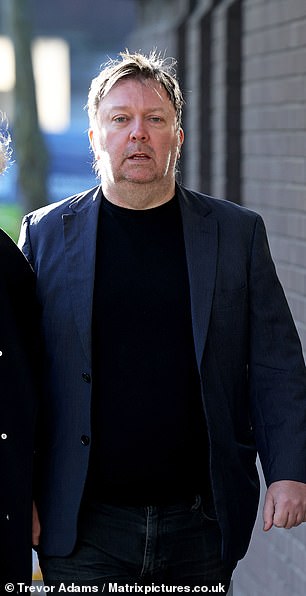 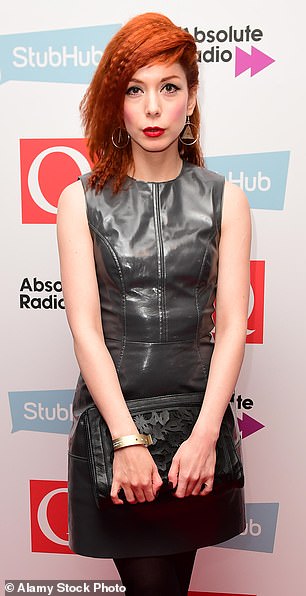 Multi-talented Miss Davies performs as The Anchoress and has played in Simple Minds and duetted with the Manic Street Preachers.

She also has a PhD and lectures university students as well as being a social media consultant to the stars.

Draper denies launching a campaign of harassment against her.

Magistrates in Guildford, Surrey, were told last month the musicians had once been in a relationship and wrote songs together, work which led to him getting back behind the microphone seven years ago. But their partnership has fallen apart, it was claimed.

Barrister Kris Berlevy, speaking for Surrey Police, said: ‘Mr Draper and Miss Davies are professional songwriters and were once in a relationship which was rekindled in 2017, before coming to an end in 2018. Since then there has been a sustained campaign by Mr Draper of emails, social media messages, and the like, against her and her partner.

‘The messages take the form of abusive and sexually orientated messages, which are extensive and regular.’

The full allegations against the rocker, who lives in a £500,000 flat in Weybridge, Surrey, are to be heard next May to allow him to go on tour from March to April.

But the court imposed an interim stalking protection order at the request of the police. Mr Berlevy told the court that it was believed Draper had ‘carried out acts associated with stalking, and poses a risk’, and that there were 116 pages of evidence. 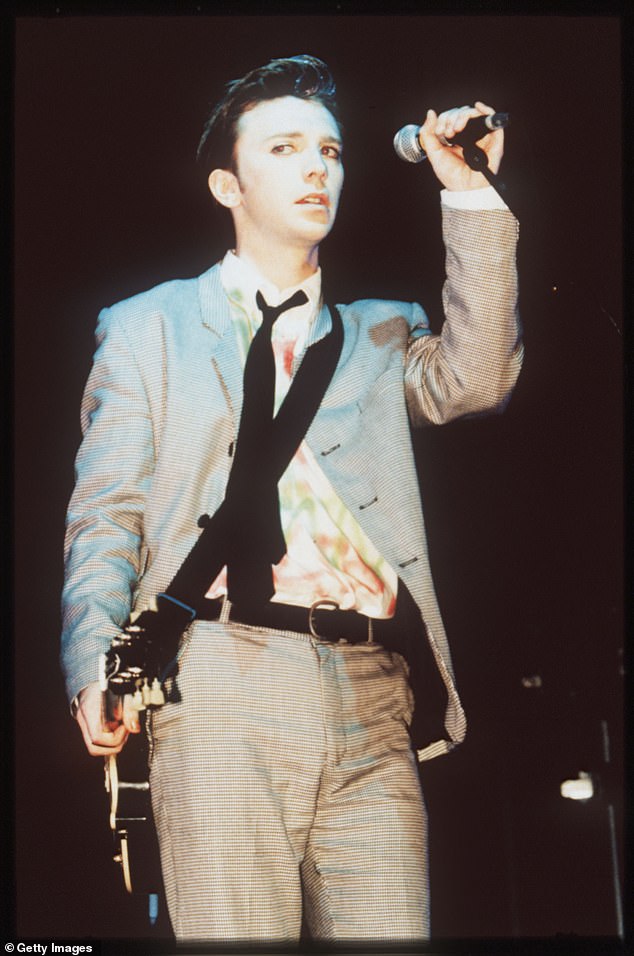 The veteran rocker’s band Mansun knocked Blur off the top of the UK album chart 25 years ago. But after a series of hits, the band broke up and he stopped performing. Draper (pictured in 1998) only returned to the stage after working with rising star Miss Davies

Draper is prohibited from contacting Miss Davies or her boyfriend and manager Sean Adams, 41, or any of her family members, by any means, from ‘inciting another person to do so’, or publishing any material which refers to them.

He is also expressly forbidden from signing up to any websites or subscriptions in her name, or from visiting her family home in Aylesbury, Buckinghamshire, or the £450,000 house she shares with Mr Adams nearby in Stoke Mandeville.

Breaking the rules could mean instant prison. Draper denies wrongdoing, saying he was not responsible for ‘the vast majority’ of allegedly ‘aggressive and derogatory’ messages and there was a ‘significant background’ to any contact he had made himself.

Mansun’s debut 1997 album Attack of the Grey Lantern entered the charts at Number One, replacing Blur. They had five Top 40 singles in a year, including Wide Open Space, but split up in 2003.

Draper, originally from Liverpool, said fans launched a petition calling for him to perform again after he produced and sang on Miss Davies’ debut The Anchoress album in 2015 called Confessions of a Romance Novelist.

The next year he produced his first solo album, Spooky Action, written with her help, and hit the Top 20.

Draper’s solo songs include Jealousy is a Powerful Emotion, of which he has said: ‘Jealousy towards acquaintances can get out of control and become very dangerous.’

Miss Davies’ 2021 album The Art of Losing was acclaimed by some as the record of the year. Speaking before falling out with Draper, she described their writing partnership, saying: ‘I sit at the piano, Paul sits with a guitar, we shout at each other and compete to write better choruses.

‘And then he tells me that he is better at writing melodies, and I say I’m better, then we both write two choruses and it’s like Abba went wrong.’

She has said she wrote a song called Show Your Face, about her experience of the music business, adding: ‘Then, the news was full of Harvey Weinstein and these types who see people as puppets.’

Moment male bus driver fights with woman who he claims attacked HIM
I’m a Christmas tree expert, and this is how you keep your firs festive all season | The Sun
Popular News
Claudia Cardinale: 6 Decades in the Movies
02/02/2023
Stuart Broad builds up to second Virtual Test with Sri Lanka
26/03/2020
Bindi Irwin Made Last-Minute Changes to Her Wedding Due to Coronavirus Lockdown
26/03/2020
Widow on The Repair Shop leaves viewers sobbing
26/03/2020
Coronavirus lockdown: Global quarantine reveals weird fact about humanity
26/03/2020
Recent Posts