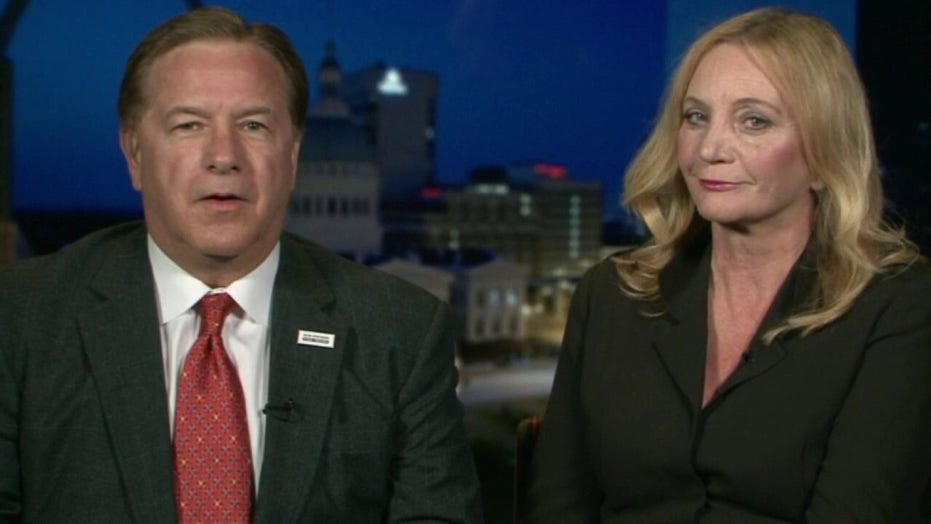 St. Louis Circuit Attorney Kim Gardner is facing a disciplinary hearing that could result in the loss of her law license.

An investigation launched in 2019 by the office of Alan Pratzel, the chief disciplinary counsel appointed by the Missouri Supreme Court, has found probable cause that Gardner committed professional misconduct during her past attempts to prosecute former Republican Gov. Eric Greitens, KMOV reported.

The case was assigned Tuesday to go before a hearing, Fox 2 reported. A state webpage published Tuesday lists Gardner’s name among other cases pending before disciplinary hearing panels against Missouri lawyers.

“As the Circuit Attorney has repeatedly proven time after time, she has acted in full accordance with the law during the investigation into former Governor Greitens,” Gardner’s office said in a statement released Tuesday evening. “Despite several investigations attempting to uncover illegal wrongdoing by her office in this case, none has ever been found. We are confident that a full review of the facts will show that the Circuit Attorney has not violated the ethical standards of the State of Missouri.”

Gardner later made national headlines in a separate investigation into Mark and Patricia McCloskey, who were indicted by a St. Louis grand jury in October on felony charges of unlawful use of a weapon and tampering with evidence.

The McCloskeys, two married defense attorneys in their 60s, were seen in viral photographs with guns outside their mansion as demonstrators marched through their private St. Louis neighborhood on the way to the home of then-Mayor Lyda Krewson on June 28 amid nationwide protests in response to the death of George Floyd.

The couple said they felt threatened after protesters broke down an iron gate and ignored a “No Trespassing” sign. Protest leaders denied damaging the gate and said the march was peaceful.

In a statement last June, Gardner described the encounter between the McCloskeys and the crowd as “a violent assault” against those exercising their First Amendment rights. Missouri Gov. Mike Parson, a Republican, previously called Gardner’s action toward the couple “outrageous.”

Last month, the attorney representing the McCloskeys, Joel Schwartz, filed a motion seeking to send the case back to the grand jury to decide if the couple should have been indicted in the first place, citing alleged “bias” at Gardner’s office that he said tainted the grand jury process. But Circuit Judge David Mason denied the motion on Friday and set trial for Nov. 1. The next hearing will be in June. 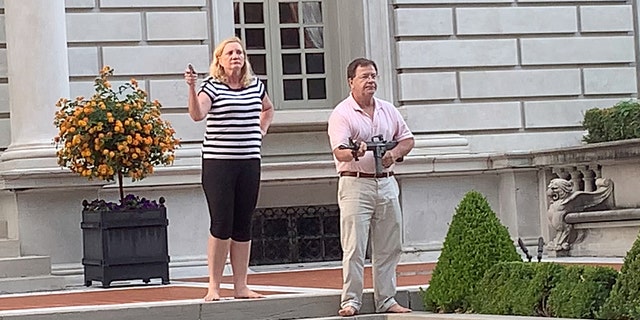 Greitens resigned in June 2018 amid a sex scandal, criminal charges and ethics investigations. After the conclusion of a criminal case later that year, his attorneys filed complaints against Gardner’s law license, alleging Gardner had an ethical obligation to correct the record during a deposition of private investigator William Tisaby.

Tisaby has since been charged with six counts of perjury and one count of tampering with evidence after a special prosecutor determined that he had lied under oath.

Gardner, a Democrat, launched an investigation in January 2018 after TV station KMOV aired a report that Greitens, a married father of two, had had an affair in 2015 with his St. Louis hairdresser. The report suggested the governor also blackmailed the woman and threatened to release a photo depicting her partially nude if she exposed their relationship.

The probe resulted in a St. Louis grand jury indicting Greitens on a felony invasion of privacy charge on Feb. 22, 2018. Gardner hired Tisaby to conduct interviews with the woman.

Complaints made by Greitens’ team accuse Gardner, who was present when Tisaby gave his deposition, of ignoring her professional responsibility to correct the record. But Gardner claimed she did not have an obligation to do so because she was not representing Tisaby at the time.

Shortly after jury selection began in May 2018, a judge ordered Gardner to provide a statement under oath at the request of Greitens’ attorneys. They had accused Gardner of allowing the private investigator she hired to commit perjury and withhold evidence.

Gardner said she had no choice but to drop the charge because Missouri’s rules of professional conduct prohibit attorneys from litigating a case in which they’ve been called as a witness.

Fox News’ David Aaro and the Associated Press contributed to this report.

Related posts:
Marilyn Manson Faces Prison Time as New Accuser Comes Forward: I Survived the Most Terrifying Monster In the World
Piers Morgan slams 'sickening woke campaign' that turned Snow White's Prince Charming into a 'predator
Popular News
What The Summer Solstice On June 20 Means If You’re A Pisces
18/06/2021
Stuart Broad builds up to second Virtual Test with Sri Lanka
26/03/2020
Bindi Irwin Made Last-Minute Changes to Her Wedding Due to Coronavirus Lockdown
26/03/2020
Widow on The Repair Shop leaves viewers sobbing
26/03/2020
Coronavirus lockdown: Global quarantine reveals weird fact about humanity
26/03/2020
Recent Posts
This website uses cookies to improve your user experience and to provide you with advertisements that are relevant to your interests. By continuing to browse the site you are agreeing to our use of cookies.Ok