Shoppers spotted buying 'non-essential' goods at The Range in Bristol

Is that REALLY essential shopping? Hundreds of shoppers are spotted defying government orders to stay at home and only shop for essential items at The Range in Bristol

Shoppers across Britain have been criticised for making non-essential trips to the shops despite government recommendations to reduce their exposure to coronavirus.

In Bristol, hundreds of shoppers were spotted at The Range,  buying plants, a cat play centre and a lamp shade.

Some police forces have been vigorously enforcing the government’s lockdown rules, establishing roadblocks to determine whether a journey was necessary. 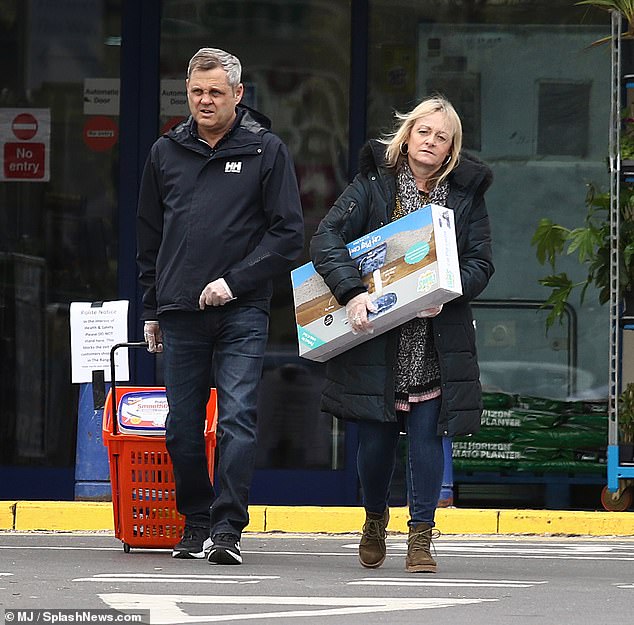 Shoppers have been criticised for going out to pic up non-essential goods such as this cat play centre, ignoring the government’s plea to remain at home. These shoppers were visiting The Range in Bristol 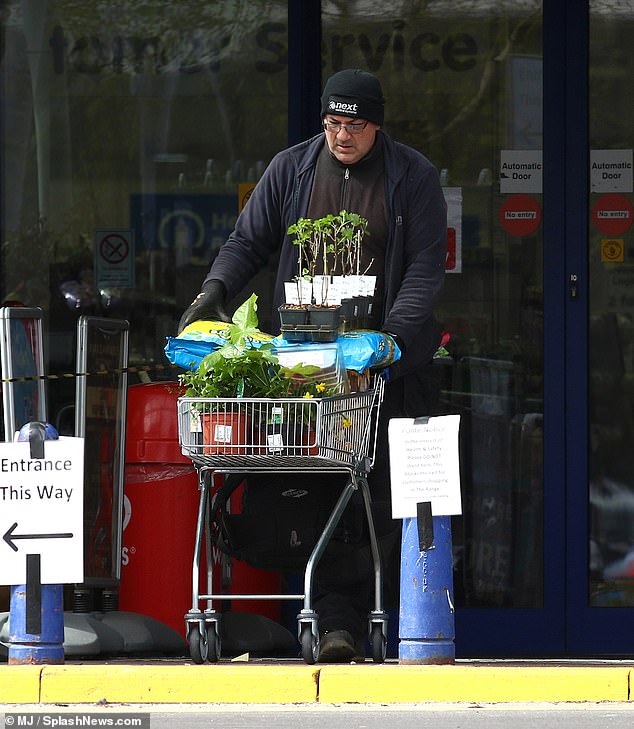 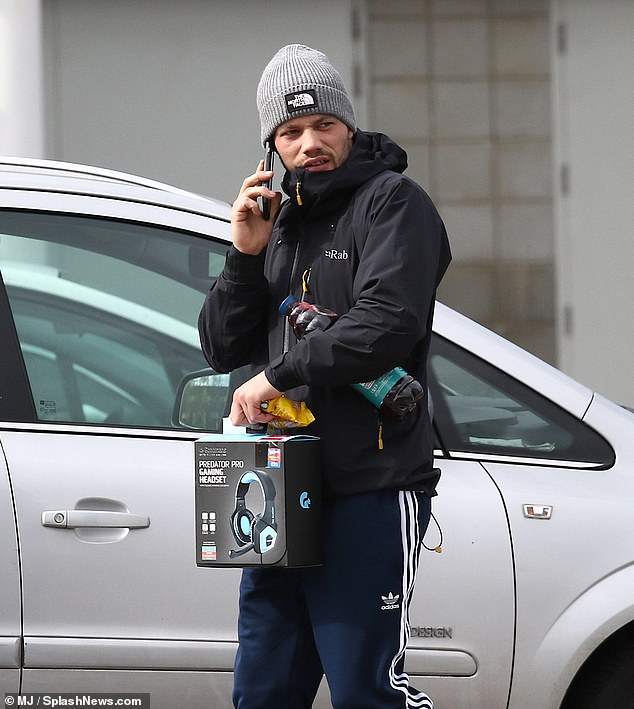 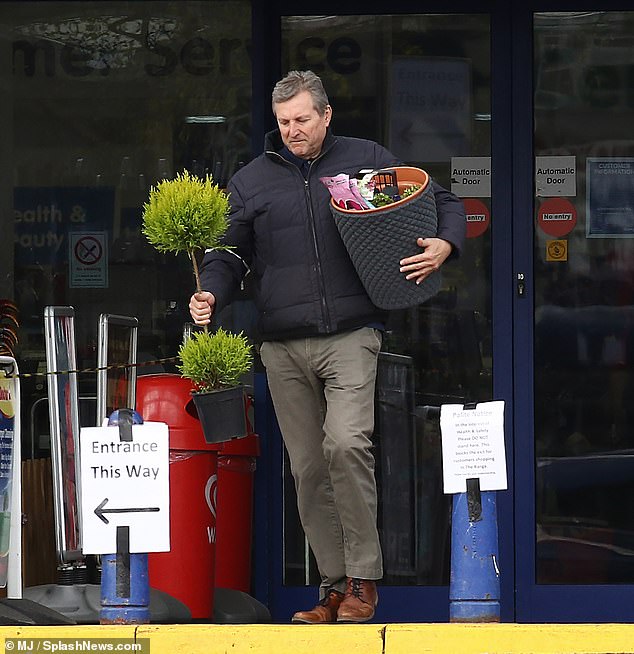 New regulations brought in last Thursday give police the power to issue instant £30 fines to people who gather in groups of more than two people or leave their homes without good reason such as for work, food-shopping or exercise.

The measures were introduced to help stop the spread of COVID-19 after thousands of Britons appeared to be ignoring advice on social distancing.

As the death toll in Britain rose above 1,400 and hospitals strugged to cope with thousands of cases, some people focused their wrath on a reported Easter egg ban.

The Association of Convenience Stores (ACS) said some retailers had been told by police and local authorities to restrict what they sold, including Easter eggs.

To fight the coronavirus, the government has ordered pubs, restaurants and nearly all shops to close and drafted in new regulations.

The weekend before the new regulations were introduced, parks and beauty spots had been packed, leading to the Archbishop of Canterbury to tell people not to act selfishly. 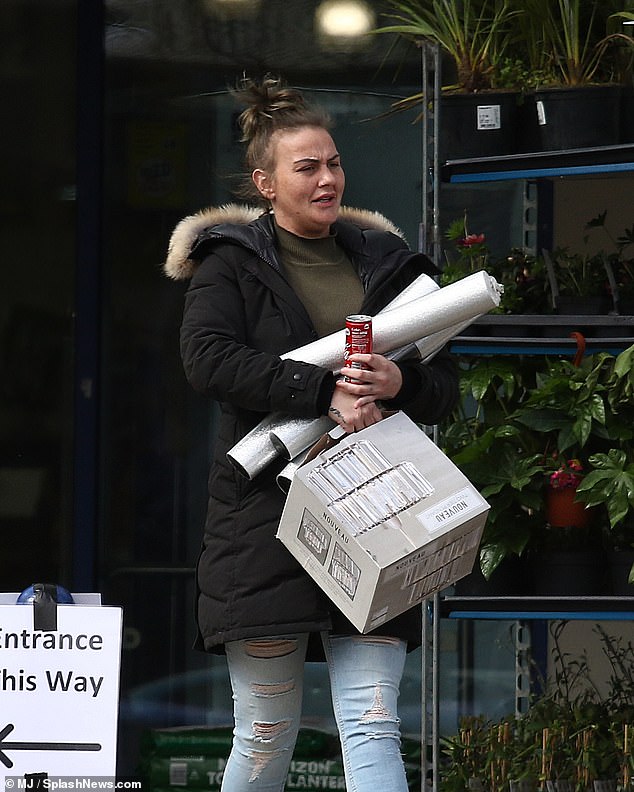 This woman bought a new lampshade during her trip to The Range in Bristol, pictured

But there appeared to be confusion about how the new rules should be enforced, with a number of regional forces taking much stricter approaches than others.

In some areas, random road checkpoints to see where drivers were going have been brought in. Police in Derbyshire, central England, used drones to monitor beauty spots and put dye into a lake to discourage visitors.

Officers in some places have taken action against multiple people from the same household going to shops – even though there is no specific bar on this – and police in Lancashire, northern England, said they had issued 123 fines over the weekend. Other forces have not fined anyone.

Some commentators said the measures risked undermining public trust in the police, traditionally seen as far less authoritarian than in many other countries.

Many Britons still cherish the image of the friendly ‘bobby on the beat’, although community policing has been hit hard by spending cuts in recent years.

‘The tradition of policing in this country is that policemen are citizens in uniform, they are not members of a disciplined hierarchy operating just at the government’s command,’ Jonathan Sumption, a former UK Supreme Court judge, told the BBC.

Martin Hewitt, chairman of the National Police Chiefs Council, said they were looking to ensure consistency in the police response as everyone got to grip with the new ‘unprecedented measures’.

‘Our plan is that we will engage with people, we will explain the measures…we will encourage people to go home but then as a very last resort we will enforce,’ he told BBC radio.

Transport Minister Grant Shapps said police had a difficult job and were doing it well even if in a few cases police had gone ‘perhaps a bit further than they should have gone.’

‘But in general terms I think the case is that if people help everybody out, including the police, by staying home and the rest of it, then there will be no problems,’ he told Sky News.

Police have also highlighted antics of people who have flouted the guidelines.

Traffic cops in northwest England said they had stopped a car with a man who had gone on a 200-mile trip to buy windows with his wife in the trunk, while South Wales Police said officers had questioned one man who told them: ‘My journey is essential. I had to buy weed.’

Why are Neighbours and Home and Away not on today and when are they back?
Morrisons food box: How to get Morrisons food box delivery
Popular News
The Witcher: Blood Origin Trailer Ends With [Spoiler]'s Surprise Return
03/12/2022
Stuart Broad builds up to second Virtual Test with Sri Lanka
26/03/2020
Bindi Irwin Made Last-Minute Changes to Her Wedding Due to Coronavirus Lockdown
26/03/2020
Widow on The Repair Shop leaves viewers sobbing
26/03/2020
Coronavirus lockdown: Global quarantine reveals weird fact about humanity
26/03/2020
Recent Posts