Scotland has become the first nation in the world to make sanitary products available to all who need them following the passing of a landmark legislation in Parliament today.

The Bill, which was brought forward by Labour health spokeswoman Monica Lennon, was unanimously approved by MSPs after winning the support of the Scottish Government and the other opposition parties in Holyrood.

The move is intended to eliminate period poverty and help households under financial strain in the country.

Ms Lennon said the Period Products (Free Provision) (Scotland) Bill was a ‘practical and progressive’ piece of legislation, made all the more vital because of the coronavirus pandemic. 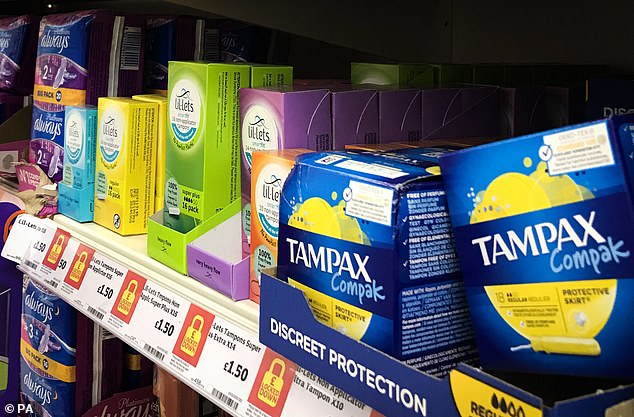 The landmark legislation means sanitary products will be available to all who need them in Scotland. (Stock image) 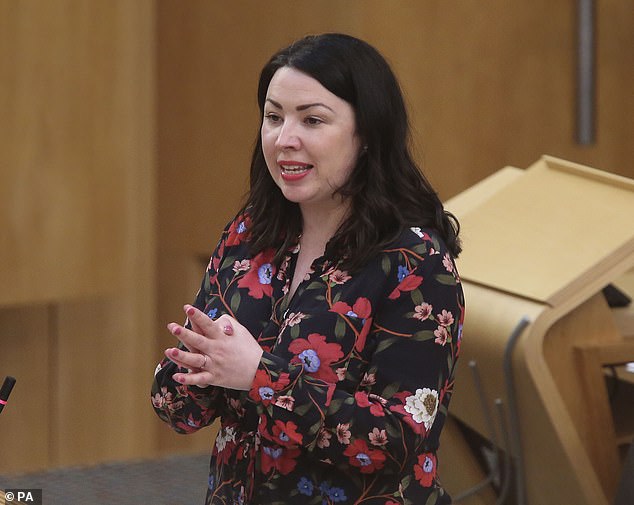 She said: ‘Periods don’t stop for pandemics and the work to improve access to essential tampons, pads and reusables has never been more important.’

The Labour MSP has been working to tackle period poverty since she was elected to Holyrood in 2016.

She said: ‘On the issue of period dignity, I am beyond proud that Scotland is leading the way and we have moved at a fast pace in a short space of time.’

Ms Lennon told MSPs: ‘We have got here because we have worked together. We have shown that this Parliament can be a force for progressive change when we collaborate.

‘Our prize is the opportunity to consign period poverty to history. In these dark times we can bring light and hope to the world this evening.’

Her Bill was passed by 121 votes to zero after winning the support of the Scottish Government and the other opposition parties in Holyrood.

Following the announcement Nicola Sturgeon took to Twitter to write: ‘Proud to vote for this groundbreaking legislation, making Scotland the first country in the world to provide free period products for all who need them.

‘An important policy for women and girls. Well done to @MonicaLennon7 @ClydesdAileen  and all who worked to make it happen.’

Scotland’s Communities Secretary Aileen Campbell hailed the passing of the legislation as a ‘significant moment for gender equality’.

She said it was a ‘great privilege to be here today on a day that we will commit to Scotland becoming the first country in the world to legislate to ensure that free period products are available to all who need them’. 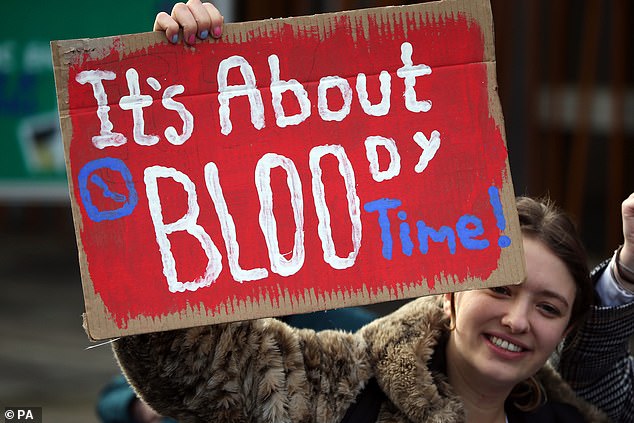 It is hoped that the measures will eliminate period poverty in the country and help households under financial strain. Pictured: A supporter of the Period Products bill at a rally outside Parliament in Edinburgh earlier this year 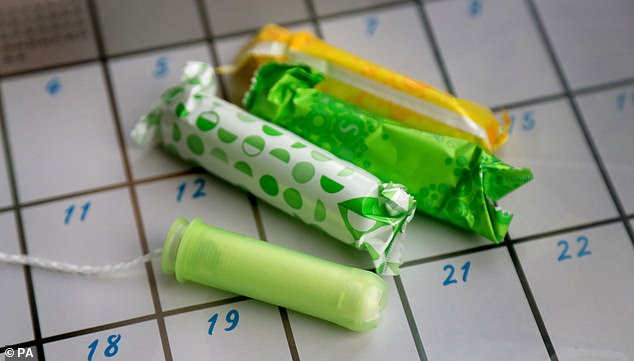 The  Bill was passed by 121 votes to zero and won the support of the Scottish Government and the other opposition parties. (Stock image)

Ms Campbell added: ‘This legislation will do much to advance equality and social justice here in Scotland and elsewhere, as other countries seek to follow our path.’

Rose Caldwell, chief executive of the charity Plan International UK, said: ‘In making this world-first commitment, the Scottish government has shown itself to be a pioneer in tackling period poverty, and we hope that nations around the world will follow its lead.

‘With this landmark legislation, Scotland could soon become the first country in the world to eliminate period poverty once and for all, and with household finances under strain from the coronavirus restrictions, the need has never been greater.

‘This new law will help to ensure that no girl or woman in Scotland struggles to afford period products.’

She added that rollout of the legislation would be ‘critical’, saying: ‘Period poverty is driven by a ‘toxic trio’ of issues, which on top of the cost of period products, includes a lack of education and the stigma and shame surrounding menstruation.

‘We know, for example, that only a third (31%) of girls in Scotland feel comfortable asking teachers for period products in school.

‘That’s why, alongside free products, we need education and training for girls, schools and parents to help tackle the stigma and embarrassment around periods as well as the cost.’