PROFESSOR Jonathan Van-Tam has revealed on GMB he will get a Boston United football tattoo on his shoulder after the pandemic.

🦠 Read our coronavirus live blog for the latest news & updates… 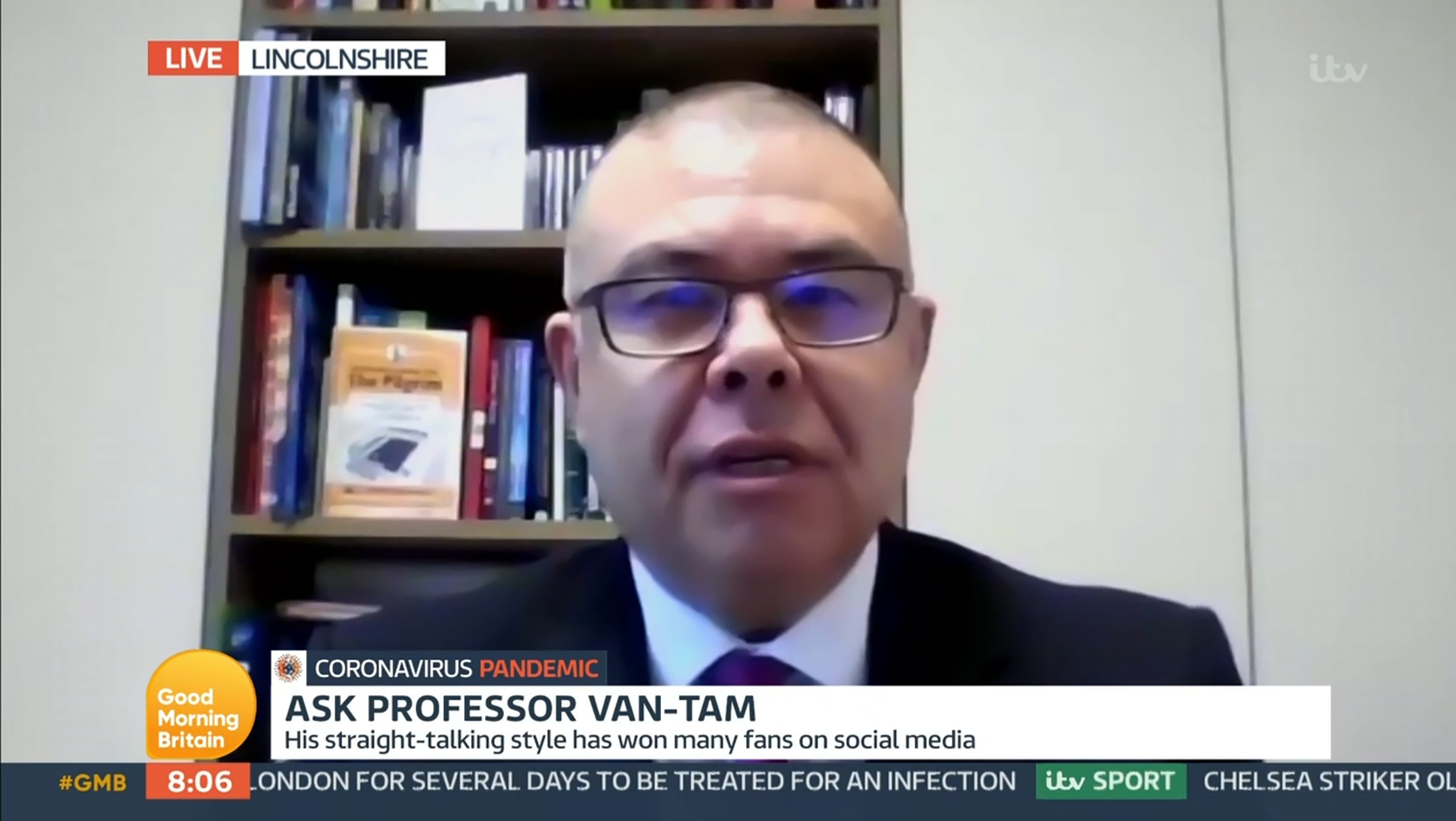 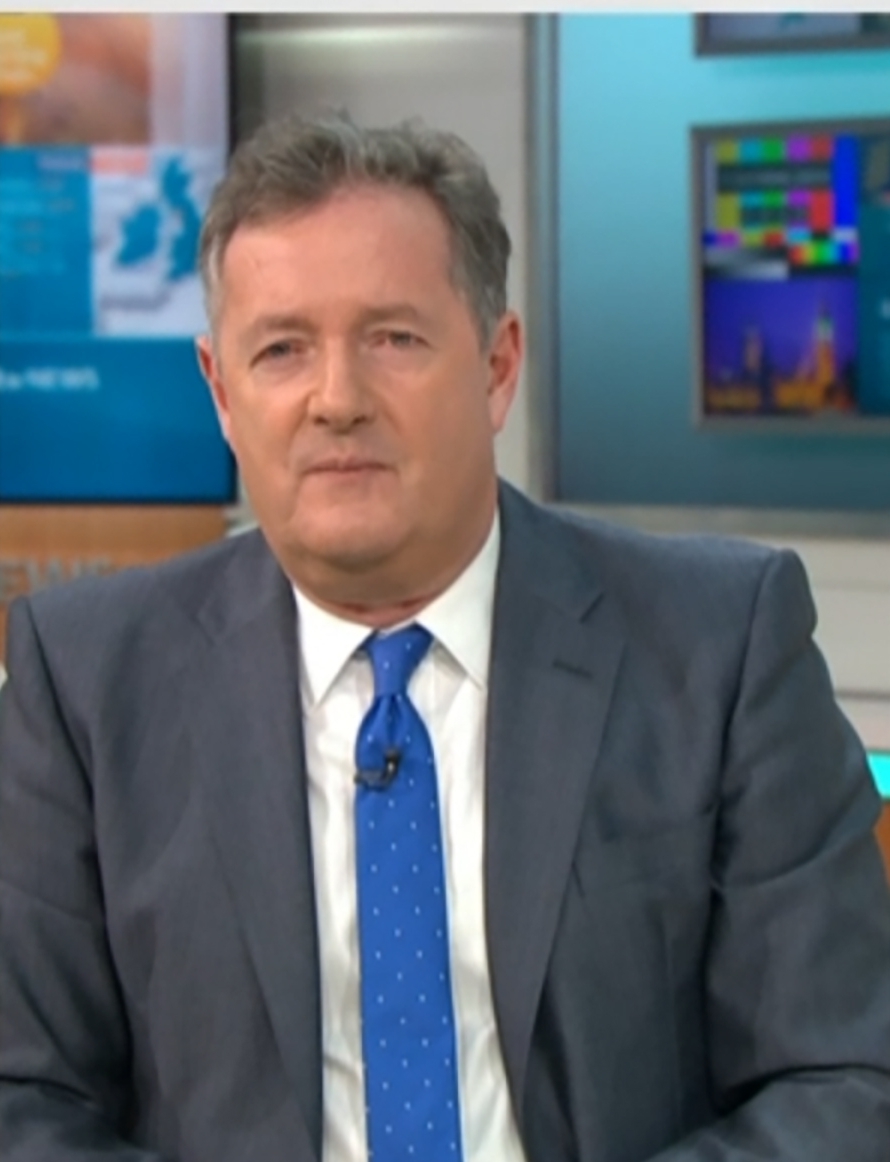 Prof Van-Tam – known as JVT – said recently he has a season ticket with the National League North side.

The expert has become the breakout star of the Government's Downing Street Covid press briefings during the pandemic.

His colourful metaphors have shown Britain's way out of the Covid crisis- as he today hailed the UK's "stunning" vaccine programme.

And when Piers asked this morning if he had a tattoo, the proud footie fan admitted he was "primed for the question" after the GMB presenter yesterday mocked a headmaster with tattoos on his arms.

Prof Van-Tam said: "The subject does come up quite regularly in the Van Tam household.

"It's about when the moment is right, when all this pressure has finished, and maybe I'm in a quieter phase in my career, I will have a little, left deltoid BUFC."

Piers said: "I think I can let you have a pass on that, Professor".

Prof Van-Tam – who has become a household name during the Covid crisis – also admitted he doesn't mind his JVT nickname .

He said: "I don’t mind… in actual fact, behind the scenes, everyone calls me JVT." 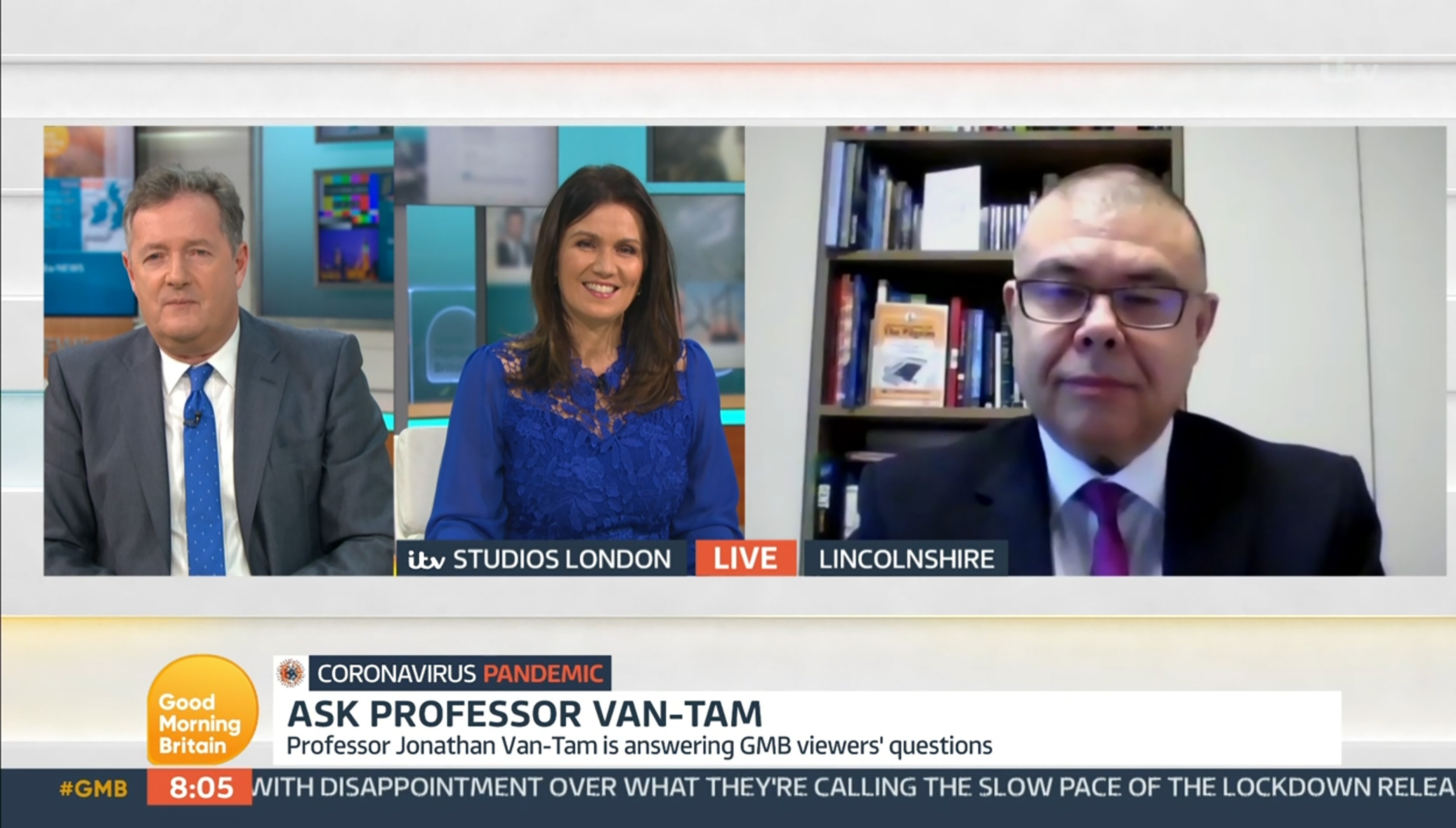 Hailing Britain's vaccine rollout, he said there was "really good evidence" of the jabs "going at quite some pace" in January and February.

The data from Scotland was "really impressive" Prof Van-Tam said.

There were also "very clear" signs that vaccines were slashing infections and the risk of hospitalisation and death among over-80s after one dose.

Maybe I'm in a quieter phase in my career, I will have a little, left deltoid BUFC

And he believed current vaccines would "reduce the likelihood of severe disease" from the South Africa or Brazil variant.

Children's return to schools on March 8 shouldn't cause cases to spike after the top four priority groups – including older people -were vaccinated, he believes.

Prof Van-Tam said: "Because we are taking out of the line of fire those older people in households through the vaccine programme, we probably won't see the same kind of impact from opening schools we might have done in a pre-vaccination era.

"I think we are in a much more optimistic place now because of the quite stunning effects so far of the vaccine programme."

The top doctor said he would advise pregnant women to speak to GPs about having the vaccine, slamming "all this nonsense that is out there about fertility".

Prof Van-Tam said: "There is no evidence there are any issues in relation to planning a family or fertility.

"If you are in risk condition and you are called my advice would be to get on and take the vaccine."

Echoing the Chief Medical Officer Chris Whitty, he said healthcare workers had a "responsibility" to take the vaccine.

Prof Van-Tam said: "I think healthcare workers have always had a professional responsibility to take steps themselves to prevent them from being in a position where they can harm patients from any infectious diseases they might have."