Kai McLeish, nine, and older brother Danny, 12, were last seen at around 11.30am on the morning of Tuesday, March 31.

The pair were last located on Erneley Close in Levenshulme, south Manchester. 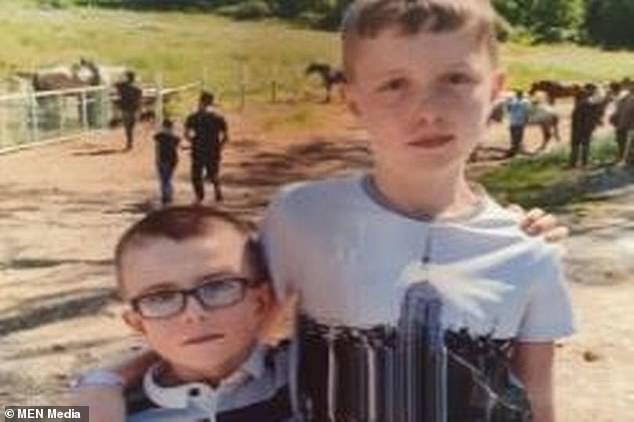 Kai McLeish (left) and his brother Danny were last seen on the morning of Tuesday, March 31

Their whereabouts are now unknown, but police believe they may have travelled to Gorton or Tameside.

Kai is around 4ft tall and wears glasses. He was last seen wearing a green bubble jacket, black Nike trainers, and shorts.

Danny is around 5ft tall and was wearing grey joggers with a long green parka and fur hood.

One of them may be riding a bike.

Greater Manchester Police said: ‘Concerns are growing for their safety and family are desperate for information.

‘If you have seen the brothers please call police immediately.’

Wedding Album: Did You Get Engaged During the Coronavirus Lockdown?
Influencers and Editors Are Wearing This Leisure Brand Nonstop
Popular News
Back pain: Does your lower back hurt? Effective treatments for a herniated disk
05/07/2022
Stuart Broad builds up to second Virtual Test with Sri Lanka
26/03/2020
Bindi Irwin Made Last-Minute Changes to Her Wedding Due to Coronavirus Lockdown
26/03/2020
Widow on The Repair Shop leaves viewers sobbing
26/03/2020
Coronavirus lockdown: Global quarantine reveals weird fact about humanity
26/03/2020
Recent Posts