One in 10 British charities may face going out of business in the next six months due to the coronavirus pandemic, warns think tank boss

As many as one in 10 charities could go out of business in the next six months due to the coronavirus pandemic, a think tank boss has warned.

Sir Stephen Bubb, director of Charity Futures, suggested there are ‘too many’ non-profit and voluntary organisations and that more should look to merge together.

His comments come as Oxfam announced it will be laying off 1,450 staff – almost a third of those on the books – as it pulls out of 18 countries around the world. 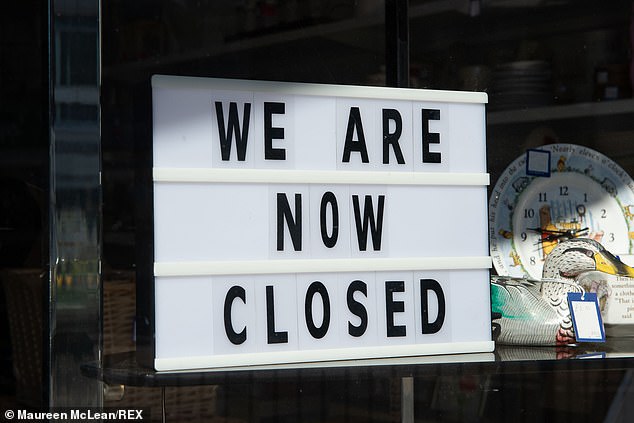 A ‘We are now closed’ sign appeared in a charity shop window in Beaconsfield, Buckinghamshire earlier this month as a think tank boss warns as many as one in 10 charities could go out of business in the next six months due to the coronavirus pandemic

Sir Stephen told BBC Radio 4’s The World At One Programme: ‘A group of economists estimate that something like one in 10 charities will go bust in the next six months.’

He added: ‘I think the public believe there are too many charities, I think that is probably true, I think we should be looking at more mergers and consolidation in our sector.

‘This has also shown that the infrastructure for charities is incredibly weak. Donors want money to go to the front line, not on things like IT systems, and yet we need to do that.

‘Our governance structures in some cases are antiquated, we have an ineffective regulator and the Government… frankly the relationships with Government are dire at a time when actually you would think the Government would be looking to the strength in charity in terms of motivating, organisers volunteers and community action. 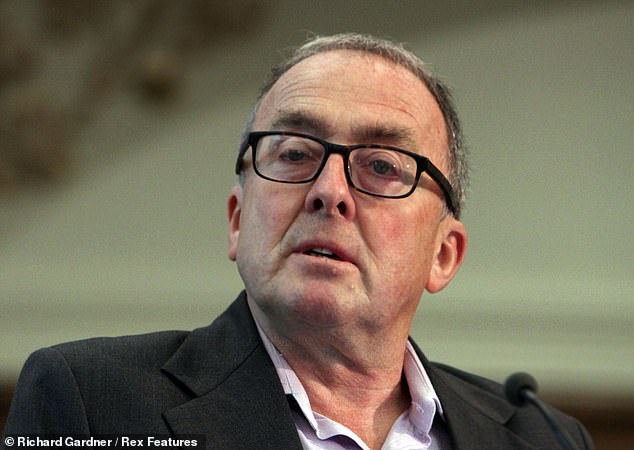 Sir Stephen Bubb, director of Charity Futures, pictured, suggested there are ‘too many’ non-profit and voluntary organisations and that more should look to merge together

‘Ministers are quite hostile and I don’t quite know why, so there is a lot we need to look at in terms of inquiry.’

Oxfam bosses revealed the drastic cuts as they come to terms with the financial fallout of the Covid-19 crisis.

The charity said continuing uncertainty over how quickly countries will come out of lockdown make the financial repercussions ‘difficult to accurately quantify’.

Charity shops have had to close and fundraising events have had to be cancelled, with Oxfam trying to balance the books by freezing staff hires, furloughing employees, slashing travel budgets as well as voluntary salary cuts from senior staff.

Oxfam International Interim Executive Director Chema Vera said: ‘The coronavirus has made Oxfam’s work helping the world’s most vulnerable people more vital than ever while, at the same time, it is impacting on our capacity to deliver. 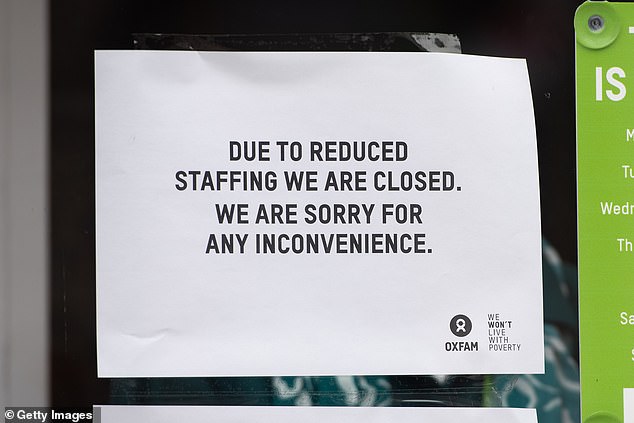 Oxfam announced it will be laying off 1,450 staff – almost a third of those on the books – as it pulls out of 18 countries around the world. Pictured: A sign informing of an Oxfam charity shop closure

‘We are enormously grateful to our donors and supporters whose continuing generosity is helping us rise to this unprecedented challenge.

‘I would like to place on record my deepest thanks to our staff and the brilliant work they have achieved in helping the people and communities we work with improve their lives.

‘The organisational changes we have announced today, combined with further phases of transformation in the months ahead, will be the foundation for our future over the coming decade as the longer-term effects of this devastating pandemic become clearer.

‘The tough decisions we announce today will allow us to continue making a positive impact on the lives of people living in poverty in ways we believe will be even more relevant and focused than before.

‘It is the blueprint too of how we will usher in changes to the rest of our network to support it, ensuring that the global Oxfam confederation is on a stable financial footing.’

Related posts:
Nicola Sturgeon…the star politician of the coronavirus crisis (cough, cough) – The Sun
A new 'reverse solar panel' generates electricity from the shadows
Popular News
Ex-wife of Arsenal's Andrey Arshavin denies botched nose job
22/01/2021
Stuart Broad builds up to second Virtual Test with Sri Lanka
26/03/2020
Bindi Irwin Made Last-Minute Changes to Her Wedding Due to Coronavirus Lockdown
26/03/2020
Widow on The Repair Shop leaves viewers sobbing
26/03/2020
Coronavirus lockdown: Global quarantine reveals weird fact about humanity
26/03/2020
Recent Posts
This website uses cookies to improve your user experience and to provide you with advertisements that are relevant to your interests. By continuing to browse the site you are agreeing to our use of cookies.Ok