Nurse struck down with coronavirus one week after returning to NHS

Nurse, 42, is struck down with coronavirus and forced into self-isolation one week after returning to NHS frontline from private sector to fight the disease

A nurse has been struck down with coronavirus and forced into self-isolation one week after returning to the NHS frontline from the private sector to fight the deadly pandemic.

Victoria Hume, 42, was diagnosed with Covid-19 on Saturday morning after having a swab test the day before.

She had only returned to the A&E department of Maidstone Hospital, Kent, the previous Saturday and had been assessing potential in-patients at the door.

The mother-of-two left the health service 18 months ago to focus on her private clinic Maidstone Aesthetics which she set up more than 10 years ago.

But as the coronavirus pandemic spread across the UK, Victoria answered the call to arms and couldn’t wait to get started, believing it was something she was ‘born to do’. 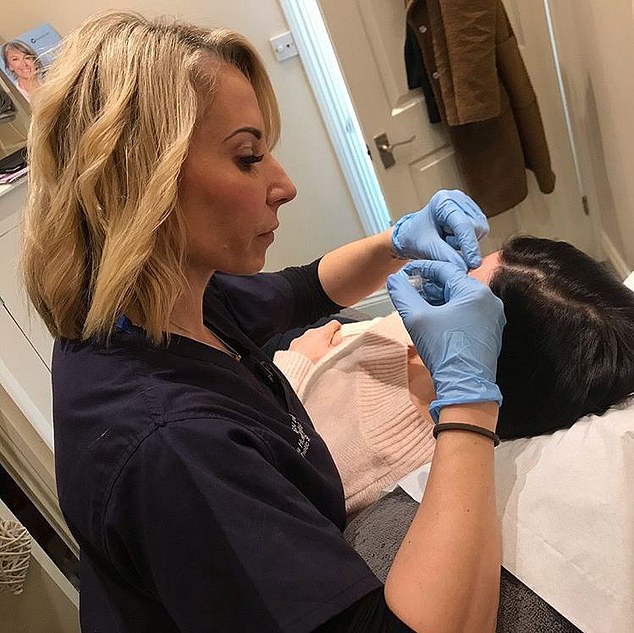 Unfortunately she will now need to self-isolate for 14 days but is already eager to return to helping her frontline colleagues.

Mrs Hume said: ‘I’m feeling okay. I’ve got very mild symptoms. The test came out positive and I was like ‘oh, fine, there it is’ but I’m actually quite well. I’ve just had a bit of a headache and a slight cough.

‘The only reason I got tested is because I felt like I was starting to come down with something in the week and I knew I had been in contact with positive patients and a few of the staff members so thought it was a responsible thing to do.

‘Me and my family are now locked down now and I should be able to get back to work after Bank Holiday Monday. I physically can’t go out for this 14 day period and nor can my family but we will survive. 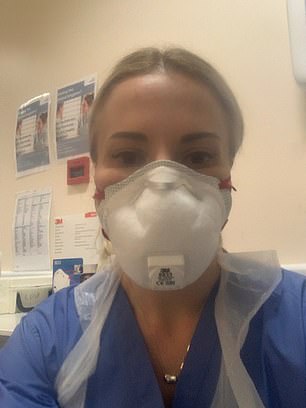 ‘It’s a little bit frustrating because ultimately all I wanted to do was go back and help and the irony is that I can’t now. I am really desperate to get back and help again.

‘There is a bit of anxiety when you go into a situation when you’re dealing with Covid-19 patients but now I’ll be able to go in there reassured about my own health and knowing that I’ve built up the antibodies. I’ll be more comfortable when I’m drafted into ICU now.’

Victoria, whose husband works for Met Police, is classified as a key worker alongside her partner allowing daughters Lottie, seven, and Hattie, four, to stay in school.

The A&E and critical care specialist from Aylesford, Kent, has worked as a nurse in London, Kent and Australia since qualifying in 2000 after three years of training.

Returning to the hospital she left a little over a year ago, Victoria believes staff are remaining positive despite the number of confirmed coronavirus cases spiralling.

As criticism surrounding a lack of protective equipment and testing for NHS staff grows, the 42-year-old actually never ran out of PPE and says there was a box of swabs available for staff showing symptoms which allowed her to be diagnosed within a matter of hours.

The mother-of-two added: ‘Catching Covid-19 certainly wasn’t for the lack of PPE because the second I got into work I was fit tested appropriately and had the right equipment every single day at work.

‘But it is a very different hospital now. The wards are transforming into ICUs. I found it strange walking round the corridors and there were no visitors. 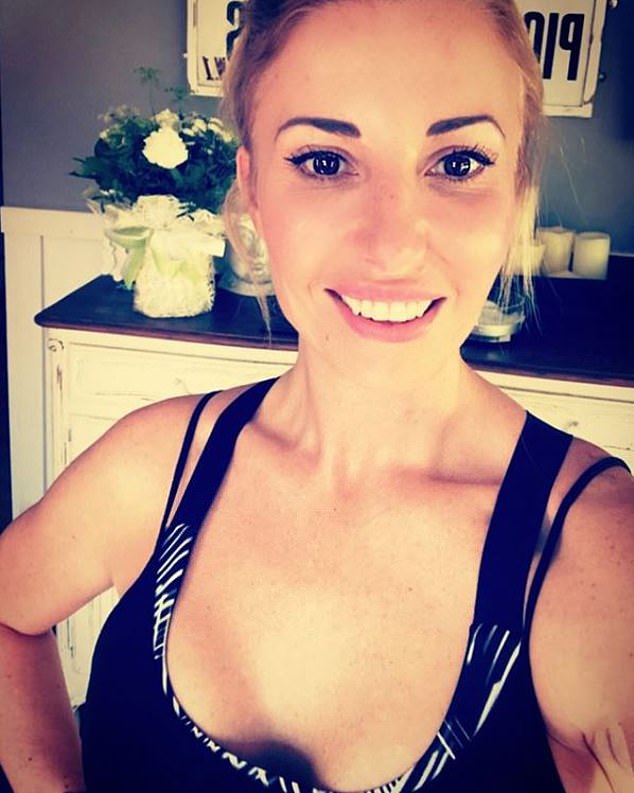 The nurse will now need to self-isolate for 14 days, but is keen to return to the frontline and help her colleagues

‘There’s definitely an increase in the amount of confirmed cases coming through the door who are more significantly poorly.

‘Everybody is smiling through it but there is a sort of tension that’s palpable in the air and you wonder when the tsunami of patients, as the government put it, is going to come.

‘The staff are in quite good spirits and the morale is very good. Everyone’s doing overtime and extra shifts because they want to help. When faced with adversity, people just get stuck in.

‘But I think but there is this a sense of ‘when is this going to happen’. There are fears and I think people are quite scared.

‘Some parents are worried because they’re staying in hotels and not seeing their children to protect them which provokes a lot of emotions.’

Despite coming into contact with confirmed cases, Victoria believes she was potentially just as exposed when going shopping at a supermarket or through her key worker husband getting daily trains and tubes to London.

She is fastidious about washing and disinfecting and constantly telling her daughters to follow suit but there is no way of knowing how she caught the virus.

Doing all she could with protective equipment and good hygiene yet still testing positive makes the 42-year-old fear for those flaunting the stringent lockdown rules.

Victoria warned: ‘People need to be aware that it’s so easily transmissible and has to be taken seriously.

‘Ultimately people are dying and it’s not necessarily just the elderly compromised. I think the scary thing now it’s becoming younger and healthier people that are becoming affected by this.

‘There’s still this assumption that it’s the frail and elderly who are dying but it’s not. Every single person on this planet is at risk of catching and spreading it so everyone has the responsibility to do their bit.

‘If people think they’re not then they just have to take it seriously because it can affect their husbands, wives, brothers, sisters, children and parents.

‘Nobody wants to not be able to be with someone if they’re poorly in hospital if they’re unwell or dying. Why run the risk of spreading it unnecessarily?

‘It’s so easily transferable that people just need to stay at home and wash their hands. Even though the sun is shining, don’t go out because you don’t need to.’

Victoria is one of thousands of nurses and medical staff the Government asking to come back to the NHS to bolster numbers in the crisis.

Chrissy Teigen's Becoming 'More Emotional' About Quarantine
How Chris Evans, Scarlett Johansson, and Other MCU Actors Got Ripped for Their Roles
Popular News
Thousands of people to get £200 direct payment in bank account within days to help with energy bills – how to get it | The Sun
03/07/2022
Stuart Broad builds up to second Virtual Test with Sri Lanka
26/03/2020
Bindi Irwin Made Last-Minute Changes to Her Wedding Due to Coronavirus Lockdown
26/03/2020
Widow on The Repair Shop leaves viewers sobbing
26/03/2020
Coronavirus lockdown: Global quarantine reveals weird fact about humanity
26/03/2020
Recent Posts