Moment male bus driver fights with woman who he claims attacked HIM in yet another case of ‘Lawless London’: Police launch probe

A video captures the moment a bus driver violently fights with a woman who appears to be trying to board his vehicle.

The incident, which happened at 4pm on Friday on Southbury Road in Enfield, is being investigated by the Metropolitan Police.

At the beginning of the video the bus driver can be seen holding the woman in a headlock at the entrance to the route 192 bus towards Tottenham Hale.

It is not clear who began the altercation or what caused the violent escalation. 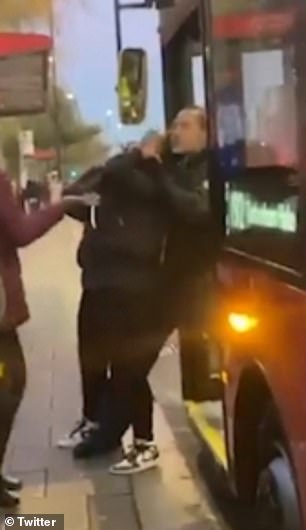 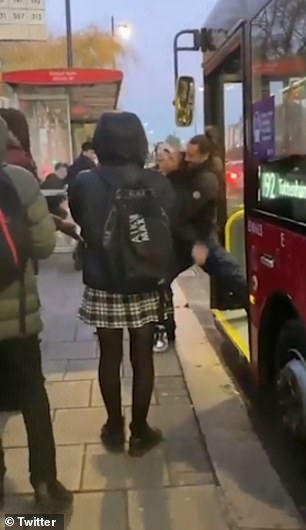 The bus driver can be seen holding the woman in a headlock at the beginning of the video. It is not clear what began the confrontation

Other women can be heard telling the bus driver and woman to stop fighting and one tries to pull them apart.

The bus driver aims kicks at the girl from the step of his bus before appearing to try to shut the doors.

The woman stops the bus doors from closing fully before the fight continues as the bus driver tries to stop her boarding the vehicle. Punches are thrown by both parties. 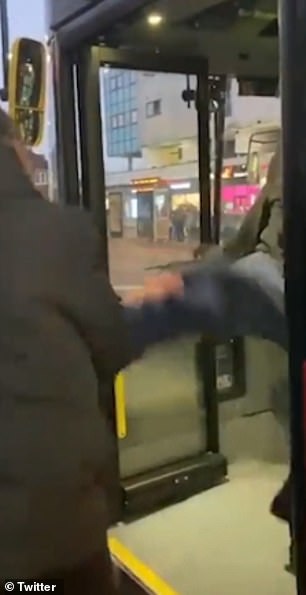 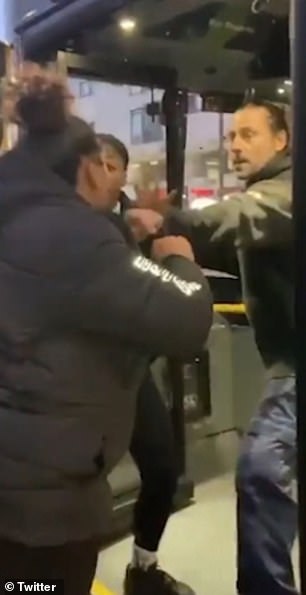 The bus driver aims kicks at the crowded women as he appears to try and close the doors to the bus. Both the bus driver and the woman have accused the other of assault 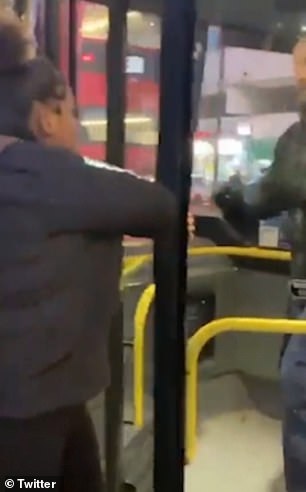 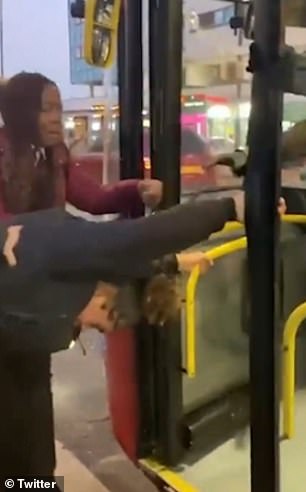 The bus driver tries to close the doors of the vehicle but the woman stops him by grabbing the yellow bars and forcing the doors open. 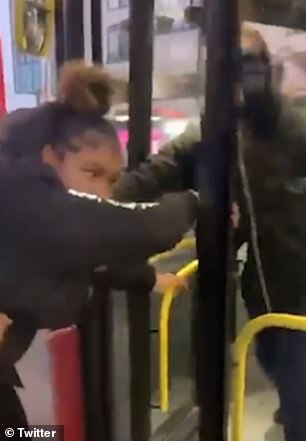 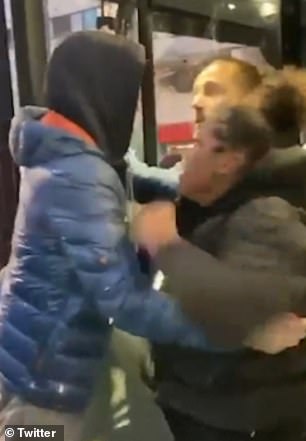 The bus driver tries to push the woman’s hands off the bars but she does not let go, so the doors of the bus cannot close fully

Another man intervenes to try and stop the fight before the video ends.

The Metropolitan Police said the bus driver had reported the incident about ten minutes later by flagging down officers.

The force have since received a counter allegation that it was the woman in the video who was assaulted.

They are investigating the incident further and are appealing for anyone with information to contact the police.

A Transport for London spokesperson said: ‘We were concerned to learn of an incident that took place on a route 192 bus and reported it to the police as soon as possible.

‘We are supporting Arriva’s urgent investigation into this very worrying incident.’