This is the moment a brave shopkeeper grabbed at a gun brandished by an armed robber demanding money from the till.

CCTV footage showed how Christopher Allison pointed the weapon at a shop assistant at the Best One store in Washington, Tyne and Wear, leaving them fearing for their life.

Newcastle Crown Court heard how the brave assistant grabbed at the weapon, which turned out to be a blank firing handgun, and ‘tussled’ with the 31-year-old, who left empty handed.

Prosecutor Emma Dowling told the court the attempted robbery was captured on the shop’s CCTV. 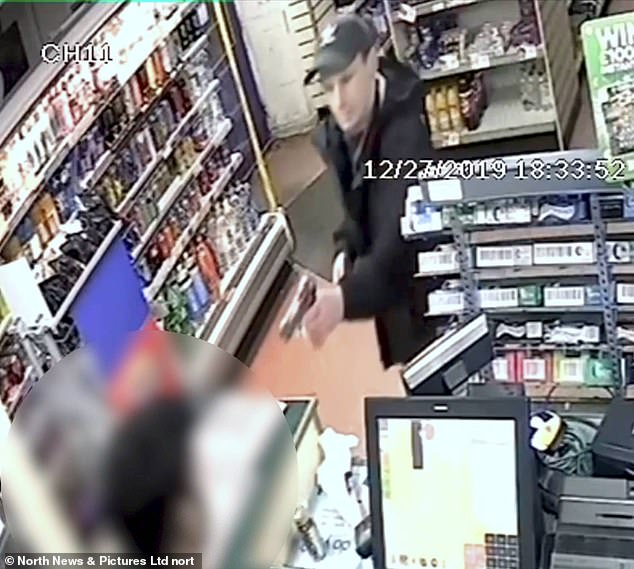 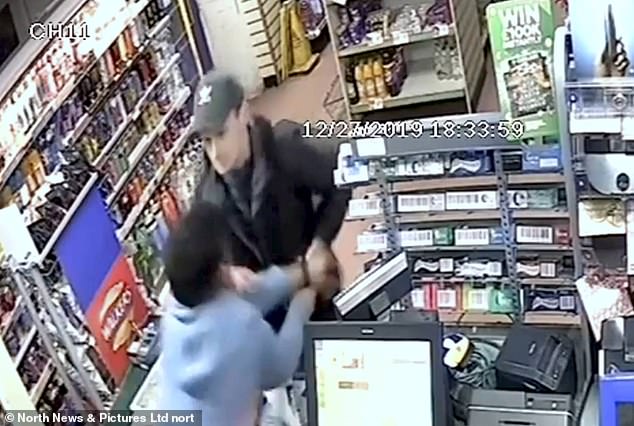 Brave shopkeeper lunged to grab the gun from Christopher Allison at the Best One shop in Washington, Tyne and Wear on December 27

She said Allison had gone into the shop on Front Street, Concord, Washington, on December 27, and picked up a drink from a fridge and added: ‘The defendant came to the counter with the energy drink and a white plastic bag in his hand.

‘He asked the worker if he could also have a scratchcard, a number 16 and when he went to get the scratchcard the defendant produced a gun and demanded money from the till.

‘Initially, the shop worker states he thought the gun was a toy. He tried to grab the gun and there was a tussle.

‘The defendant got away and pointed the item at him again. This time he ducked under the counter in case it was fired.’

The court heard when Allison left he store, the brave shop worker watched the direction he walked to and told the police.

In a statement, the worker said: ‘Initially I was not too frightened of the male, he seemed nervous, which gave me the confidence to grab at his hand and the gun but when he struggled and pointed it at me again I felt really frightened, that is the reason I hid behind the counter.’

He added: ‘When the man pointed the gun at me I felt like it might be the last day of my life. 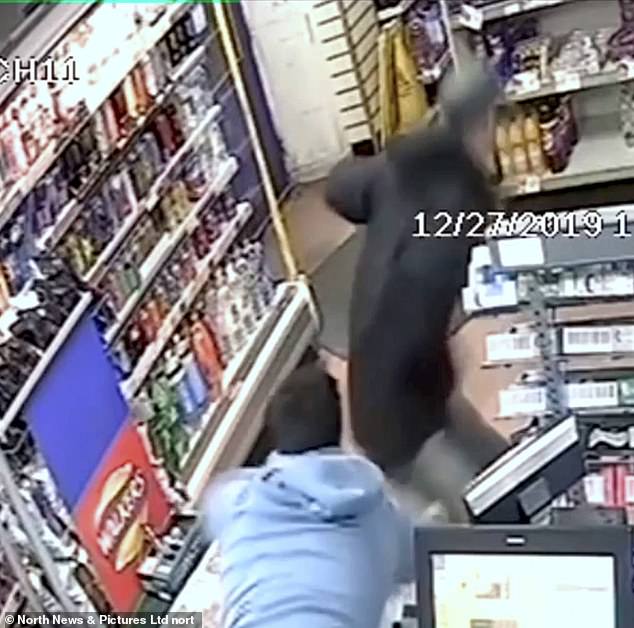 After a brief ‘tussle’ with Allison, the shop assistant was left fearing for his life 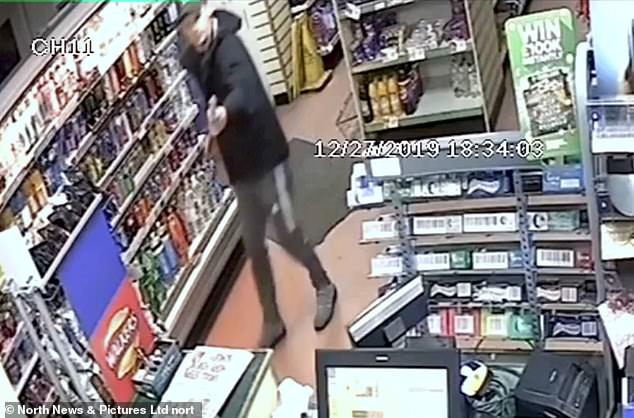 ‘He seemed nervous, I kept thinking he was so nervous he might have killed me.’

Allison, of Johnson Terrace, Sulgrave, Washington, admitted attempted robbery and possession of an imitation firearm at the time of committing an offence and has been jailed for two years and four months. 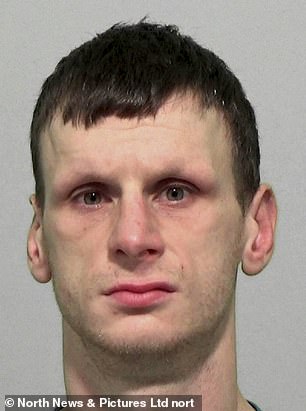 Christopher Allison (pictured), 31, admitted attempted robbery and possession of an imitation firearm at the time of committing an offence and was jailed for two years and four months

Judge Tim Gittins said the shopkeeper was ‘brave’ despite his ‘fear and distress’ and added: ‘He had no way of knowing that it wasn’t a real weapon, even if you knew it was an imitation, a fake.

‘He was a lone worker providing a public service in running that local shop. There is no reason why he or anyone in such circumstances should have to face someone in the way he did.’

The court heard Allison, who suffers from aspergers syndrome and has learning difficulties, had lost his job before the raid and had fallen into debt with his rent payments.

Judge Gittins said: ‘What you did was chose a highly foolish and seriously criminal way to try to deal with those problems.’

Richard Holland, defending, said Allison has shown a ‘considerable degree of remorse’ for what he did and is a vulnerable individual.

Mr Holland said: ‘He was, on this occasion, motivated by financial desperation, having lost his job shortly before this offence was committed.’