Health Secretary Matt Hancock tonight demanded Premier League footballers ‘play their part’ in the fight against coronavirus as he told them: ‘Take a pay cut’.

There is growing pressure on star players to agree to lower wages after clubs decided to put non-playing staff on furlough, which means they will only get 80 per cent of their salary, while still handing over full pay cheques to footballers.

Mr Hancock said other people across the nation were making ‘sacrifices’ and that included the ‘ultimate sacrifice’ made by doctors and nurses who have lost their lives because of the deadly disease.

The Cabinet Minister said in such circumstances the ‘first thing’ footballers could do is to ‘make a contribution’ in the form of a pay cut.

It is expected they will be briefed on discussions between the league, the English Football League and the players’ union, the Professional Footballers’ Association, concerning player wage cuts or deferrals to mitigate the financial impact of the outbreak.

Consideration is expected to be given to an indefinite suspension of the professional game in England with the landscape having shifted significantly since March 19 when the decision was taken to suspend play until at least April 30. 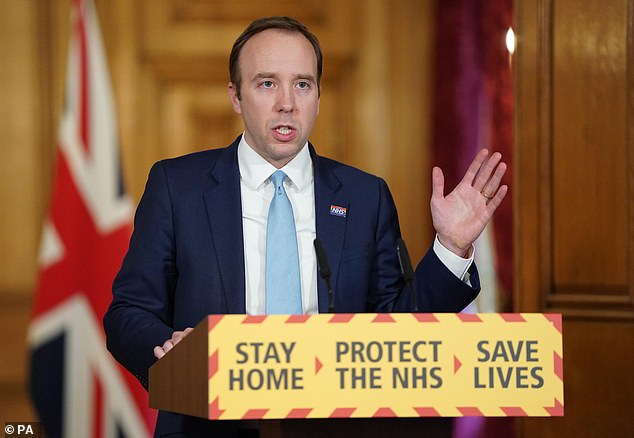 Clubs from the Premier League to League Two have already placed non-playing staff on furlough leave under the government’s coronavirus job retention scheme.

That scheme sees the government pay 80 per cent of an employee’s monthly salary up to a maximum of £2,500.

But pressure is mounting on the PFA from the Premier League and the EFL to agree to measures under which players make some form of sacrifice.

Mr Hancock backed calls for footballers to take a pay cut as he addressed the nation at the daily Downing Street coronavirus press conference.

He said: ‘I think that everybody needs to play their part in this national effort and that means Premier League footballers too.

‘Given the sacrifices that many people are making including some of my colleagues in the NHS who have made the ultimate sacrifice of going into work and have caught the disease and have sadly died, I think the first thing that Premier League footballers can do is make a contribution, take a pay cut and play their part.’

The sport is also facing external pressure, with the chair of the Digital, Culture, Media and Sport committee Julian Knight having written to Premier League chief executive Richard Masters calling for action on player wages.

Mr Knight said that clubs which furlough non-playing staff but do not impose cuts on player wages should be subjected to a windfall tax if they do not change approach by next Tuesday, April 7. 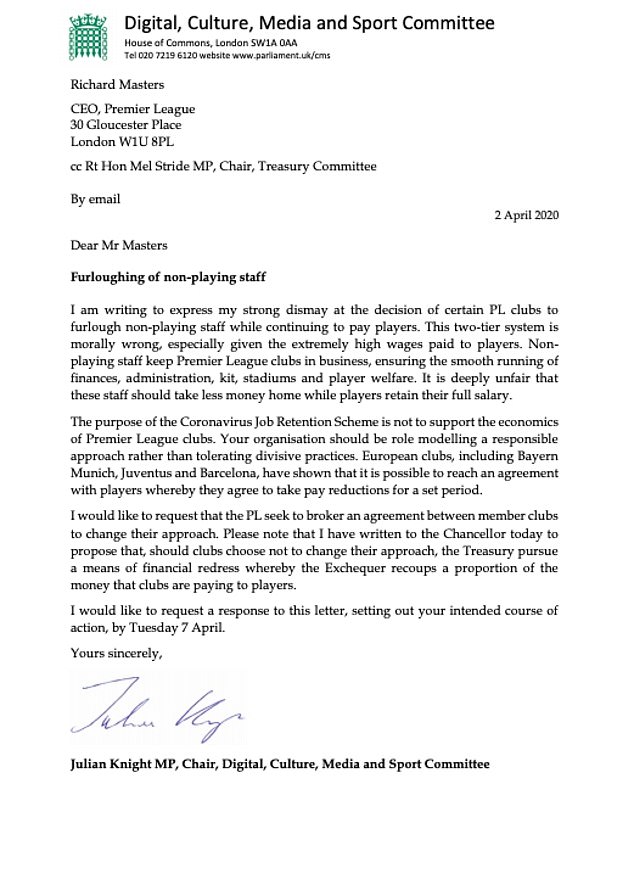 ‘The purpose of the coronavirus job retention scheme is not to support the economics of Premier League clubs,’ he wrote.

“Your organisation should be role modelling a responsible approach rather than tolerating divisive practices.’

Bournemouth manager Eddie Howe and his Brighton counterpart Graham Potter have agreed to wage cuts in the last two days, along with other senior staff at those clubs, but the PFA is under pressure to advise its members to do the same.

The Dolan Twins’ ‘What The Fit’ Episode Will Crack You Up From Start To Finish
Social Distancing With Laura Jane Grace: Acid, Weed, Poetry and Epic Baths
Popular News
‘Emancipation’ Review: Will Smith in a Brutal Journey
01/12/2022
Stuart Broad builds up to second Virtual Test with Sri Lanka
26/03/2020
Bindi Irwin Made Last-Minute Changes to Her Wedding Due to Coronavirus Lockdown
26/03/2020
Widow on The Repair Shop leaves viewers sobbing
26/03/2020
Coronavirus lockdown: Global quarantine reveals weird fact about humanity
26/03/2020
Recent Posts