Home » World News » Life for 8,500 babies in England to be examined in major study

Life for 8,500 babies in England to be examined in major study

The Jubilee generation: From Covid to the cost of living… life in Britain for around 8,500 babies will be examined as part of the sixth childhood study since 1948 – with previous research revealing risks of smoking while pregnant and cot-death

Thousands of babies are set to join a study of early childhood as part of research into children of the 2020s.

The study, commissioned by the Department for Education and led by researchers from University College London will follow around 8,500 children for the first five years of their lives at least.

It hopes to inform decisions about early years and childcare services, exploring how both the pandemic and the cost-of-living crisis has impacted the children, the study’s researchers say.

Starting from next week, the parents of babies that are nine months old will be selected at random and interviewed by the study’s team of experts about their child’s development and family circumstances. Researchers will also ask questions about their own lives.

The research, which is the first birth cohort study to be launched since the millennium, will be conducted in partnership with Ipsos, the universities of Oxford and Cambridge, and Birkbeck, University of London.

The first birth cohort study was established in 1946, with subsequent ones following in 1958, 1970, 1991 and 2000. The project is known as the National Survey of Health and Development.

In what marks one of the biggest ongoing scientific experiments in British history, experts have learnt from the past studies key facts that now form the bedrock of medical knowledge about children’s early years.

Among them is the knowledge that smoking while pregnant can harm babies for their entire lives and that the lungs of youngsters may never recover if they grow up in polluted areas.

Experts also know that babies are less likely to suffer cot-death if they sleep on their backs and that the collapse of marriages often does terrible harm to children. 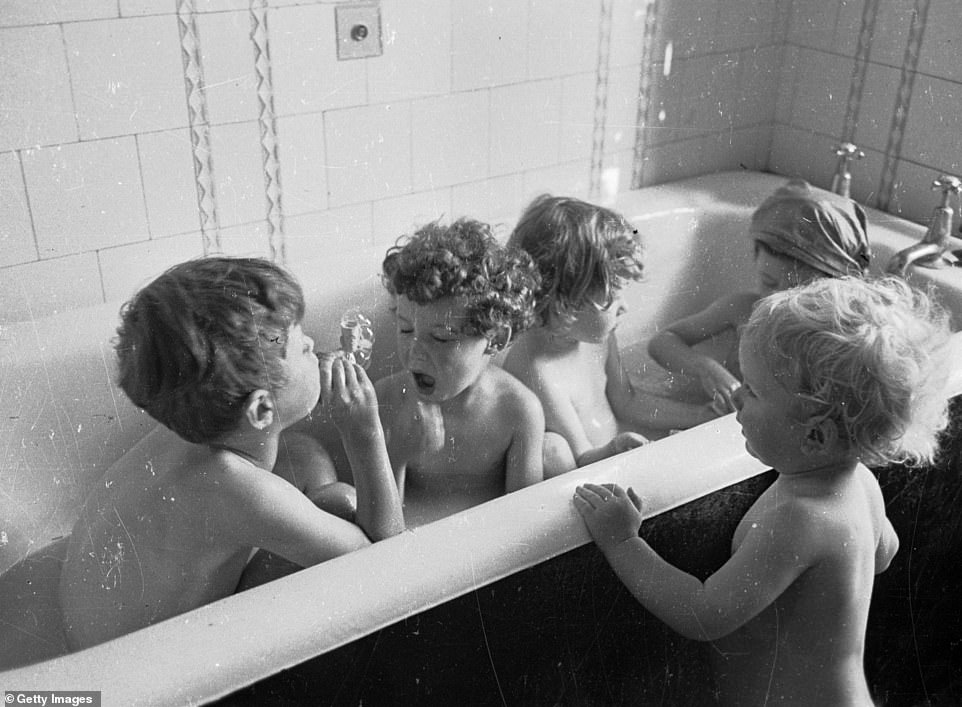 Thousands of babies are set to join a study of early childhood as part of research into children of the 2020s. The first birth cohort study was established in 1946, with subsequent ones following in 1958, 1970, 1991 and 2000. Above: A child carrying a loaf of bread in Hornsey, London, in 1946, when rationing was still in place

Professor Fearon said of the latest study: ‘More than 75 years ago, the first British birth cohort study, which is housed at UCL, was launched to track the lives of babies born just after the war.

‘And now, Children Of The 2020s will provide vital evidence about the early years as families navigate their way out of the Covid-19 pandemic and through the cost-of-living crisis.’

What will happen in the new study?

The new study has five years of initial funding.

Parents will be asked about their child’s development as well as their neighbourhood and family context.

The researchers will also assess health, both physical and mental, the home learning environment, what kind of preschool education children have had and what informal childcare provision is like.

Between the surveys, parents will be invited to use a smartphone app to log their baby’s language and development and also to get tips and news from the team of experts.

Administrative data held by Government departments – such as family health and education records – will also be linked to the parents’ responses, enabling researchers to get a more detailed picture of participants’ lives.

The families will be randomly selected to take part in the study and will be visited from next week.

It is hoped that the evidence gathered will help to improve the lives of families and young children in the future.

Parents will be asked about their child’s development, their neighbourhood, their family, their mental health and the home learning environment.

They will also be asked about childcare arrangements for their children and preschool education.

Between the surveys, they will be invited to use a smartphone app to log their baby’s language and development, as well as receiving news and tips from the team of experts.

Professor Fearon added: ‘Our first five years are a crucial developmental period in our lives, every new experience can play a pivotal role in how we fare later on.

‘This new study will investigate how children develop and the circumstances and early years services that can make a difference.

‘By understanding how these factors impact their development, we can learn how to support them, so they are able to make the best start at school and flourish as they are growing up.’

The 1946 study assessed a cohort of babies who had been born in a single week in March of that year.

Its origins went back to the 1930s, when politicians were keen to understand the reasons behind falling birth rates.

As of last year, 49 per cent of them are still part of the study, whilst 23 per cent have passed away.

Nearly all of them still live in the UK, with only five per cent living abroad.

Researchers have lost contact with a further 16 per cent, whilst the remaining 12 per cent have withdrawn from the study.

The key figure behind the study was Doctor James Douglas, who hoped that arming the government with the facts of daily life in Britain would help them to improve people’s lives.

For nearly eight decades, scientists have continued to follow the 1946 babies. It makes them the most studied and best understood generation in history.

According to a newsletter released last year

Of the original cohort, 49 per cent are still active

In her 2016 book The Life Project, author Helen Pearson laid bare the findings of the 1946 study, as well as the subsequent studies.

Overall, more than 70,000 people across five generations have been enrolled in studies by their parents. 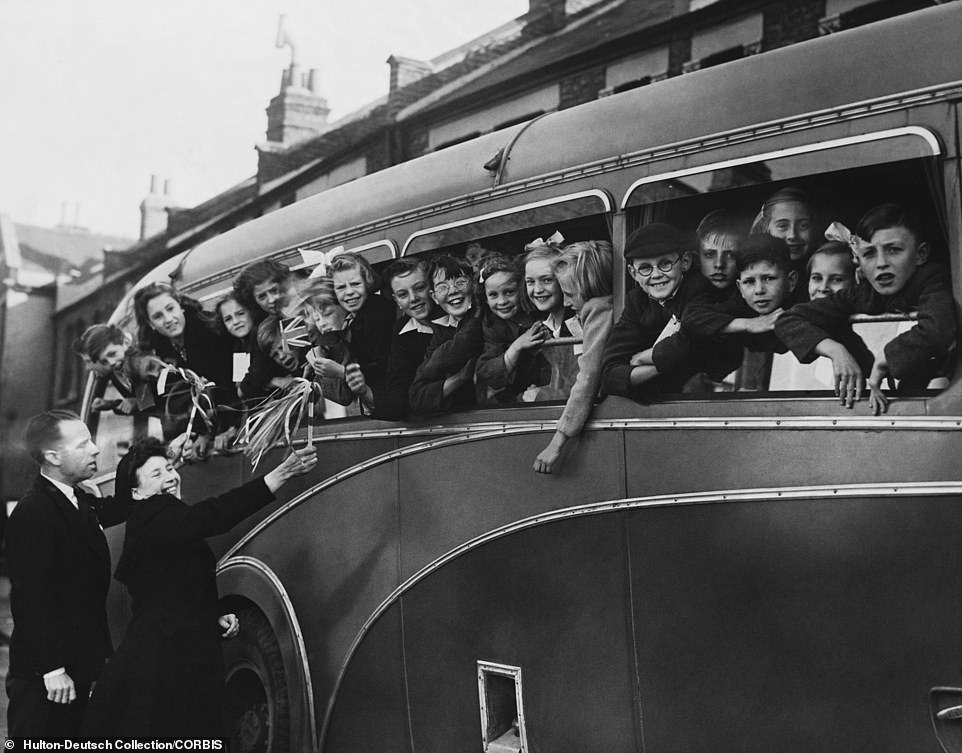 The 1946 study assessed an entire cohort of babies who had been born in a single week in March of that year. Its origins went back to the 1930s, when politicians were keen to understand the reasons behind falling birth rates, Above: Children in Fulham, west London, in 1946

The reports have shown how class and income affected almost every aspect of daily life, from when a child learned to read to its chances of dying from a heart attack in later life.

Reflections of the 1946 cohort

Last year, members of the 1946 cohort contributed to a newsletter marking 75 years of the National Survey of Health and Development (NSHD).

One said: ‘I have always been extremely thankful to my mother for her involvement with NSHD from my birth in March 1946.

‘I thought of myself as a ‘survey child’ and felt blessed and special.’

Another said: ‘I feel a great sense of pride belonging to this study.

‘From its inception it has informed social policies and improved health outcomes for the UK population with very little effort on my part.’

The 1946 study shockingly revealed that babies born to the poorest parents were 70 per cent more likely to be stillborn or born prematurely than those with the richest parents.

Working-class mothers were also less likely to be given pain relief during child-birth, most likely because doctors were likely to ignore what poor women were telling them.

In 1958, a decade after the NHS and the Welfare State had been established, labourers’ babies were more likely to die than professional parents’ children.

This was a result of poor health, bad diet, dire housing conditions and less interaction with medical experts.

The studies also showed that les than one in four working-class children passed the 11-plus, as opposed to more than half of upper-middle-class children.

For those born in 1970, it was found that working-class children were far less likely to have made progress in their lives than children born in 1958.

The children of 1970 grew up in a decade marked by industrial strife, high unemployment, under-achieving schools and sky-high inflation.

In the early 1990s, some of the members of the study were put through tests that asked them questions that tested their literacy and numerical skills.

They found that a large proportion of adults struggled with reading and maths. The in-depth studies showed that one in five adults had a reading level lower than that expected of a child aged 11 and that one in three had numerical skills below the same level.

A quarter had skills at or below the expected level of a nine-year-old.

The studies led to a major adult education push by the New Labour government in the early 2000s. It included free courses for those without the equivalent of a satisfactory grade in GCSE English or maths.

Studies of the children born in the year 2000 found that 23 per cent of them were either overweight or obese by the age of just three.

Babies undergo a range of tests and are weighed and measured when they are born. But as they get older, their psychological states and mental development is not routinely assessed.

This is what the new study aims to address.

The study was commissioned by the Department for Education. Researchers are trying to understand how children’s language and emotional capacity develops as they get older and also want to understand the nature of family life for children growing up today. 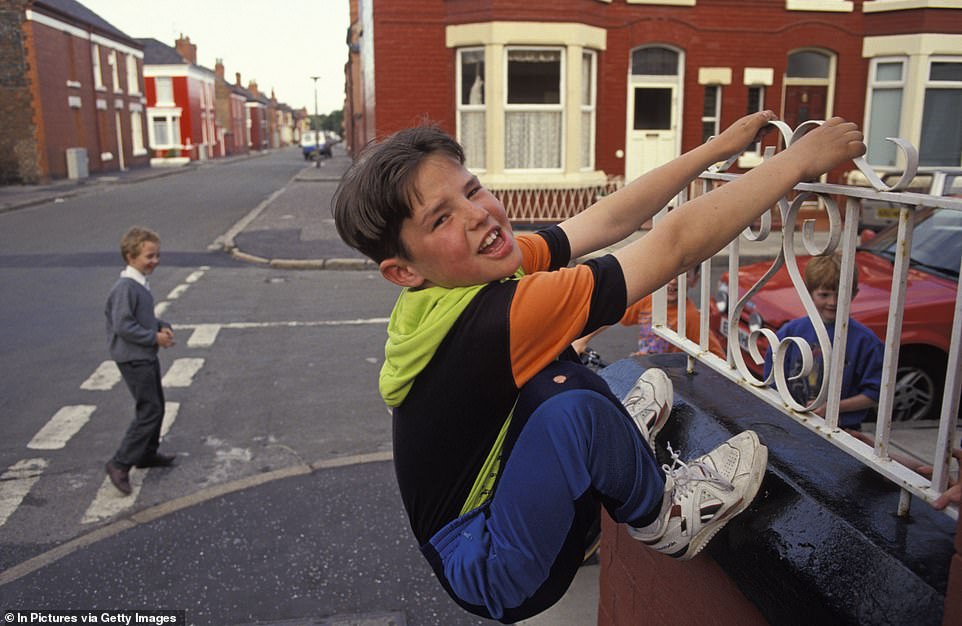 The fourth cohort study took place in 1991, the year after Margaret Thatcher had been forced from Downing Street after 11 years as Prime Minister. Above: A child plays with friends on a street corner in Aigburth, Liverpool, in June 1991 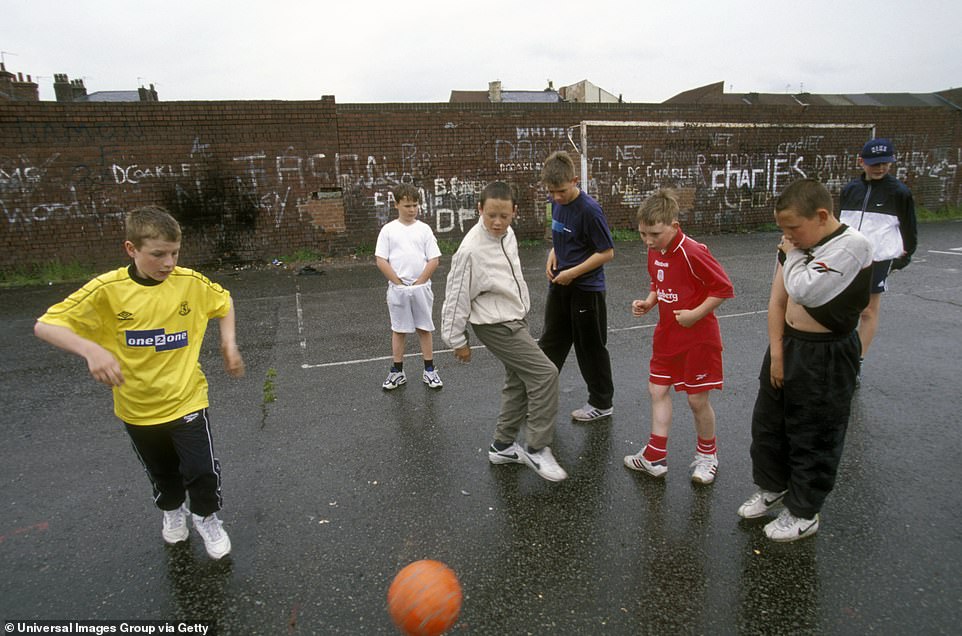 The most recent cohort study took place in the year 2000. Above: Boys are seen playing football on a concrete pitch that year 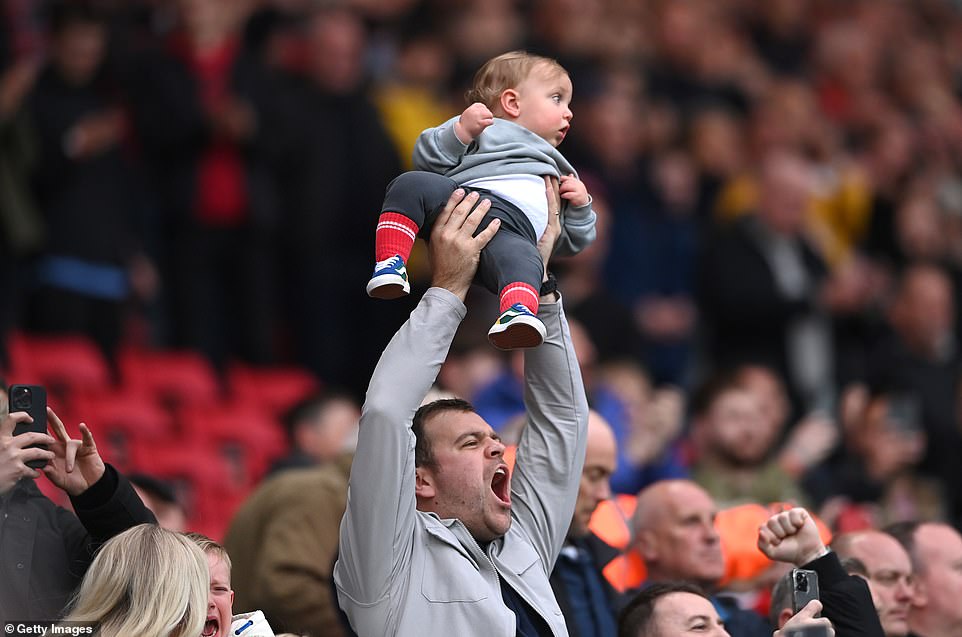 The latest study, commissioned by the Department for Education and led by researchers from University College London will follow around 8,500 children for the first five years of their lives at least. It hopes to inform decisions about early years and childcare services, exploring how both the pandemic and the cost-of-living crisis has impacted the children, the study’s researchers say. Above: A baby is held aloft by Sunderland fan in May this year

Professor Fearon added to the BBC that ‘so much has changed’ since the last cohort study in the year 2000.

Developments include the upheaval caused by the coronavirus pandemic, along with the hardship imposed by the 2008 financial crisis.

There have also been ‘huge changes’ in the structure of society and the nature of employment, Professor Fearon said.

He said that today’s babies are growing up ‘in the shadow of the pandemic’ and researchers do not yet know what the impact of that will be.

‘We are looking at the cost of living crisis which could have quite a major impact on families too,’ he said.

Children and Families Minister, Will Quince, said of the new study: ‘This is an important study that will provide an insight into the crucial early years of a child’s life and a wealth of evidence about their development and educational outcomes.

‘We know the pandemic has created unique challenges for families and I’d like to thank the thousands who will be participating in this study over the next five years.

‘We are committed to supporting families, including through a multi-million-pound package to transform services, which will create family hubs in half of all local authorities and provide important advice to parents and carers through the Start-for-Life offer.’

Speaking ahead of a visit to UCL last year to learn about the new study, Her Royal Highness, The Duchess of Cambridge said: ‘Our early childhoods shape our adult lives and knowing more about what impacts this critical time is fundamental to understanding what we as a society can do to improve our future health and happiness.

‘The landmark Children Of The 2020s study will illustrate the importance of the first five years and provide insights into the most critical aspects of early childhood, as well as the factors which support or hinder positive lifelong outcomes.’