WASHINGTON – Associate Justice Clarence Thomas on Friday compared the leak of a draft Supreme Court opinion in a blockbuster abortion case to "an infidelity," arguing that it weakens trust within the high court as well as public perceptions of the institution.

"When you lose that trust, especially in the institution that I'm in, it changes the institution fundamentally. You begin to look over your shoulder," Thomas said at an event in Dallas. "It's like kind of an infidelity – that you can explain it but you can't undo it."

Thomas, a stalwart conservative on the nine-member court, is the latest justice in recent days to speak publicly about the leak of a draft opinion that showed the high court may overturn its 1973 Roe v. Wade decision that established a constitutional right to abortion. The stunning leak of the opinion upended official Washington in the middle of a midterm election year and prompted protests across the nation, including at the homes of the justices.

"I've been in this business long enough to know just how fragile it is," Thomas said of trust in the nation's institutions. "And the institution that I'm a part of – if someone said that one line of one opinion would be leaked by anyone, and you would say that, 'Oh, that's impossible. No one would ever do that.'"

Crossover: How a Supreme Court case about pig farms could muddy looming debate over out-of-state abortions

Precedent: The Supreme Court has overruled itself on segregation and saluting the flag. Will Roe be next?

Though Supreme Court deliberations have leaked before, including in abortion cases, the release of an entire draft opinion from the closely guarded high court was unprecedented. The court confirmed the authenticity of the document but stressed it was not its final opinion in a case about Mississippi's ban on most abortions after 15 weeks of pregnancy. Chief Justice John Roberts ordered an investigation. 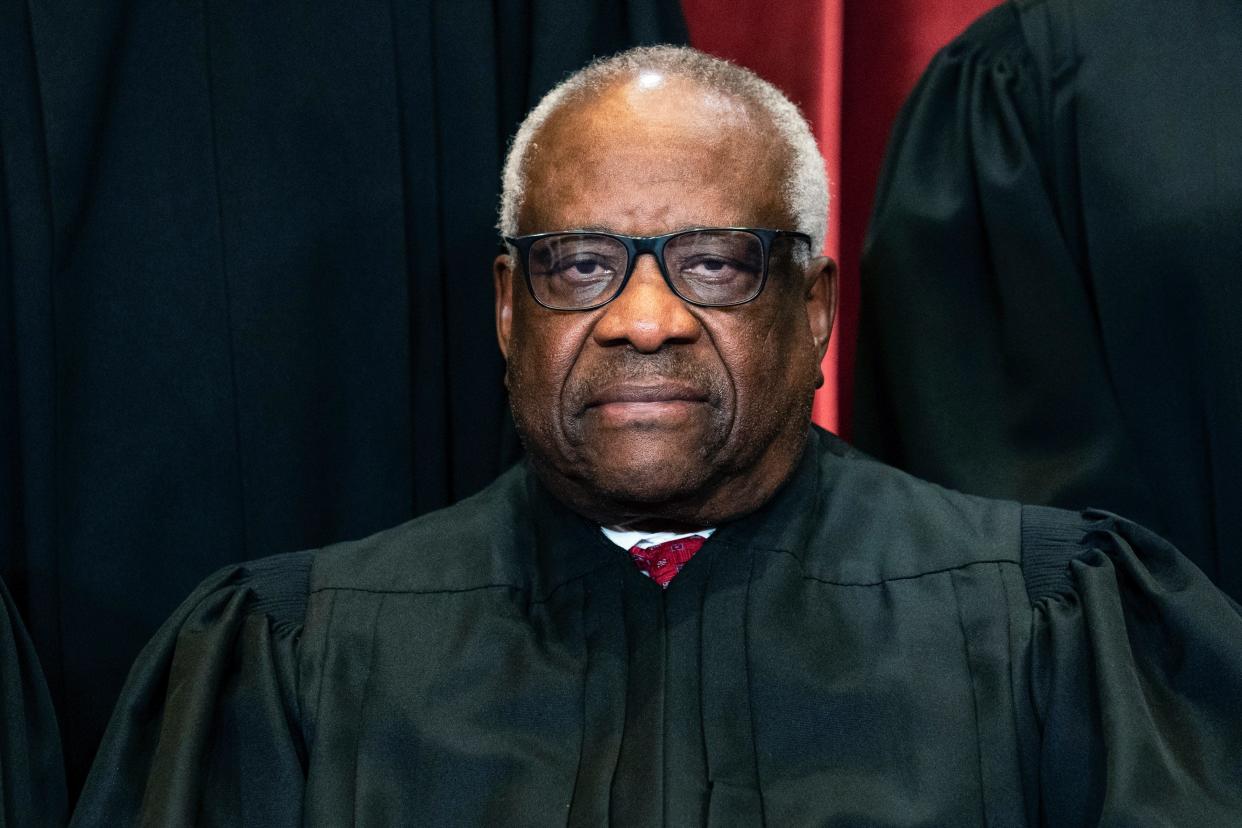 Thomas was speaking at a conference organized by the American Enterprise Institute, Manhattan Institute, and Hoover Institution.

Thomas' remarks came a day after Associate Justice Samuel Alito was asked about the leak during an event at George Mason University.

"I think it would just be really helpful for all of us to hear, personally, are you all doing okay in these very challenging times?" a questioner asked, according to The Washington Post.

"This is a subject I told myself I wasn’t going to talk about today regarding, you know – given all the circumstances," Alito replied.

"The court right now, we had our conference this morning, we’re doing our work," Alito said, the Post reported. "We’re taking new cases, we’re headed toward the end of the term, which is always a frenetic time as we get our opinions out."