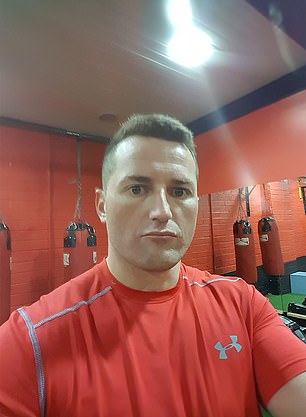 A man shot dead in broad daylight in north Belfast on Saturday morning has been named on social media as Robbie Lawlor, 35

A man shot dead in broad daylight in Belfast is believed to have been a suspect in the murder of 17-year-old boy who was brutally killed and dismembered earlier this year.

Named locally and on social media as Robbie Lawlor, 35, the victim was shot in the front garden of a house in the Etna Drive area of Ardoyne, at around 11.50am on Saturday morning.

Lawlor is said to have been a senior figure in a feuding criminal gang and was understood to be in hiding since the abduction and murder of Drogheda teenager Keane Mulready-Woods, whose dismembered remains were found in Dublin in January.

Four men have been arrested in connection with Saturday’s shooting, which has been condemned by police.

Det Supt Jason Murphy said he was ‘astounded by the recklessness of the killer or killers’.

He said: ‘Those involved in this murder selfishly gave no thought to the impact on frontline emergency services who are already working hard to keep people safe with an already stretched resource.

‘Not only did they carry out this callous murder leaving a family experiencing their worst nightmare, but they did not care that children and other members of this north Belfast community were placed at risk.’ 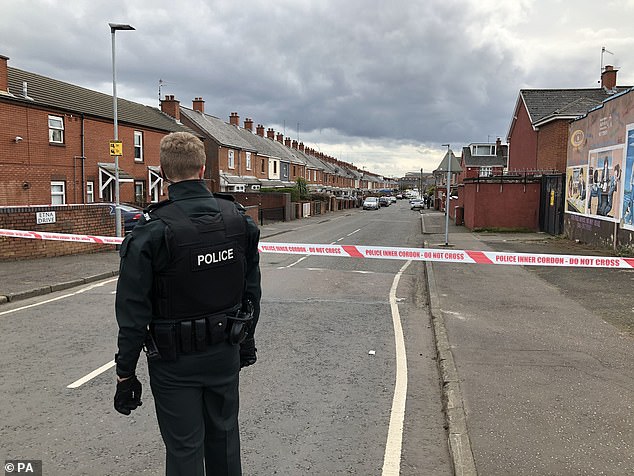 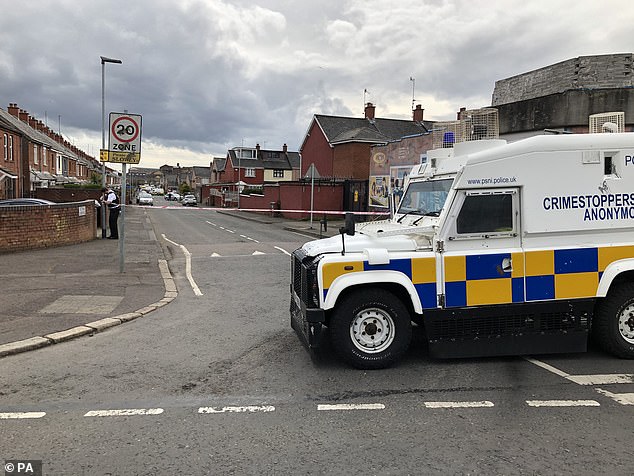 The road was cordoned off as police investigated the daylight shooting, which killed one man

Police are trying to establish whether a light coloured car, registration YLZ 7052, which was found burned out in nearby Kingston Court, was connected to the shooting.

He also appealed for information about a dark-coloured car seen in Ardoyne Avenue minutes after the other car was set on fire.

Northern Ireland Secretary Brandon Lewis said the killing was ‘an abhorrent and brutal crime, for which there is no excuse’, the Irish Mirror reports.

Mr Lewis added: ‘This cowardly act is particularly thoughtless at a time when our front-line emergency services are already working incredibly hard to keep us all safe while dealing with the impact of the Covid-19 pandemic. 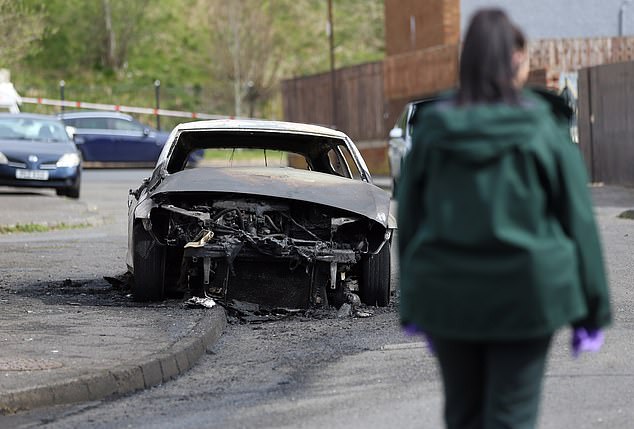 Police appealed for information about a burnt out car, which was found close to the shooting

‘I strongly encourage anyone who has information about this despicable crime to come forward and speak to the PSNI.’

Sinn Fein MLA Gerry Kelly said: ”Actions like this have no place in our society and I repeat my condemnation of those involved.

‘Those responsible for this appalling crime have left a family grieving and a community in shock. There is no place for the gun in our society and it is time to stop these attacks.’

Keane Mulready-Woods was abducted from the streets of Drogheda on January 12 and taken to a pebbledash home, where he was tortured and murdered.

His remains were found the next day, after he was reported missing by his family. 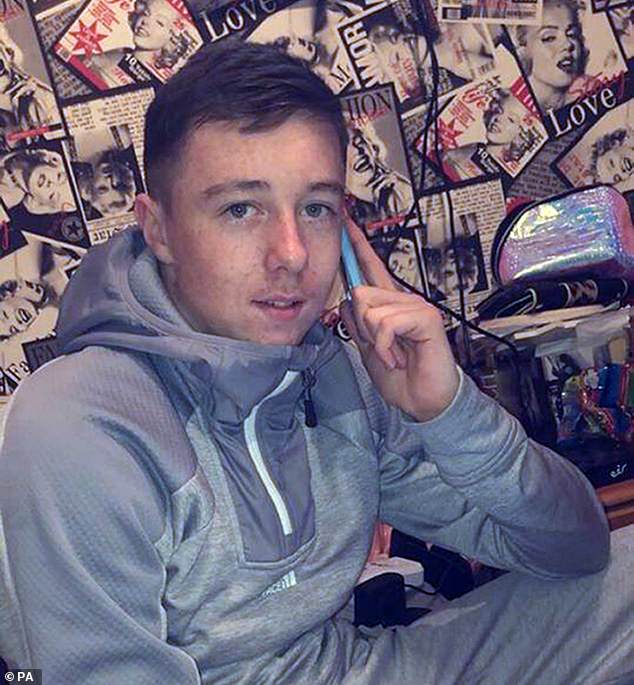 Teenager Keane Mulready-Woods, 17, was found murdered and dismembered in January

One million kids on free school meals to get £15 weekly vouchers through Easter holidays too
Eddie Large's widow 'heartbroken' she was banned from final moments
Popular News
Bigfoot killed in car crash is being covered up by police, claims conspiracy
27/11/2022
Stuart Broad builds up to second Virtual Test with Sri Lanka
26/03/2020
Bindi Irwin Made Last-Minute Changes to Her Wedding Due to Coronavirus Lockdown
26/03/2020
Widow on The Repair Shop leaves viewers sobbing
26/03/2020
Coronavirus lockdown: Global quarantine reveals weird fact about humanity
26/03/2020
Recent Posts