House prices and rents are escalating rapidly in regional Victorian communities with high levels of disadvantage, as investors and home buyers pounce on cheaper properties outside Melbourne, pricing some residents out of their own neighbourhoods.

Housing experts, community leaders and real estate agents say there is unprecedented demand for properties in regional locations, including the Latrobe Valley and Shepparton.

“This is a regional version of gentrification,” Australian Housing and Urban Research Institute managing director Michael Fotheringham said. “The locals all of a sudden find it’s a changing place and it’s not as affordable as it has been in a range of ways.” 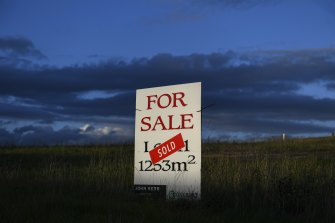 House prices are rising rapidly in the Latrobe Valley despite having high levels of disadvantage. Credit:Penny Stephens

Homelessness services are sounding the alarm about people being pushed into precarious share houses, vacant blocks and overpriced caravan parks.

In the Latrobe Valley, the median cost of renting a house in Moe increased almost 10 per cent during the pandemic, with locals forking out $280 a week, a sizeable cost for a community with an average household income of $771.

Shepparton Families and Financial Services team manager Tracie Driscoll said households pushed out of the local rental market were living by the river, in vacant blocks and caravan parks.

She said caravan parks could impose exorbitant prices, with some charging between $400 and $660 a week for a cabin, while investors were buying properties and renting out beds in rooms shared by four people for $175 a week.

“Middle class locals are accessing our services for the first time and they are struggling to keep up with their rent or mortgage repayments,” Ms Driscoll said.

While housing affordability has been exacerbated by Melburnians moving to regional Victoria, data from the State Revenue Office shows investors are also fuelling the boom.

Last year, more than 5000 properties in Shepparton and more than 5500 in the Latrobe City council area, encompassing Morwell and Moe, attracted the state government’s land tax, putting these regions among the busiest for investment outside of Melbourne and the biggest regional cities. 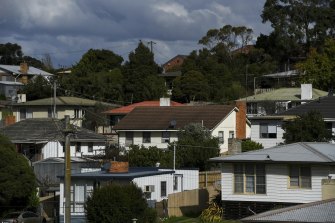 Morwell is among the areas where property prices have risen most in regional Victoria. Credit:Penny Stephens

The tax applies to any land that a person owns that is not their primary residence, such as investment and commercial properties, holiday homes and vacant land. They are only taxed if their property portfolio exceeds $250,000.

John Kerr Real Estate director Robert Sim, who is based in Moe, said the Latrobe Valley’s property market was rising before the pandemic.

But that growth has accelerated with houses selling roughly twice as fast as they had in recent years, he said.

Mr Sim said the rental market is attractive for investors because it can offer higher yields than many properties in Melbourne.

Mr Sim said the area is attractive to home buyers and investors because it is near Melbourne, infrastructure and the beaches of South Gippsland, snowfields and native forests.

“People are waking up to our market now and realising there is good value here and it’s a favourable place to live as well.”

He said the closure of power stations was possibly even encouraging outside buyers. 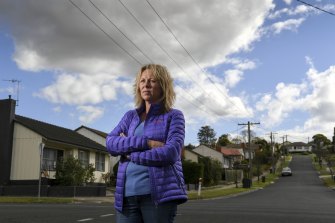 Morwell Neighbourhood House manager Tracie Lund said pressure in the housing market was the greatest she’d seen in her nine years on the job.

Ms Lund, who is a Latrobe City councillor, said demand for her neighbourhood house’s free groceries was rising, with clients regularly reporting financial distress due to increased rental costs.

Clients have reported arriving at rental inspections to find up to 10 applicants hoping to secure the property.

“This is the first time I’ve seen it like this,” she said.

The ultra-competitive housing market was forcing people to live in hotels for extended periods while they try to find a place to rent, Ms Lund said.

Gerald Sabri, who has worked as a real estate agent in Shepparton for 13 years, said he’d never seen such demand for local properties.

“The returns on investment are very good,” the Gagliardi Scott director said. “You are getting higher yields and better value in Shepparton than in Melbourne.”

He said all available land for development had been snapped up and there had been interest from investors, families looking for a tree change and first home buyers.

It’s a situation that Shepparton mayor Kim O’Keefe describes as “bittersweet”. She said the spike in interest for property and blocks of land in the Shepparton area had been positive for the local economy and employment sector, but created a shortage of land.

“Our lots of land are larger and more affordable than most other regional cities, including being significantly cheaper than Melbourne,” she said, pointing out that the council was working with the Victorian Planning Authority to release more land across the region.

Our Morning Edition newsletter is a curated guide to the most important and interesting stories, analysis and insights. Sign up here.