KIDS have been sent home from school over fears they could freeze to death after temperatures plunged to a bone-chilling minus 60°C in the world's coldest town.

Temperatures have dipped so low in the far-flung village of Oymyakon in the Russian region of Yakutia that hot water instantly turns to ice when flung in the air – making for a dramatic display. 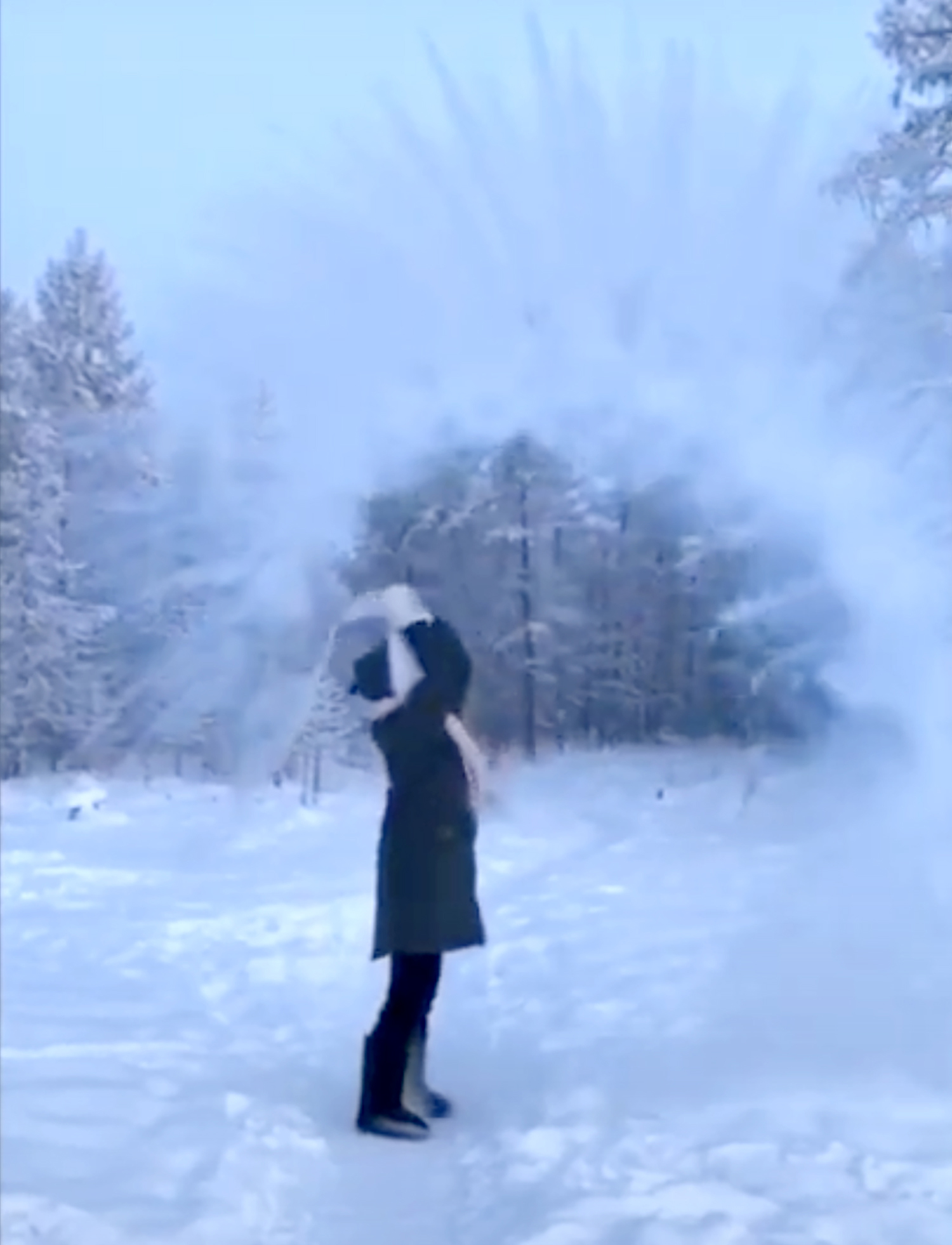 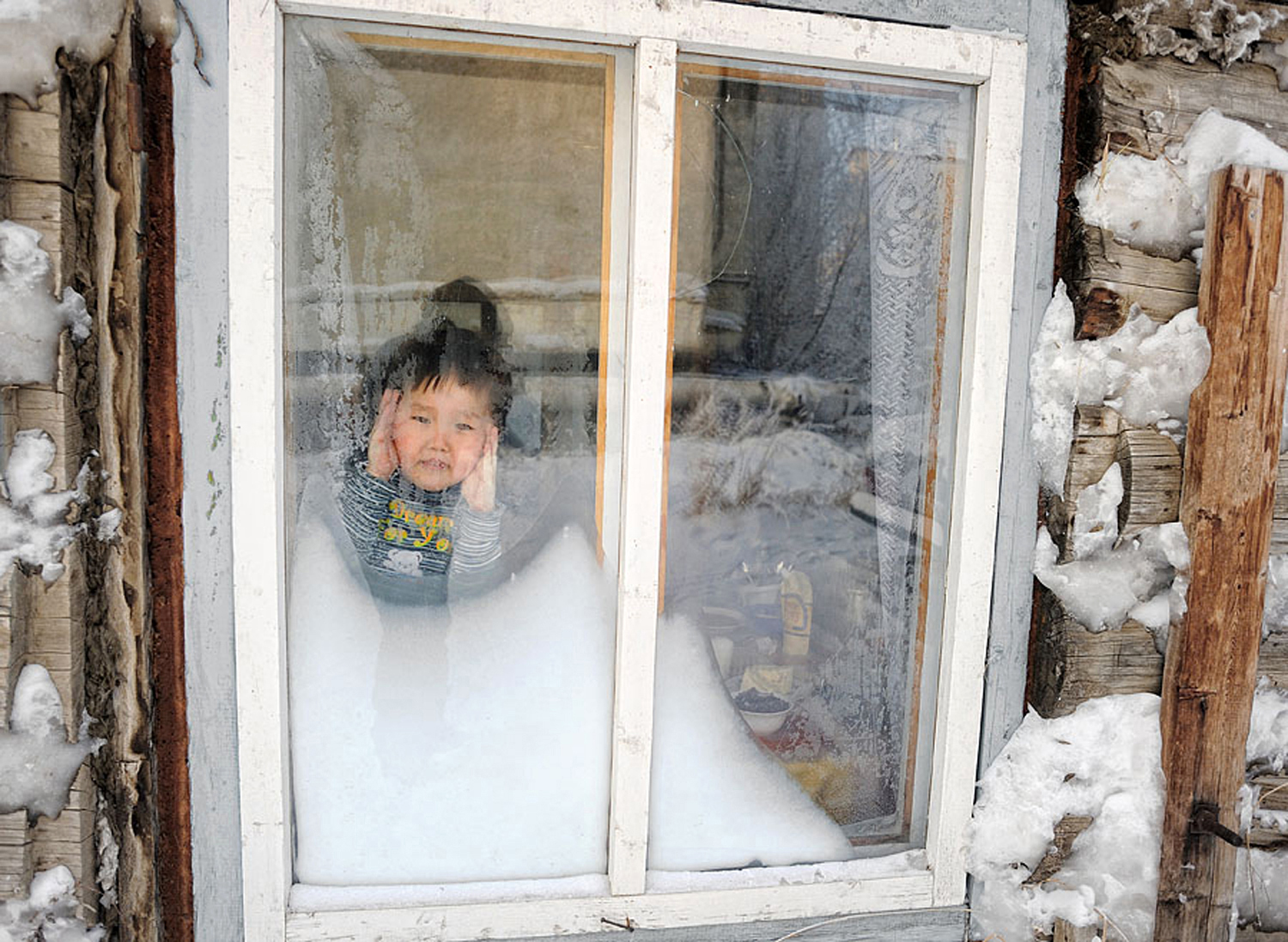 Thermometers in the Siberian outpost have been shattered this week as temperatures plummeted to minus 60°C according to a reading at the area's library.

Pupils aged up to 11 in Oymyakon are expected to study until thermometers drop to minus 53°C.

Older students must stay in their classes until the mercury hits minus 55°C.

But because of this week's subzero conditions, all 107 students at the local school were ordered home for online learning for two days.

Despite the frosty weather, two 16-year-olds still went outside in the perishing temperatures to demonstrate so-called "ice fireworks" in a "special greeting" from the Siberian freezer.

The two girls, Vera Shpneva and Sayaana Vinokurova, took time out between their Zoom lessons to venture into the minus 60°C cold, which is a mere 7.7°C milder than the coldest ever official temperature in Oymyakon – the world’s frostiest permanently inhabited settlement.

“The temperature today is minus 60°C, it’s very cold and we are not at school, though lessons continue by Zoom,” Sayaana said.

“We would like to run out quickly to shoot a short video for you, with hot water fireworks as a special greeting from -60°C at Oymyakon!”

Hot water thrown in the air at such low temperatures produces this dramatic display as the water droplets instantly freeze.

Elsewhere in Yakutia, secondary schools stay open until it reaches minus 50°C, while primary age pupils can skip classes at minus 45°C.

By comparison, the coldest-ever temperature in Britain was minus 27.2°C in Braemar in January 1982, a record equalled in December 1995 in Altnaharra, also in Scotland.

The lowest officially recorded temperature in Oymyakon was minus 67.7 °C in 1933, but locals say an earlier reading was minus 71.2 °C in January 1924.

Cows in the world’s coldest village wear fur or wool-lined bras when thermometers plunge in the Siberian winter. 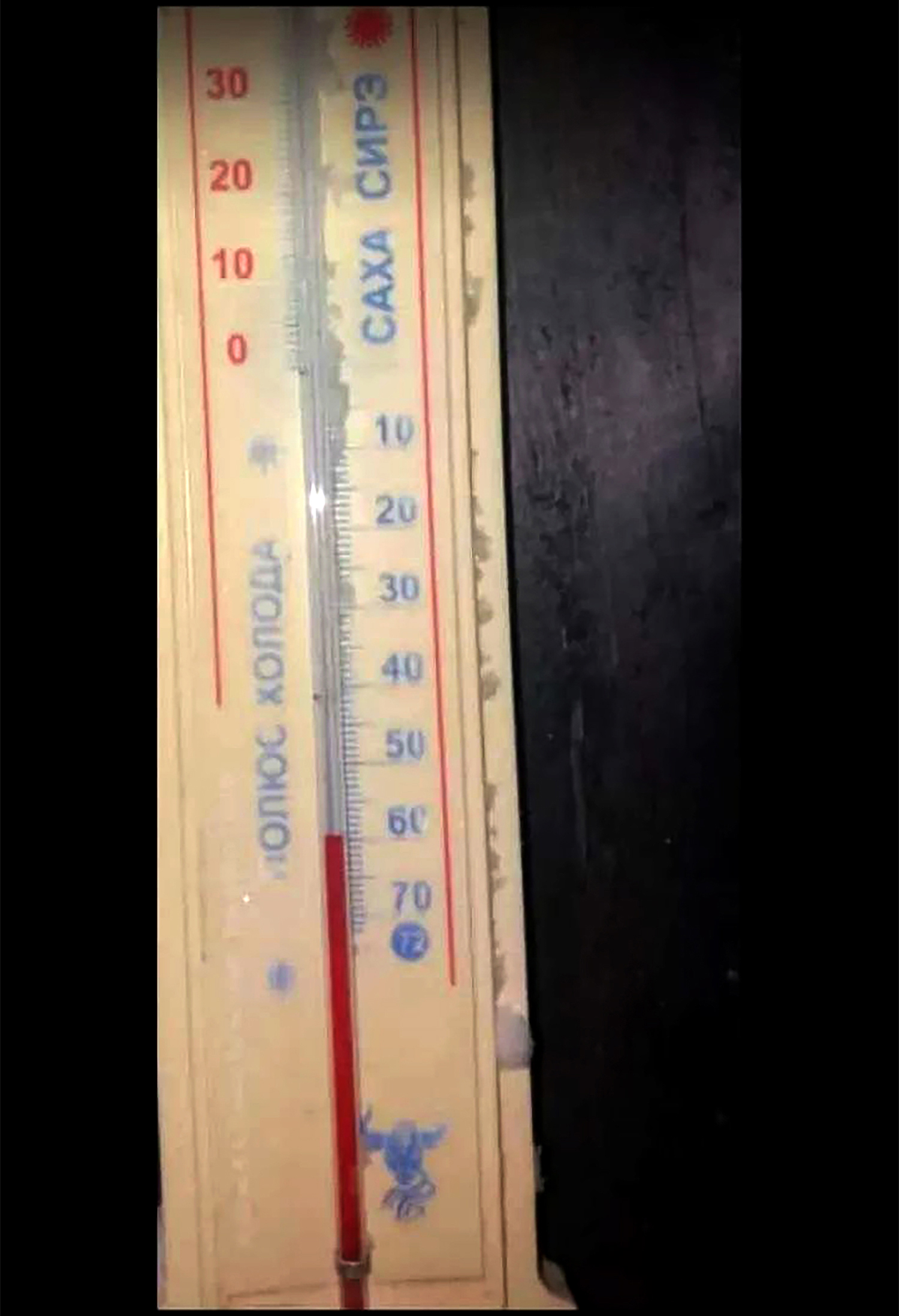 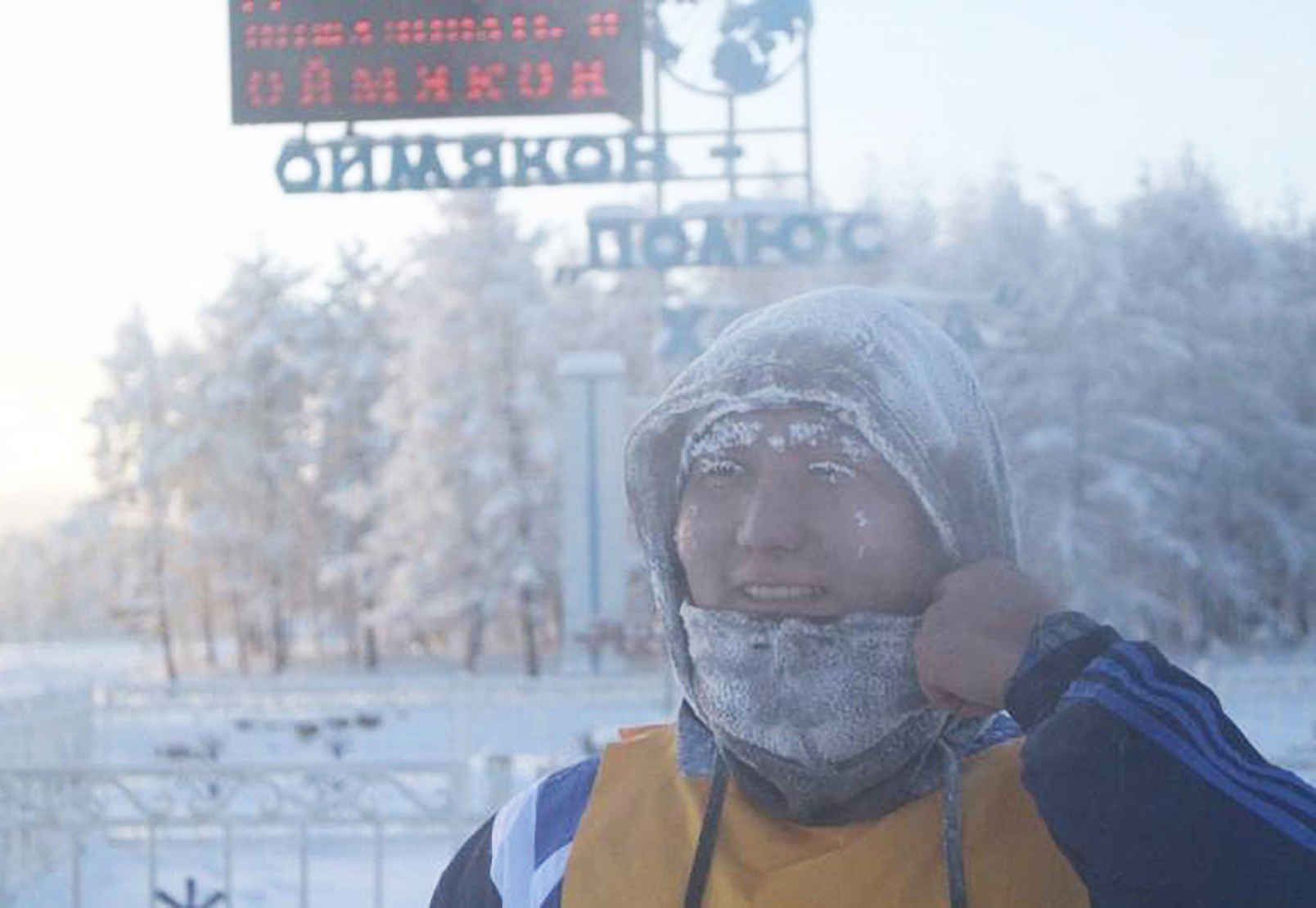 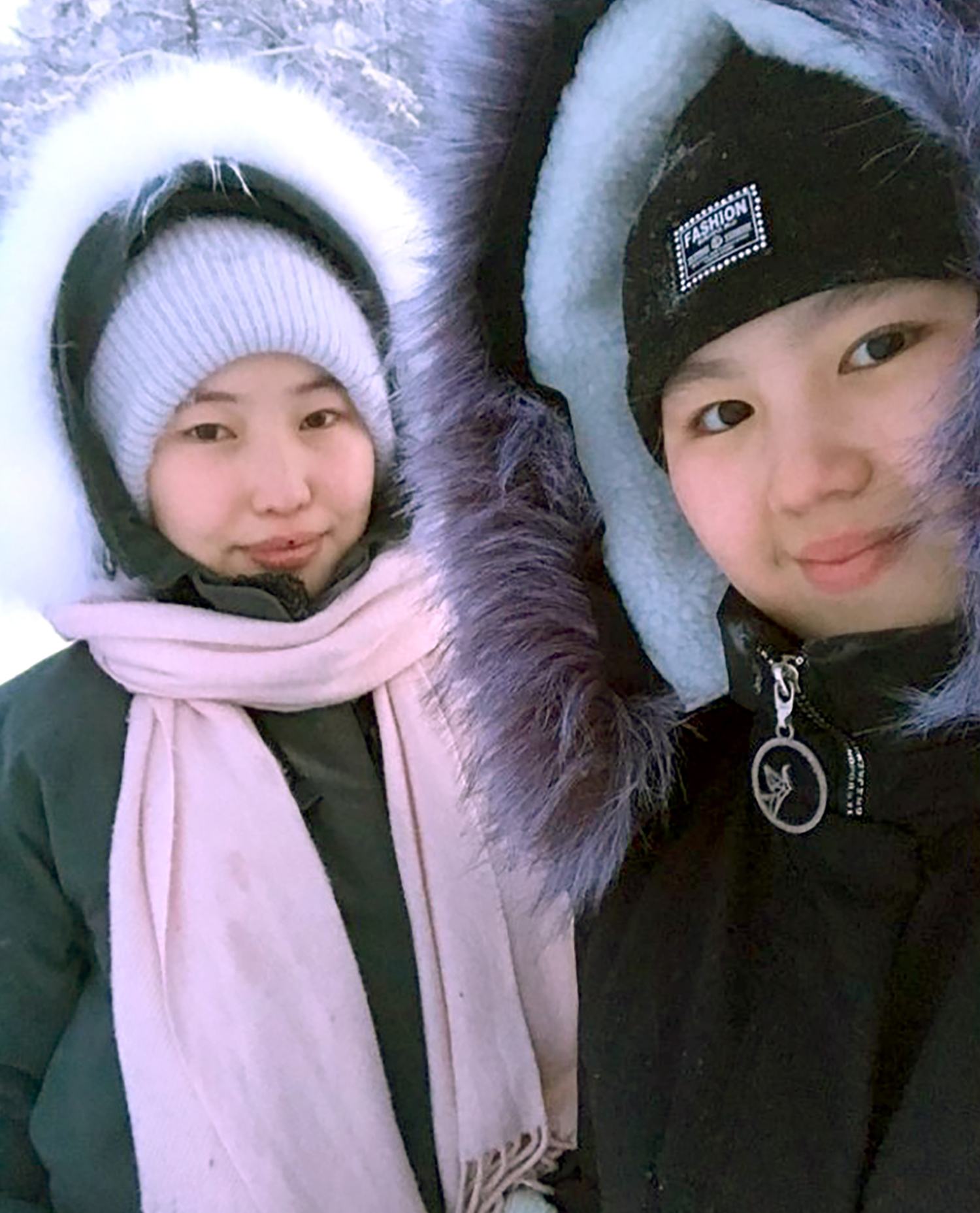 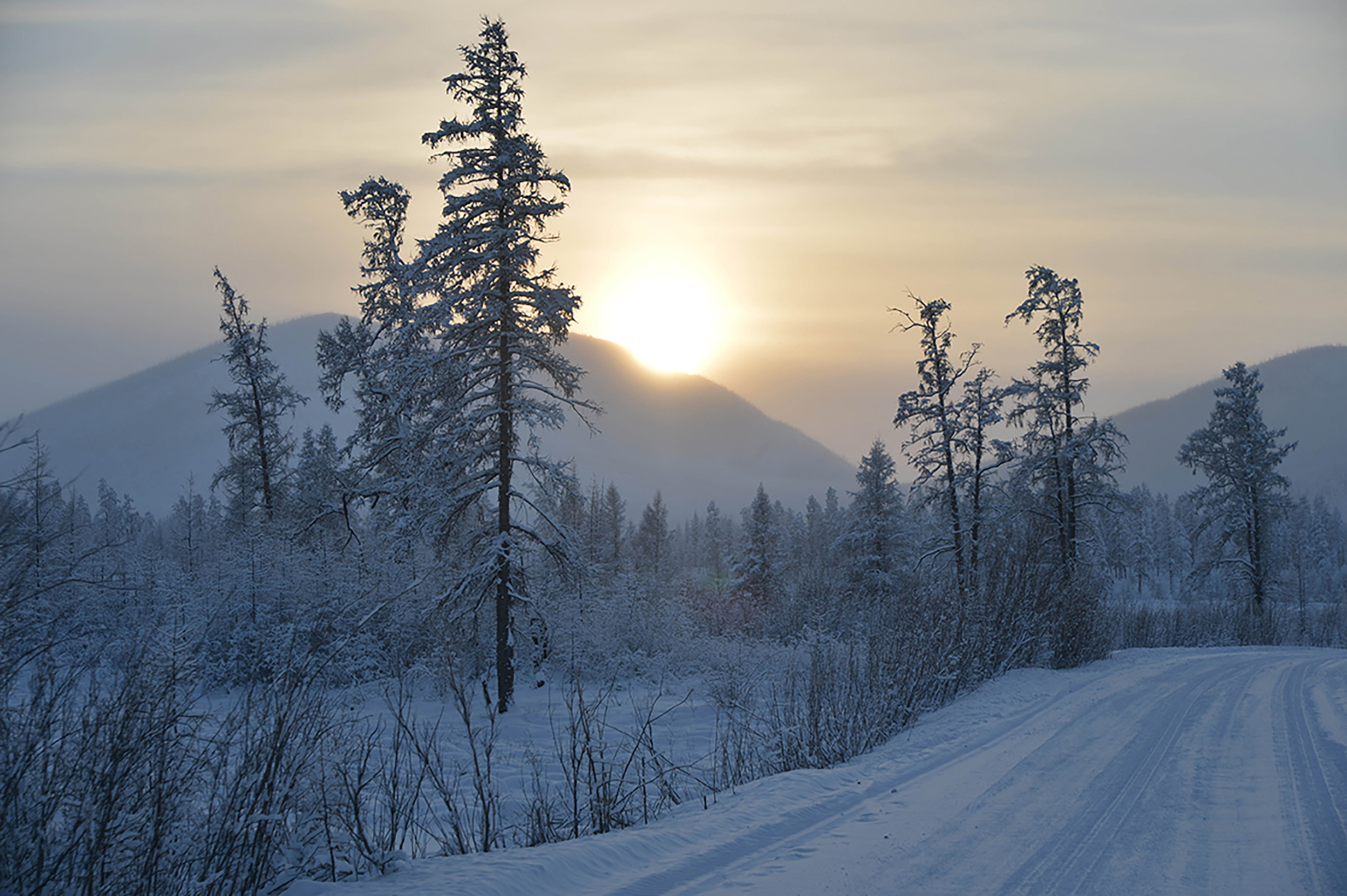