Draining his last pint! Family tip father’s ashes into the sewers outside his favourite pub to honour his final wishes

A family have fulfilled a pub-goer’s last orders, by tipping his ashes down the drain outside his favourite watering hole.

Family members filmed the moment Kevin McGlinchey’s ashes were spooned into a pint of lager and then tipped into the sewers outside his beloved Hollybush pub in Coventry.

Mr McGlinchey made the ‘mad’ request to family members before his death, at the age of 66.

His son and daughter, Owen and Cassidy, decided to film the moment they honoured his final wishes – on what would have been his birthday.

The video shows Owen holding his father’s urn while spooning out some of the ashes and dropping them into an almost full pint of lager.

Owen is then seen mixing the ashes into the drink while family members jokingly encourage him to ‘down it’. 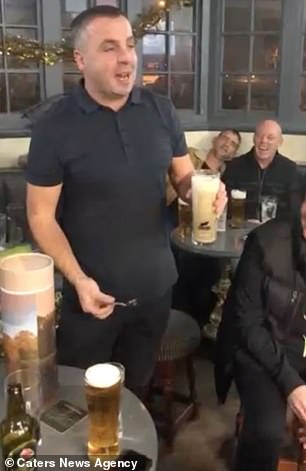 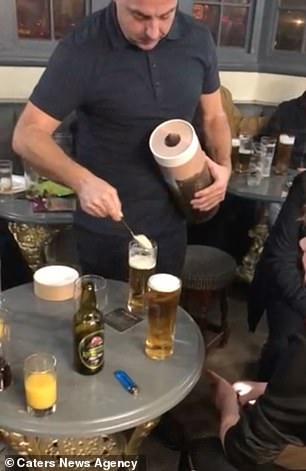 Family members filmed the moment they spooned Kevin McGlinchey’s ashes into a pint of lager before tipping it into the sewers outside his beloved Hollybush pub in Coventry. Pictured: His son Owen with the pint and the ashes 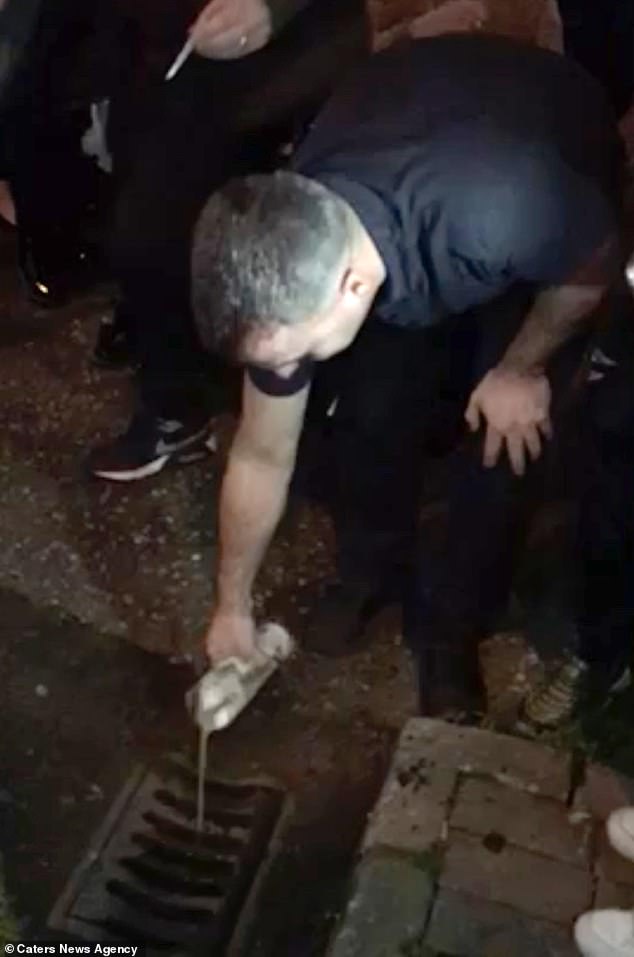 His son and daughter, Owen and Cassidy, decided to film the moment they honoured his final wishes – on what would have been his birthday 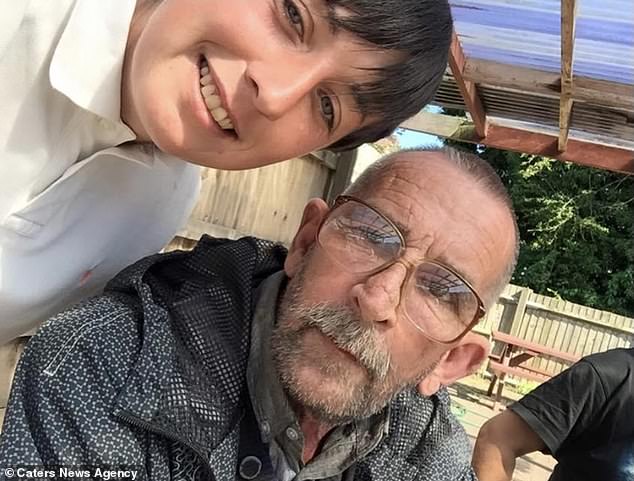 Mr McGlinchey (pictured with daughter Cassidy) made the ‘mad’ request to family members before his death, at the age of 66

The video, filmed back in 2018, then cuts to family members gathering outside the pub with Owen holding the pint glass as he gives a speech.

‘As mad as it sounds, this is the last wish he ever wanted, to go down this drain and be here forever,’ Owen says.

He then pours the mixture down the drain as family members cheer.

Speaking about her father, Cassidy said: ‘My dad was 66 when he passed away and it was a very emotional time for us all and very hard to get our heads around.

‘Our dad had told us for years and years his wishes would be to go down a pub drain, he used to drop things down there, weird things like his hair.

‘He loved the Hollybush and would take a walk up there everyday and he said when I die if you put me down the drain I will be able to travel to all my locals through the drains underground. 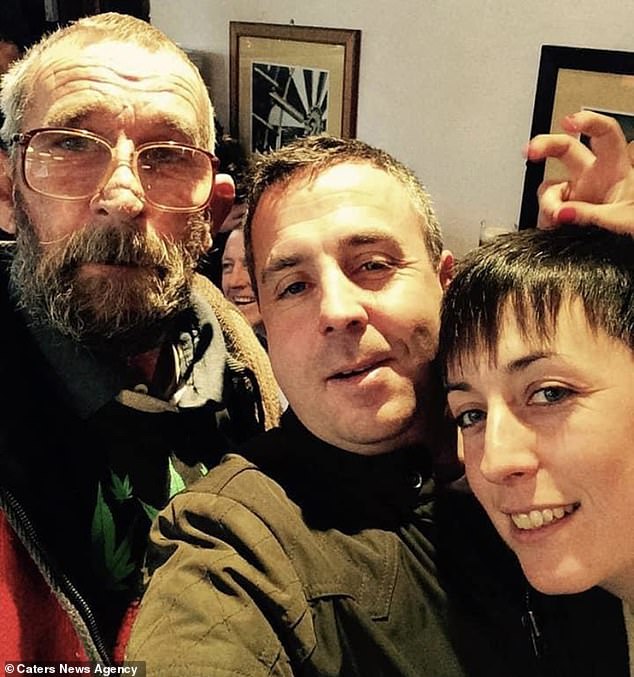 Mr McGlinchey’s children, Cassidy and Owen (pictured together with their father), decided to film the moment they honoured his final wishes – on what would have been his birthday 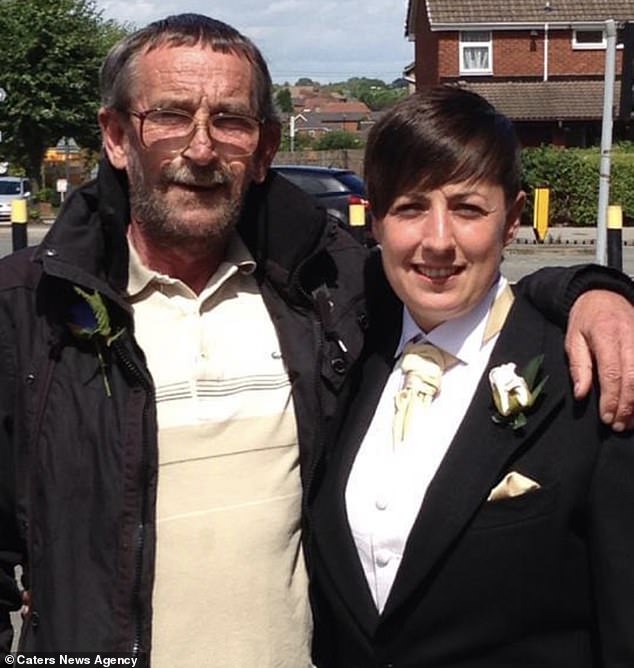 Mr McGlinchey (pictured) had previously asked that his ashes be scattered outside his favourite pub, the Hollybush in Coventry

‘Every time you walk over a drain you will think of me and there are plenty around so no matter where you are in the world you will still think it.’

Cassidy continued: ‘It was an amazing feeling giving my dad exactly what he had wished for when he died, and I would do it all over again.

‘We have been through so much as a family over the years and suffered so much heartache, it’s nice to have a smile knowing my dad is still causing a stir even from his drain.’

The unusual request is not the first time a person’s ashes have been used in an unconventional way.

In 2019, a bride had her father’s ashes glued into her acrylic nails so she could fulfil his promise of walking her down the aisle.

Charlotte Walton, then 26, from Stoke-On-Trent, had hoped that her father could walk her down the aisle on her wedding day to partner Nick, then 33,

Her father, Mick Barber, passed away to cancer earlier that year and she knew that her dream of him holding her hand and giving her away would not be possible.

But she decided to instead have him glued to her acrylic nails for her big day, after her nail artist cousin suggested the ‘really sweet idea’ to her.