About 20 inmates at a youth detention centre in Perth will be moved to the Casuarina Prison after what the Department of Justice says has been months of disruption and damage.

Director General Adam Tomison said the young offenders at the Banksia Hill Detention Centre had been destroying infrastructure, assaulting staff and harming themselves. 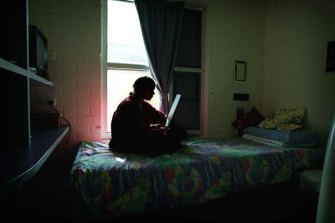 They will now be moved to a new standalone facility at Casuarina so they can be more safely managed and less disruptive to the other Banksia Hill detainees.

“This newly-built unit will operate as a separate youth detention facility within the prison grounds … allowing other detainees at Banksia Hill to return to their normal education, programs and recreation activities that have been affected by the ongoing disruptions,” Dr Tomison said.

Corrective Services Commissioner Mike Reynolds said there had been a constant stream of contractors at Banksia Hill this year trying to keep up with the destruction of cells, with the damage bill now more than $1.8 million.

“The short-term youth detention centre will provide a safe environment for the 20 young men while we restore Banksia Hill to a safe working environment for staff and detainees and complete the necessary infrastructure works,” Commissioner Reynolds said.

“We examined all possible options within WA’s custodial estate for the short-term facility.

“The Casuarina site, with its new, secure units, was the only safe and suitable option to ensure the young men were able to be kept in a location away from the adult population.”

The recent issues at Banksia Hill had left more than 100 of its 260 cells seriously impacted and more than 30 unfit for use.