Say cheese! Cuban authorities arrest factory workers for stealing almost 3,000 pounds of cheese, most of which was sold on the black market

Authorities arrested four workers transporting 1,485 pounds of cheese that had been allegedly stolen from a state-owned factory in Cuba.

According to Cuban network Canal Caribe, police said suspects were employees of the Holguín Dairy Company and had robbed a total of 2,945 pounds of cheese.

The gang reportedly removed the dairy product from the factory located in the eastern municipality of Holguín and moved the stolen cheese to two homes several yards from the warehouse. 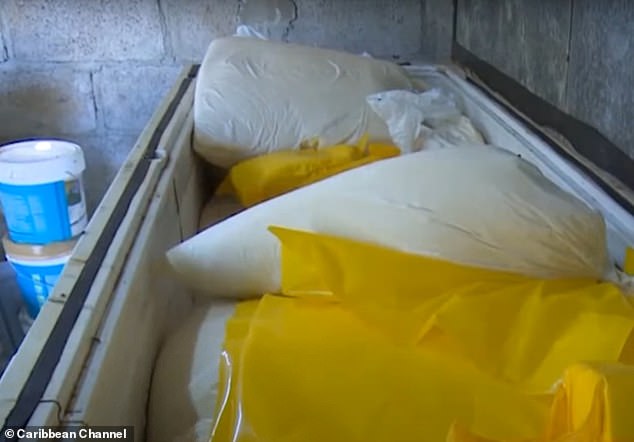 Cops in Cuba confiscated 1,485 of the 2,945 pounds of cheese that was stolen by four factory workers 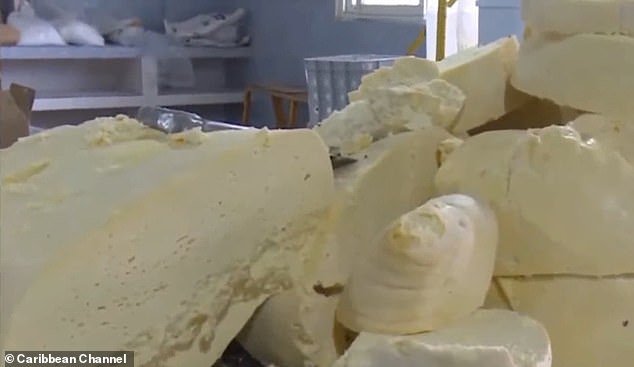 These cheeses were removed from the Holguín Dairy Company and kept at two nearby homes before they were transferred to a property, where the product was kept inside refrigerators before they were sold on the black market

The cheeses were kept there for an unknown time and later transferred over to a nearby property.

The suspects stored the cheese inside a commercial refrigerator that was hidden inside an air conditioned room.

The police said the cheeses were mainly sold on the black market to restaurant owners.

The suspects were charged with theft and unlawful possession of stolen goods. 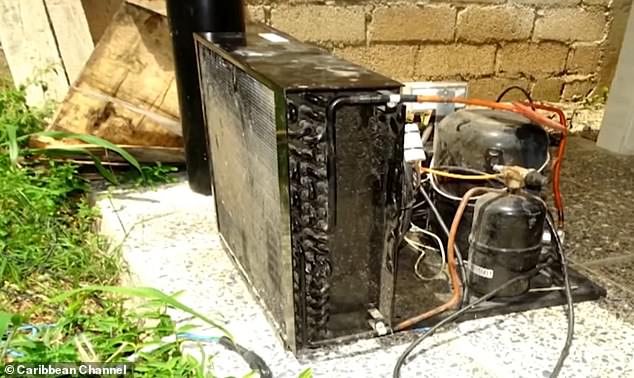 Authorities in Holguín, Cuba, confiscated an air conditioner used to cool down a room inside a property where the cheeses were stored 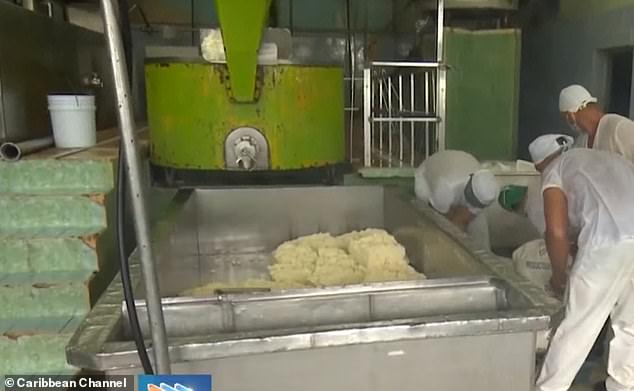 The four suspects (not pictured) who were arrested for stealing 2,945 pounds of cheese were employees of the Holguín Dairy Company