An NHS worker was spat at in the face TWICE by a man while she was walking home after a ten-hour shift as nurses are told to hide badges and not to travel in uniform following a spate of "coronavirus attacks".

Sama Shali, 33, works in medicine management at The Christie Hospital in Manchester, and was walking to a nearby tram station when she was targeted. 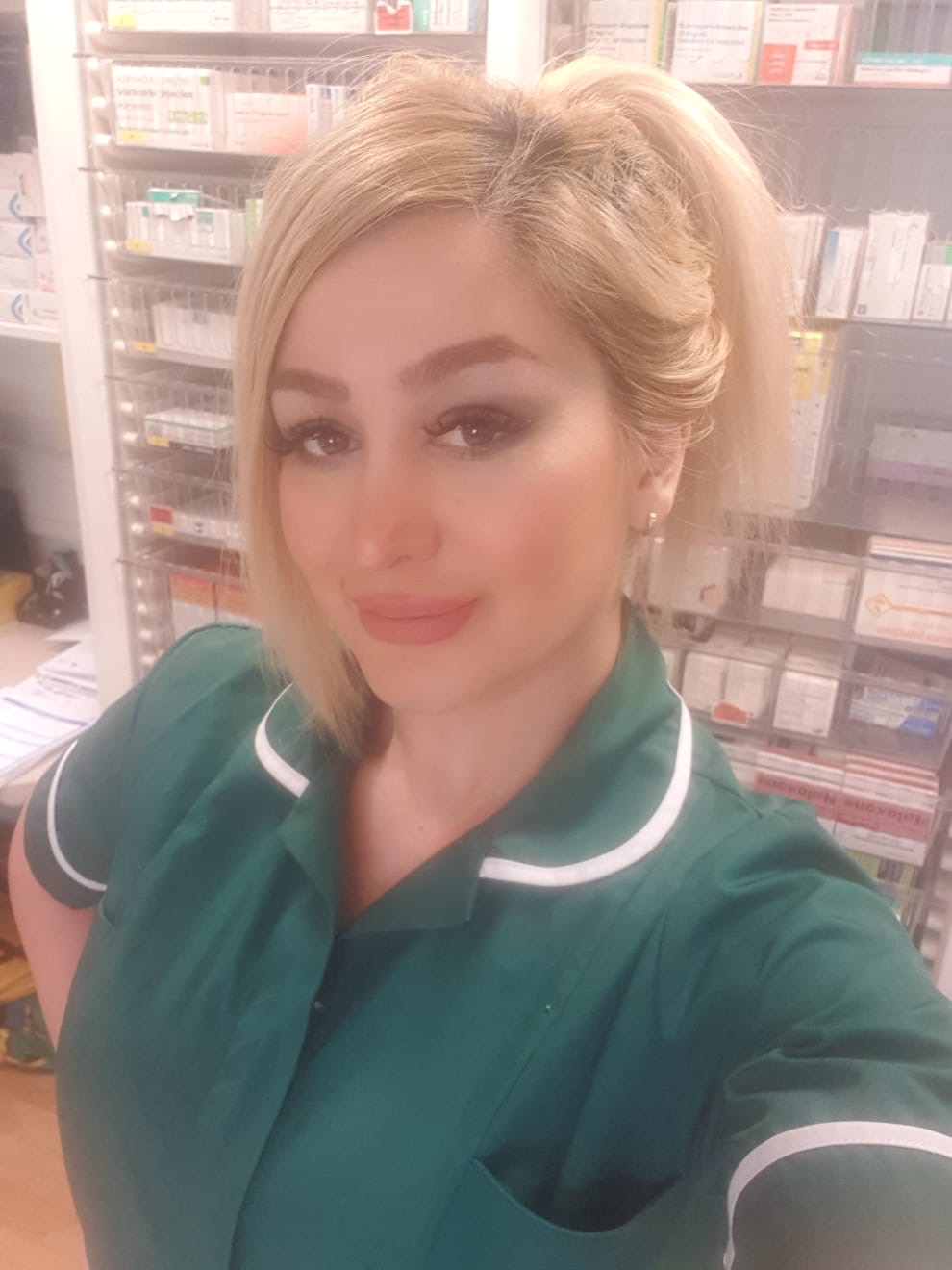 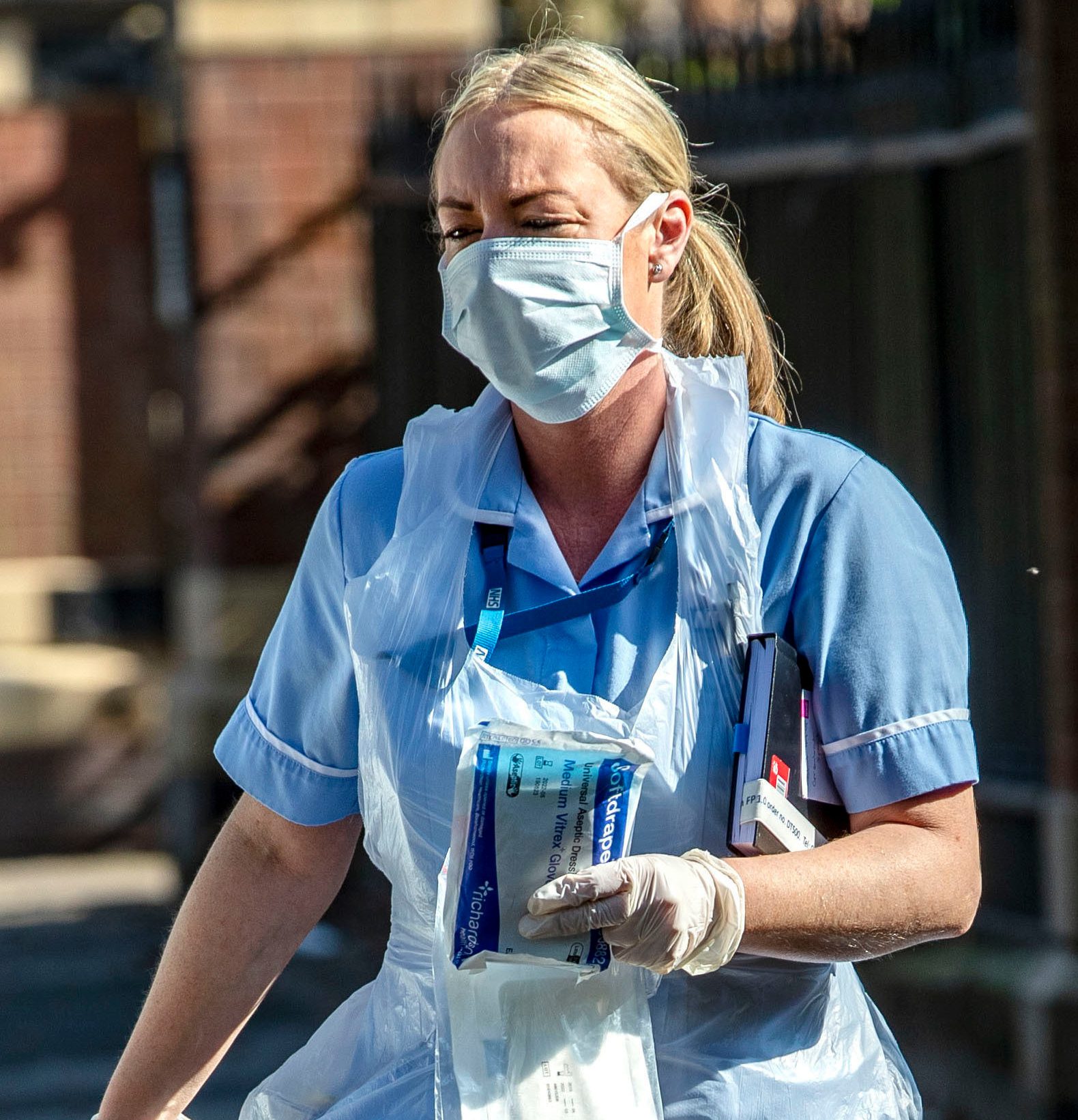 Shortly after 6pm on Wednesday, a man on a bike came up to her in West Didsbury and spat on her twice.

It comes as doctors and nurses across Britain have been robbed of ID badges, their cash and even a car during the lockdown.

Sama said: “He said something to me and I took my earphones out to hear what he said.

“I asked him if he could give me some space as he was quite close to me and then he spat in my face.

“I was so shocked and I told him I was going to ring the police. He just started circling me on his bike and then he did it again – he spat at my face again.”

Thankfully for Sama, who lives in Stretford, there were two women running nearby who saw the incident and were able to take a photo of the man and make him leave her alone.

She added: “I am so grateful to the women that helped me.

“But I am so shocked and upset about it – I just don’t understand why it happened to me.”

Sama said her work lanyard was clearly on display and she believes it might impact her job if the man has coronavirus.

She said: “I am scared he might have had coronavirus and wanted to spread it.

“Now I am scared that I could pass it on to my colleagues or patients. We are short-staffed and I am scared of the impact it will have on my team if I become ill.”

I am scared he might have had coronavirus and wanted to spread it.

Sama has worked in the NHS since 2015, having previously been a pharmacy manager at HMP Manchester, and currently works in the cancer research department at the Christie.

She says her managers and colleagues have been extremely supportive, but she still feels affected by what happened.

Sama said: “When I went home I had about three showers, not just because I felt dirty but because I was so upset. I spent all of the next morning crying.”

Witnesses said the suspect was tall and aged in his 30s.

Greater Manchester Police said: "Police were called at 6.15pm on Wednesday 25 March 2020 to reports of an assault on a 33-year-old woman on Wilmslow Road.

"A man on a bike approached the woman and spat at her twice before making off. The offender is described as a white man, aged in his 30s, and with a medium build.

"He was wearing a black jumper and black jeans and was riding a red pedal bike. No arrests have been made and enquiries are ongoing."

It comes as nurses have been warned not to travel in their uniform after being spat at in the street and called "disease spreaders".

The NHS heroes, who are battling coronavirus on the frontline, have also been told to hide their ID badges – after reports of greedy shoppers snatching them for restricted shopping hours. 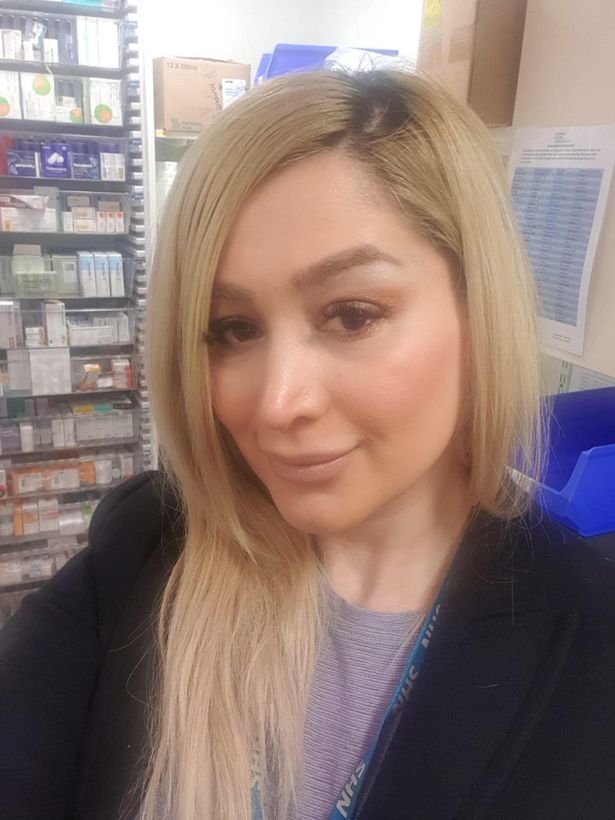 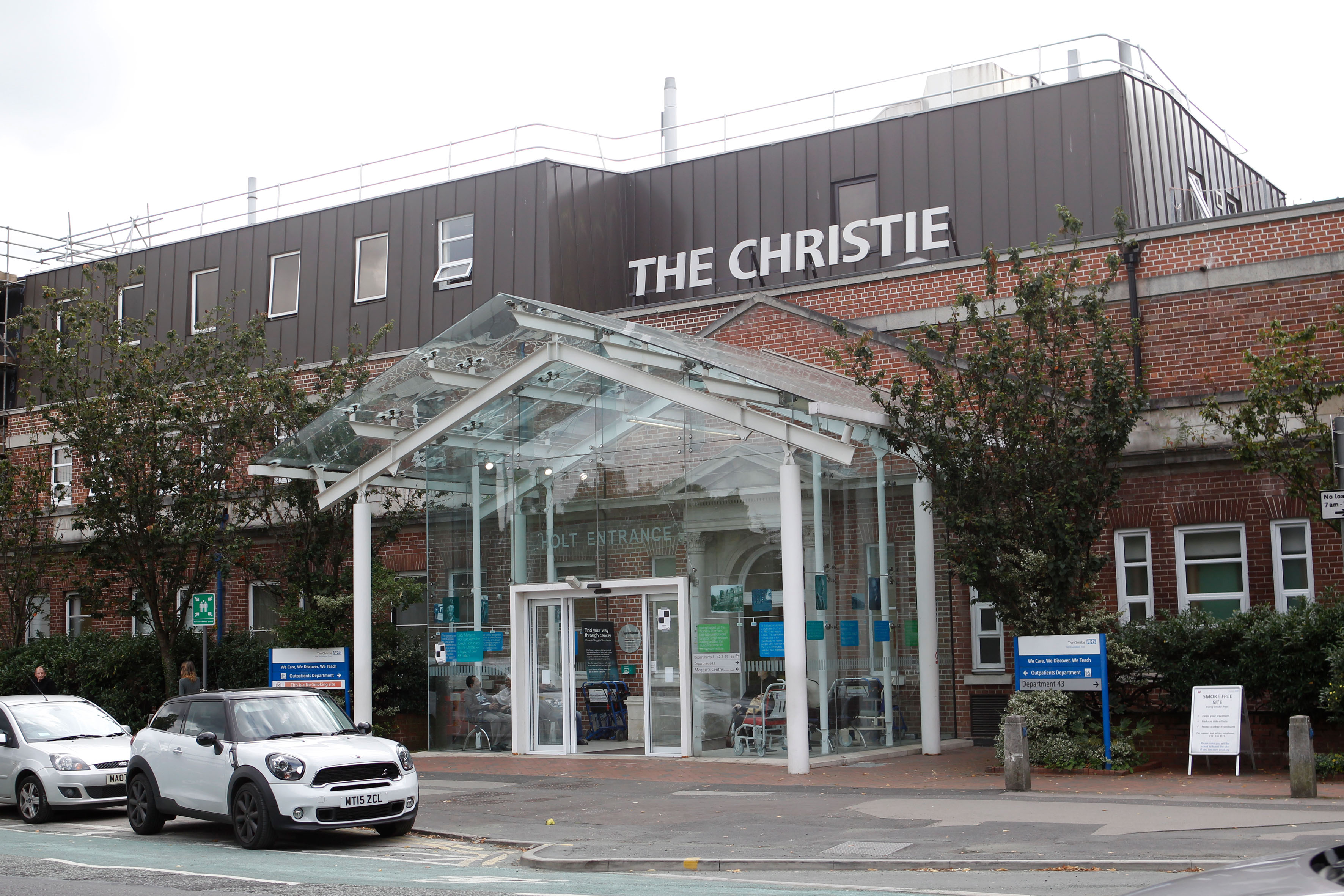 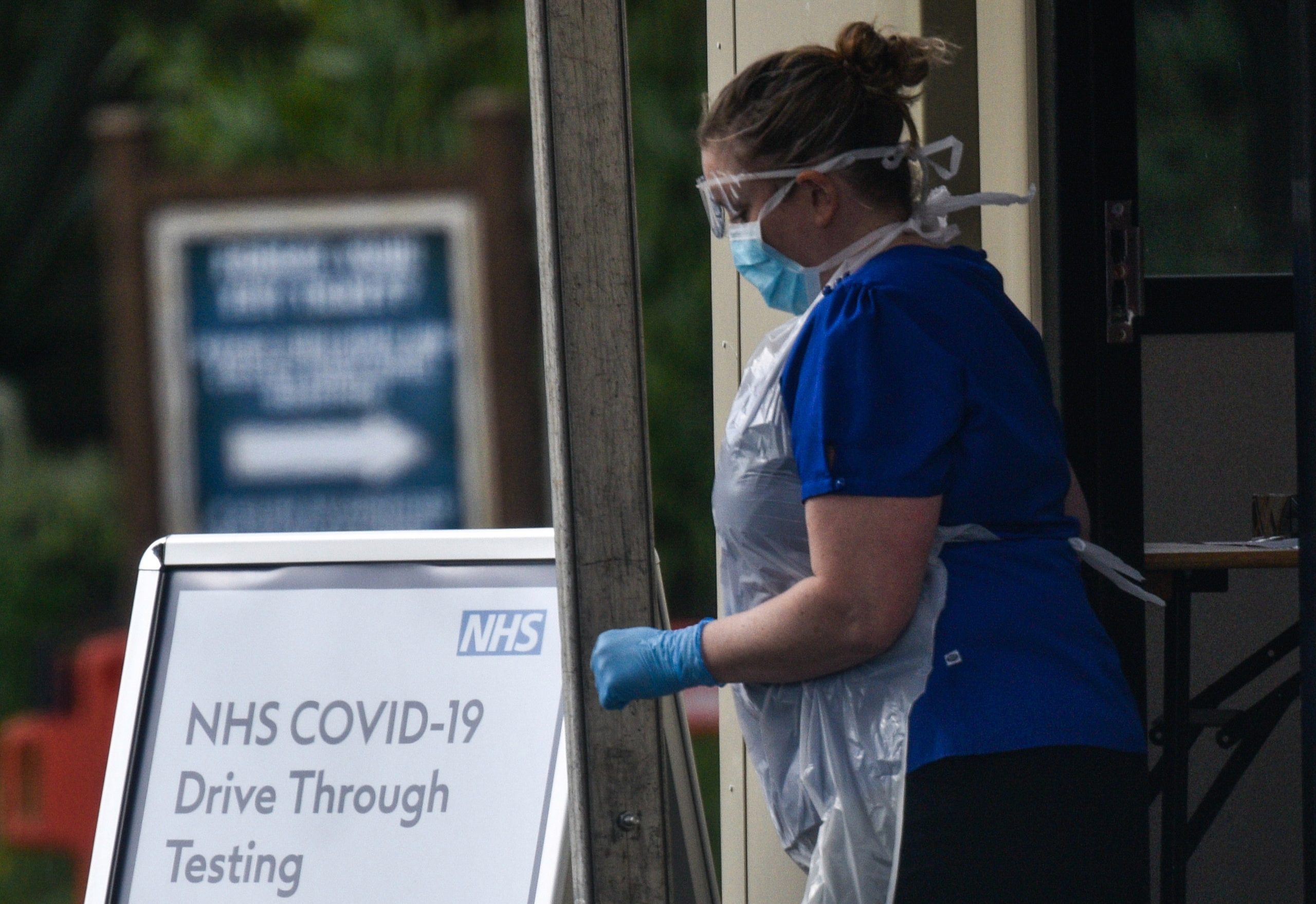 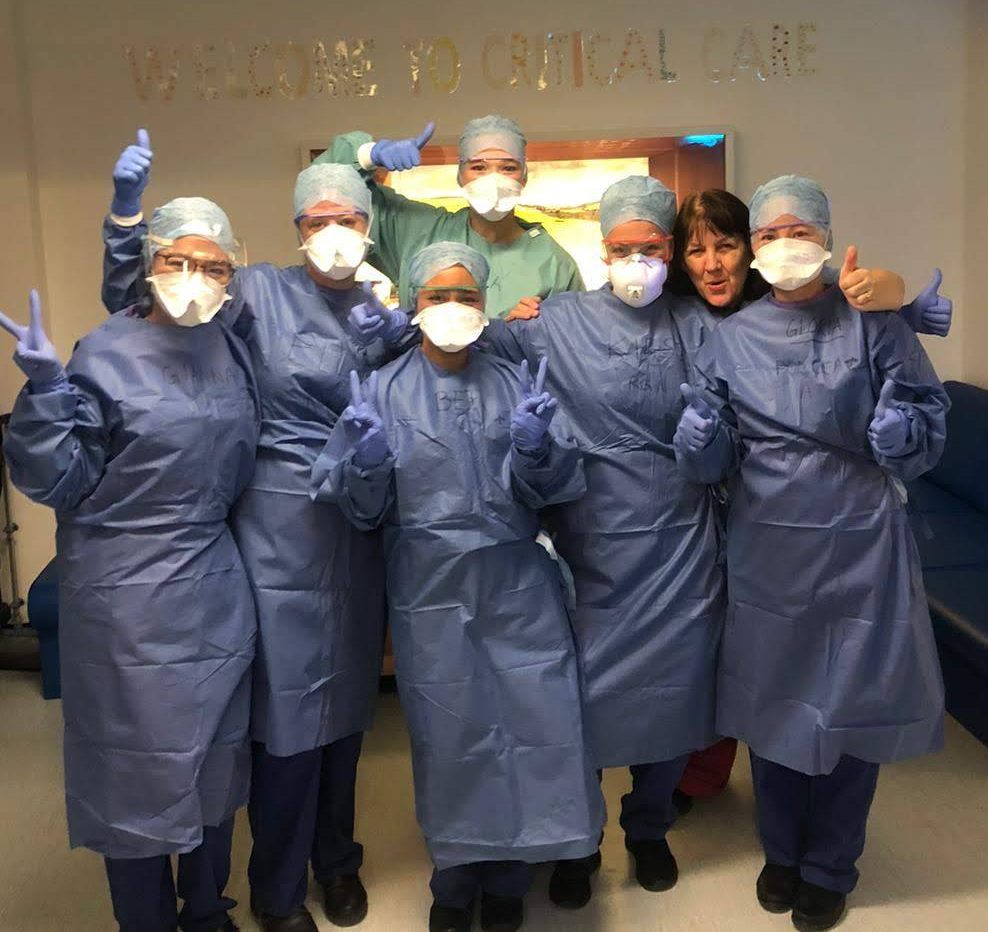 According to their union, dozens of NHS staff have said they are being abused in public – including being spat at.

It comes after a thug who spat at a police officer after threatening to infect her with coronavirus was jailed for 26 weeks.

David Mott, 40, also coughed at police sergeant Linda Haywood after telling him off for breaking new social distancing rules during the Covid-19 outbreak.

Drunk woman Joanne Turner, 35, was also jailed after coughing in a police officer's face and claiming she had coronavirus.

Meanwhile, a man has been Tasered after deliberately coughing over police officers as they sat in a car and claiming he had Covid-19.

The Metropolitan Police firearms command said on Twitter that the suspect had walked up to officers in a car in Haringey, north London, and "shouted that he had coronavirus before deliberately coughing saliva all over them".

He then began to physically attack them, officers said, before he was Tasered and arrested.

On Sunday, A NHS worker was punched in the face and left with a fractured cheek outside Salford hospital.

The man, in his 50s, was left badly hurt after the alleged assault unfolded at Salford Royal Infirmary in Manchester.

In Brighton, unemployed Peter Davy, 65, was arrested on Saturday after police said they were spat at by a man claiming to have coronavirus.

Sussex Police said three officers were spat at when they responded to reports of criminal damage at a block of flats in Brighton.

Meanwhile, a man has denied deliberately coughing in the face of a paramedic, allegedly telling him: 'Ha, ha, you've got it now', a court head.

Describing the attacks on emergency workers, Susan Masters, from the Royal College of Nursing’s director of policy, said: “I hear from community nurses that they are being heckled at and verbally abused and called ‘disease spreaders’.

"This is abhorrent behaviour, it must stop . . . Right now society needs us more than ever.”

In a desperate bid to stop the abuse, nurses have been told to stop wearing their uniform in public.

Last week, an email sent to nurses read: “Until further notice, can all nurses no longer wear their uniforms to travel to and from their place of work.

"There have been reported cases of some nurses being challenged by the public so this is not just to protect you from carrying anything on your uniforms but potential abuse.” 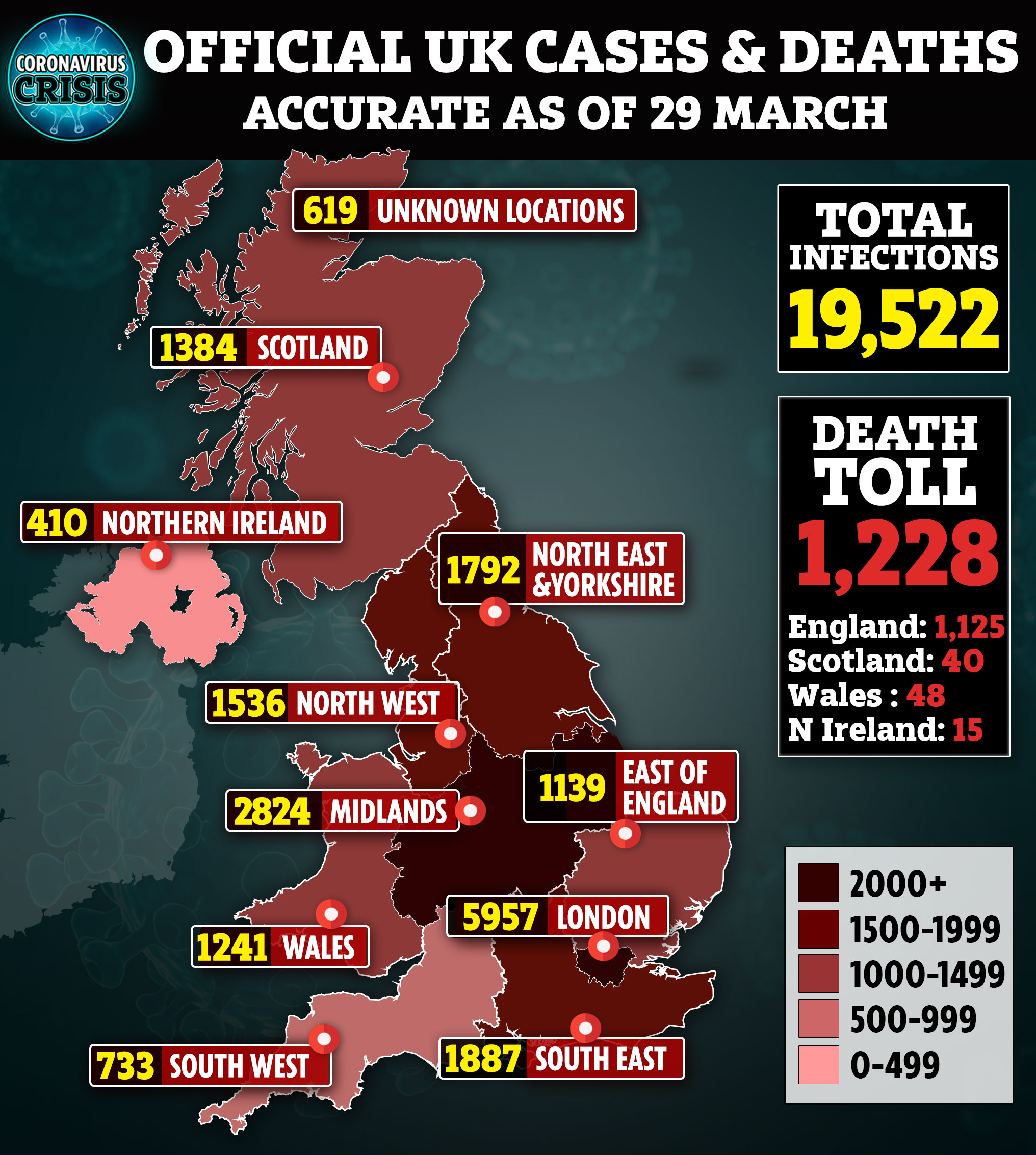 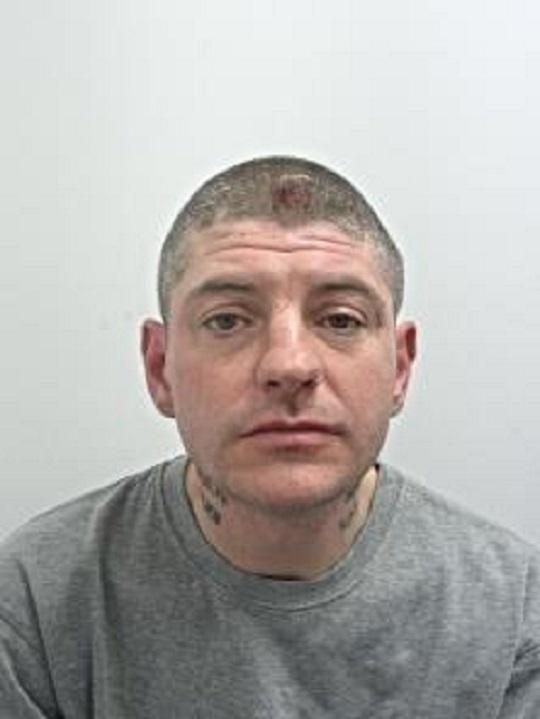 The plea was sent on the same day the nation came together to applaud medical staff doing their best to halt the spread of the virus.

One nurse told The Times: “I’m not surprised, sadly. I know people are worried and upset and we are easy targets.

"We’ve also been told to hide our ID badges, be careful when using them to access areas — only show them to official NHS staff and for work purposes, i.e. showing it to the patient.”

Staff at University College Hospital in London were reportedly sent another email after two doctors were mugged nearby.

It read: “Remember that with less people on the streets there is a smaller pool of the population for street criminals to target. This may well increase as people become more desperate."

It comes as others do their best to support our everyday heroes.

Luxury florist Wildabout Flowers sent 1,500 bouquets to hospitals across London while others were donated food from Meals For The NHS – a charity which has now raised £250,000 to provide meals for hero medics. 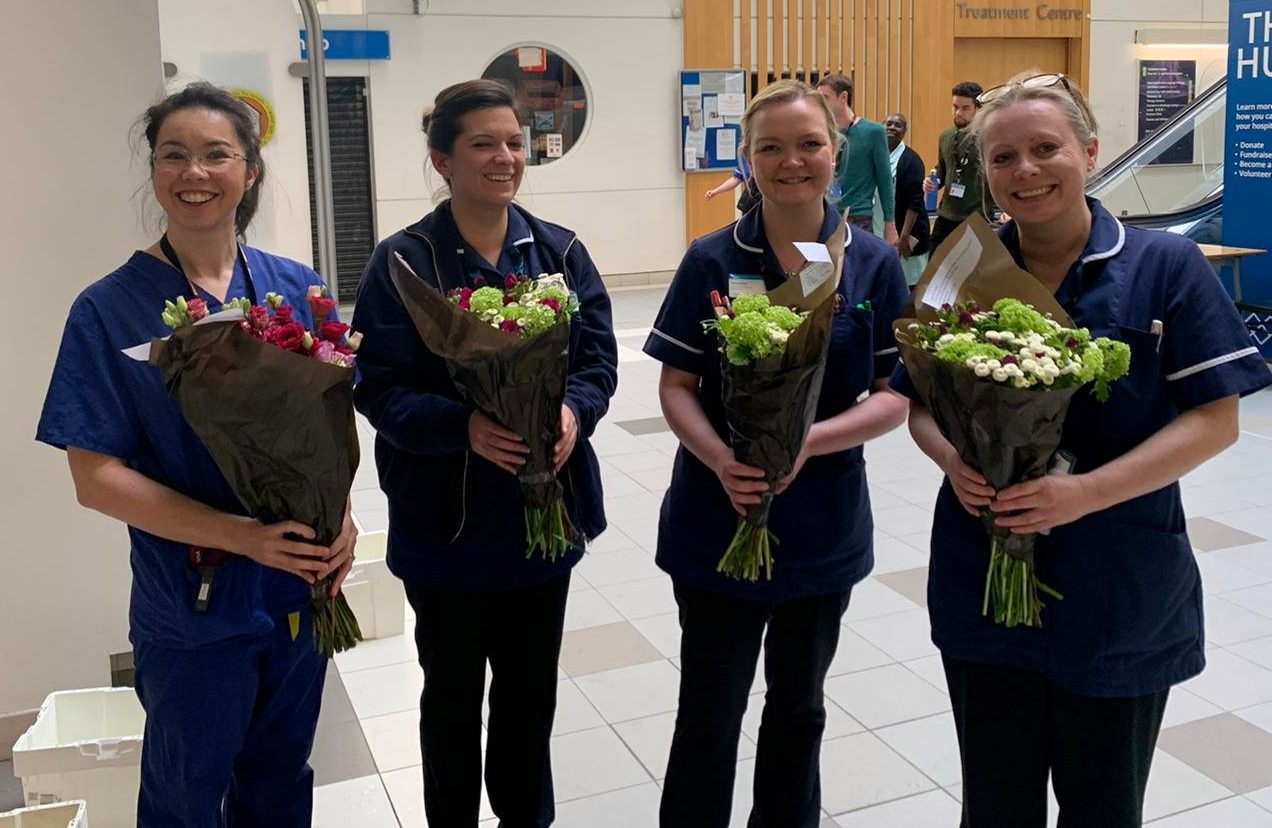 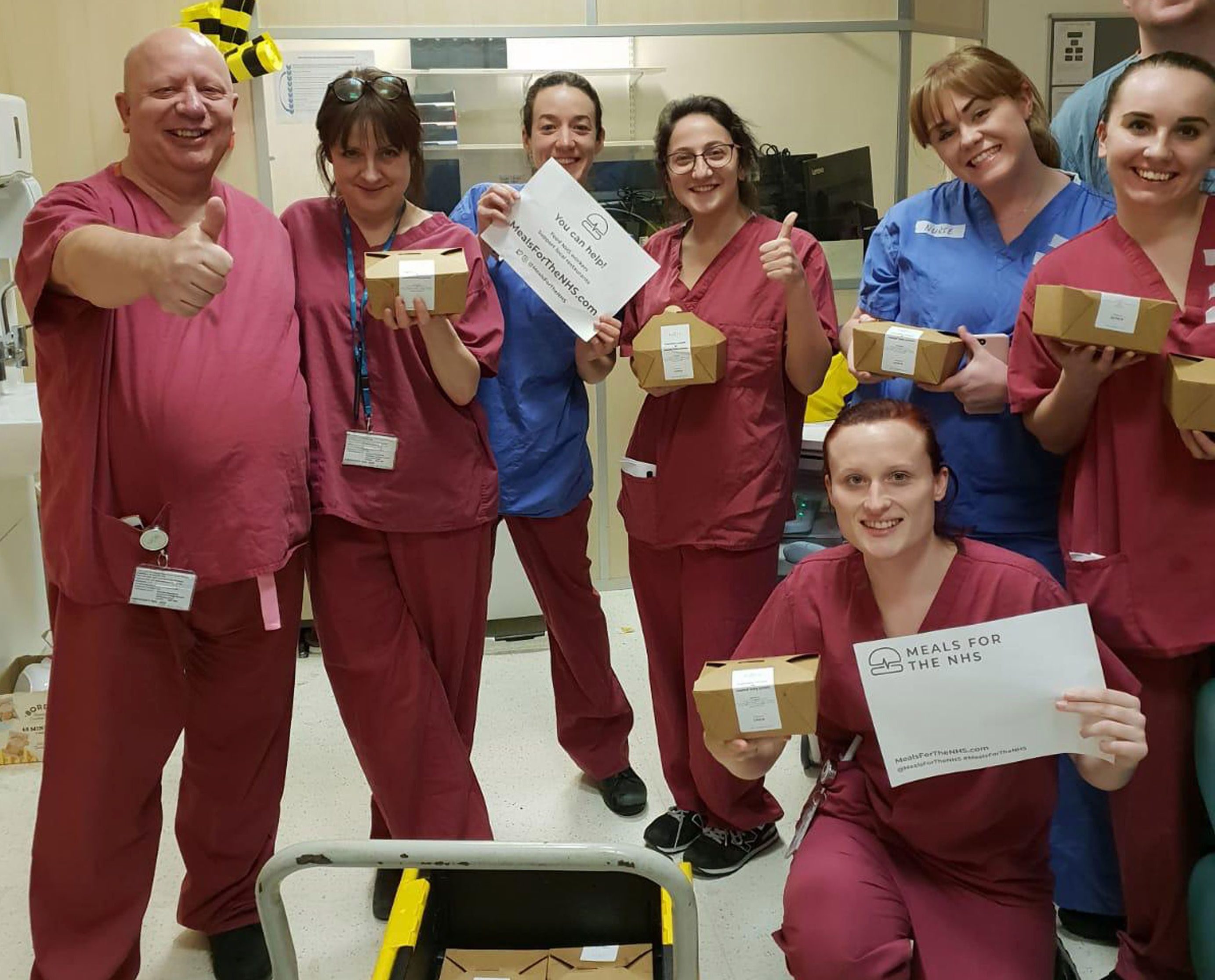