Berlin: Angela Merkel has said “the Cold War never ended” as she admitted she should have spent more on Germany’s military while she was chancellor.

Merkel conceded that “we should have reacted more quickly to Russia’s aggressiveness”, saying she took responsibility for “not making impassioned speeches about it every day”. 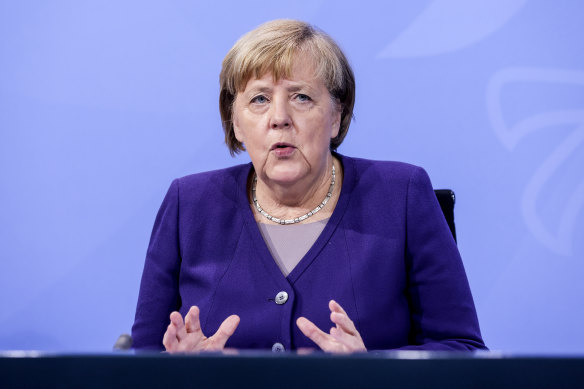 The recognition that she should have built a compelling deterrence “preoccupied” her, Merkel told Die Zeit.

“The Cold War never really ended because Russia was basically not satisfied,” she said.

After the annexation of Crimea in 2014 Germany raised military spending but never hit a NATO target of 2 per cent of GDP under her watch.

She conceded that this had weakened her ability to negotiate with Vladimir Putin, saying she “didn’t do enough” to deter the Russian president.

However, the former chancellor refused to repent for policies which led to greater German reliance on Russian gas, particularly through pipelines under the Baltic Sea.

She added that blocking Nord Stream-2 would have “dangerously damaged” relations with the Kremlin at a time when Berlin was trying to mediate a ceasefire in the east of Ukraine.

Any admission of fault would be disingenuous, she said, claiming that it would be “pathetic” to show contrition “just to have peace of mind”. 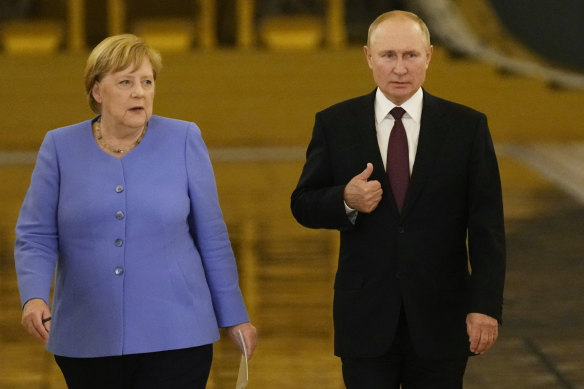 Merkel left office after 16 years a year ago, handing over to Olaf Scholz of the Social Democrats.

Her approval ratings were high when she left.

Since then much of her legacy has fallen apart. Wolfgang Schäuble, her long-time finance minister, said last month that he found it remarkable that “even now she cannot say that we made mistakes”.

“We didn’t want to see it, that was true for everyone,” Schäuble said of German dependence on Russia.

Get a note directly from our foreign correspondents on what’s making headlines around the world. Sign up for the weekly What in the World newsletter here.