Chinese student 'jumps out of a bus to escape coronavirus quarantine'

A young woman has been caught by authorities in China after trying to dodge coronavirus quarantine despite having a fever.

The woman, who is a Chinese citizen, had flown back to her home country from Germany, where she was studying, to avoid the escalating pandemic.

Social media footage shows her jumping out of a window from a bus, which was taking her to an isolation facility from the airport. She was immediately tackled to the ground by a group of hazmat-clad health officers. 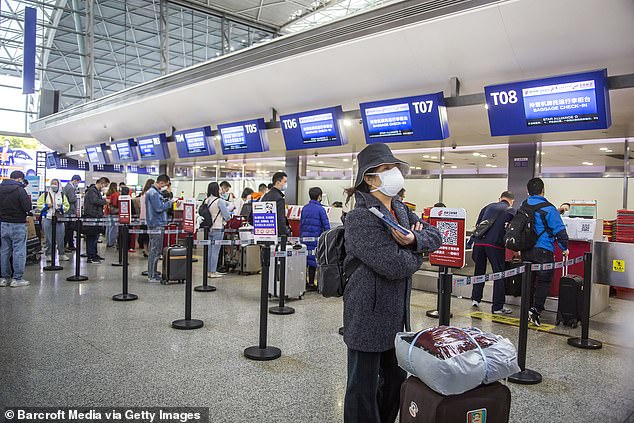 It came after international students scrambled to get a ticket to fly home after the number of cases in China dropped sharply but soared in Europe.

Chinese state media warned that the swarms of travellers would ‘highly likely’ trigger a second wave of infections after the country claimed to have largely contained the epidemic.

The female student reportedly had a persistent high temperature after arriving in the eastern Chinese city Qingdao from Frankfurt yesterday.

She was waiting on a mini bus with other air passengers who were due to be transferred to a designated quarantine point.

The unidentified resident was ‘eager to go home’ as she attempted to run away, according to the press. She later tested negative for the coronavirus and has been put under mandatory isolation. 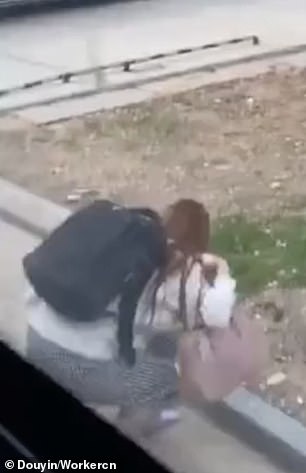 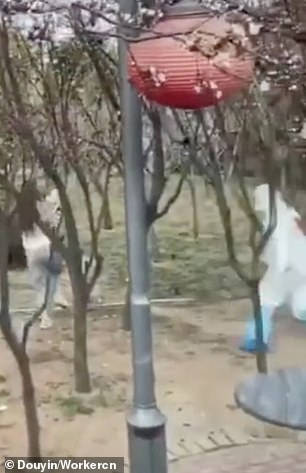 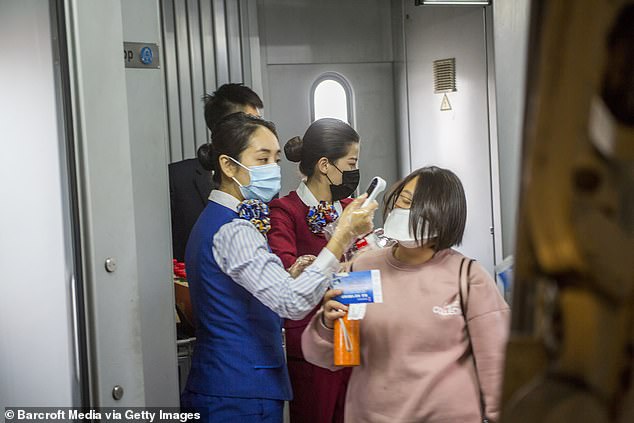 Chinese officials have ordered passengers arriving from virus-hit countries to be quarantined for 14 days. International flights have also been reduced as the nation seeks to curb the contagion from ‘imported cases’.

The new restrictions come as China sees a rising number of cases imported from abroad, threatening to spoil its progress to contain the epidemic.

A second coronavirus outbreak in China is ‘highly likely’ and ‘even inevitable’ as the pandemic escalates, China’s state newspaper has warned.

Loopholes in the health screening process and inadequate quarantine measures for people arriving from abroad are the main factors for the looming new crisis, according to state-run Global Times.

The stark warning comes as former epicentre Hubei Province, apart from its capital Wuhan, is set to lift travel restrictions tonight after being locked down for two months.

It also comes as Wuhan has registered its first native infection, a doctor, after reporting zero cases for five consecutive days. 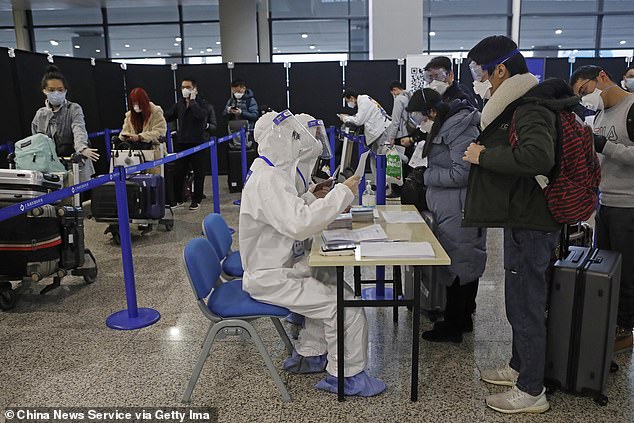 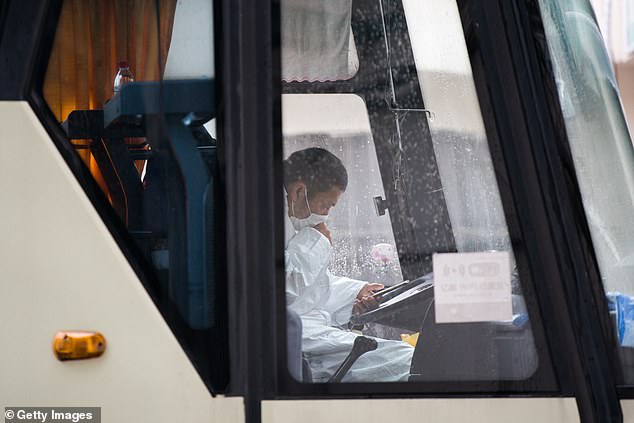 The National Health Commission recorded a total of 723 coronavirus cases from abroad as of yesterday. A bus driver sits inside of a bus which is used to transfer international passengers from Pudong Airport to a designated quarantine hotel in Shanghai

The National Health Commission recorded a total of 723 coronavirus cases from abroad as of yesterday. The deadly disease has infected over 81,000 people in China and at least 3,300 people have died.

Spain has become the third country to surpass China’s coronavirus infection total after the number of cases rose by almost 6,400 overnight.

The UK’s coronavirus outbreak looks to be slowing down because of the Government’s unprecedented decision to put Britain in lockdown, one of Number 10’s leading experts said today.

Professor Neil Ferguson claims to have detected ‘early signs’ that the spread of the life-threatening infection was being curbed by the draconian measure, with the rate of increase in hospital admissions easing.