The men stole the items, which have often been in short supply in supermarkets following the outbreak of Covid-19, during a burglary at a building site in Hatfield Peverel, Essex.

The stash, along with a laptop and a microwave, was found in a van just 30 minutes later.

Proud police officers revealed the find on Twitter, with the hashtag #ThatsHowWeRoll. 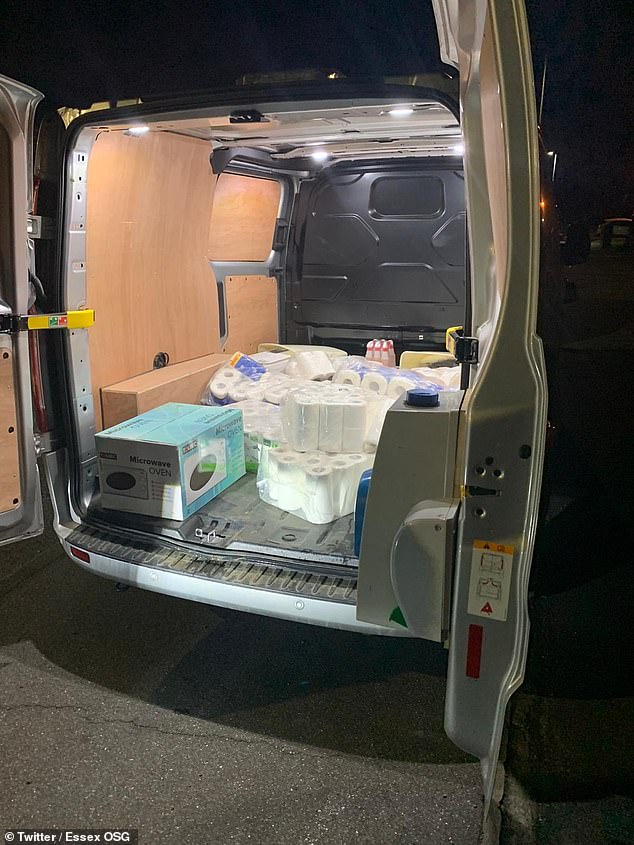 The three ‘bog roll bandits’ were arrested 30 minutes after the burglary at a building site in Hatfield Peverel, Essex. Police found a van with the stolen items inside 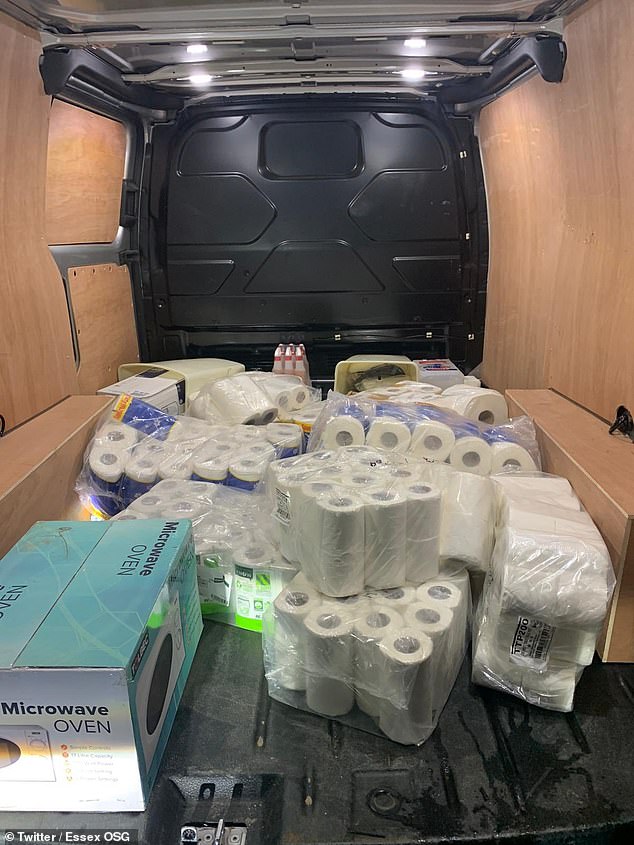 The stolen items included toilet paper and hand sanitiser, which have often been in short supply in supermarkets following the outbreak of coronavirus in the UK.

Now the men have been ordered to carry out unpaid work and pay fines and costs of £125 after admitting burglary.

Johnnie Scamp, Thomas Simonds, and James Scamp, all from Essex, were arrested within 30 minutes of a call to police following the break-in at the building site, which took place on Friday, March 20.

They appeared before magistrates in Chelmsford on Monday, March 23.

The trio have all also been told to pay fines and costs of £125.

Investigating officer Police Constable Brian Sargent said: “Officers responded really quickly to reports of suspicious activity at the building sit and were able to detain these three men shortly after the offence had taken place.

“This swift response just highlights that we’re still out around the county, protecting and serving Essex.

Dylan Sprouse’s Quotes About Quarantining With Barbara Palvin Are Relatable AF — EXCLUSIVE
Little Mix’s "Break Up Song" Lyrics Will Make You Feel Like A Single Queen
Popular News
Back pain: Does your lower back hurt? Effective treatments for a herniated disk
05/07/2022
Stuart Broad builds up to second Virtual Test with Sri Lanka
26/03/2020
Bindi Irwin Made Last-Minute Changes to Her Wedding Due to Coronavirus Lockdown
26/03/2020
Widow on The Repair Shop leaves viewers sobbing
26/03/2020
Coronavirus lockdown: Global quarantine reveals weird fact about humanity
26/03/2020
Recent Posts