Donations to political parties which had two MPs elected at the last general election, or one MP elected and a total of 150,000 votes, are exempt from inheritance tax. 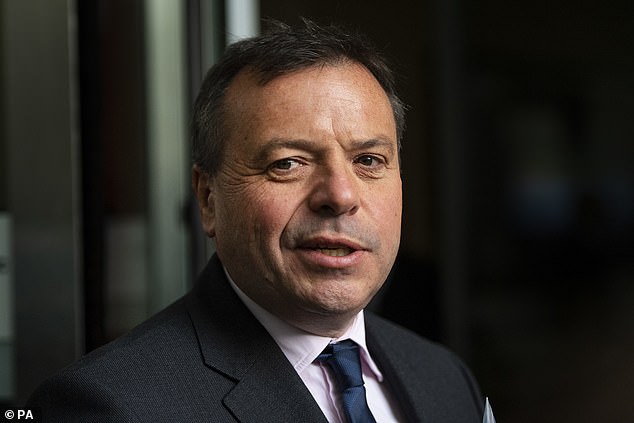 Arron Banks (pictured) has lost a bid to use European human rights law to overturn a tax bill of £160,000 on almost £1 million in donations to Ukip 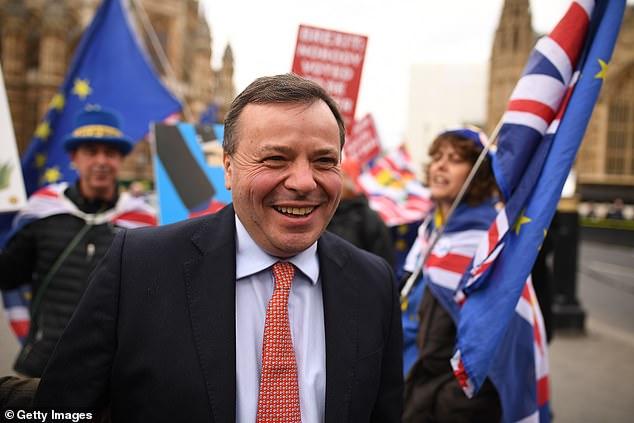 Mr Banks, 54, challenged the decision at the first-tier tribunal (FTT), arguing the law on political donations being exempt from inheritance tax breached his human rights and breached EU law.

He claimed the provisions of the Inheritance Tax Act were unlawfully discriminatory under the European Convention on Human Rights (ECHR), as well as breaching his – and Ukip’s – right to freedom of expression and freedom of assembly under the ECHR. 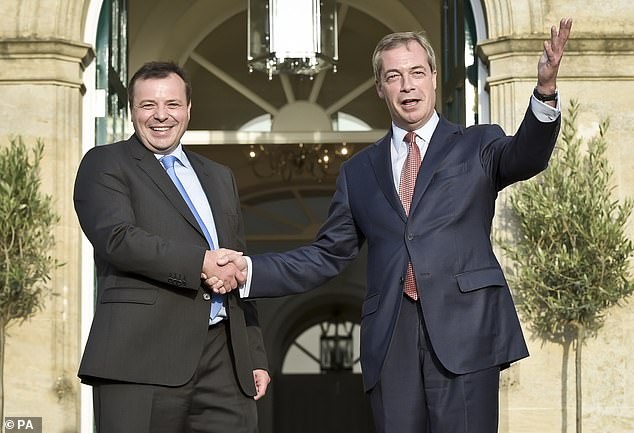 Banks, known for bankrolling Nigel Farage’s (right) campaign to leave the EU, was appealing the original dismissal of his challenge in November 2018

Arron Banks has been dubbed ‘the man who bought Brexit’ for the way he bankrolled Nigel Farage’s campaign to leave the EU.

The multi-millionaire has donated millions to Ukip and in 2016 he backed Mr Farage’s Leave.EU group.

He was pictured alongside Donald Trump when the President met Nigel Farage in New York just days after his shock US election victory.

Mr Banks made his fortune from the Bristol-based insurance broker Brightside which he founded. He then went on to found another firm, GoSkippy.

He is married to Russian Ekaterina Paderina and has five children.

Originally a modest Tory donor, in 2014 he defected to Ukip in desperation at David Cameron’s stance on Europe.

William Hague made the mistake of describing Mr Banks as ‘somebody we haven’t heard of’ following his defection – prompting him to up his donation to Ukip from £100,000 to £1million.

The FTT dismissed his challenge in November 2018 and Mr Banks took his case to the upper tribunal, which rejected his appeal in a written judgment delivered on Wednesday.

Mrs Justice Falk ruled that the difference in treatment between Mr Banks and an individual who donated to a political party with two MPs, or one MP and which received more than 150,000 votes, was not discriminatory under European human rights law.

She also ruled that the FTT was wrong to have found that the difference in treatment was discriminatory on the grounds of his political opinion.

The judge said the provisions of the Inheritance Tax Act were proportionate in the pursuit of ‘a rational and legitimate aim’, namely ‘to provide tax relief on donations to political parties that are participating in Parliamentary democracy by being represented in the House of Commons’.

Mrs Justice Falk also dismissed Mr Banks’ contention that the law on inheritance tax exemption unlawfully interfered with his rights to freedom of expression and assembly.

She said: ‘The existence of a tax charge does not obviously restrict the expression of any opinion or the ability to associate, whether with Ukip or anyone else.

‘There was also no evidence to support the argument that Mr Banks was in fact deterred from expressing opinions or supporting Ukip, whether by making donations or otherwise.’

Reacting to the judgment, Jo Maugham QC, a barrister at Devereux Chambers specialising in tax law, said: ‘Our sovereign Parliament, in an area within its sole competence, chose what donations it wanted to privilege through the tax system.

‘Mr Banks’s attempts to undermine that sovereignty have, quite properly, failed.’