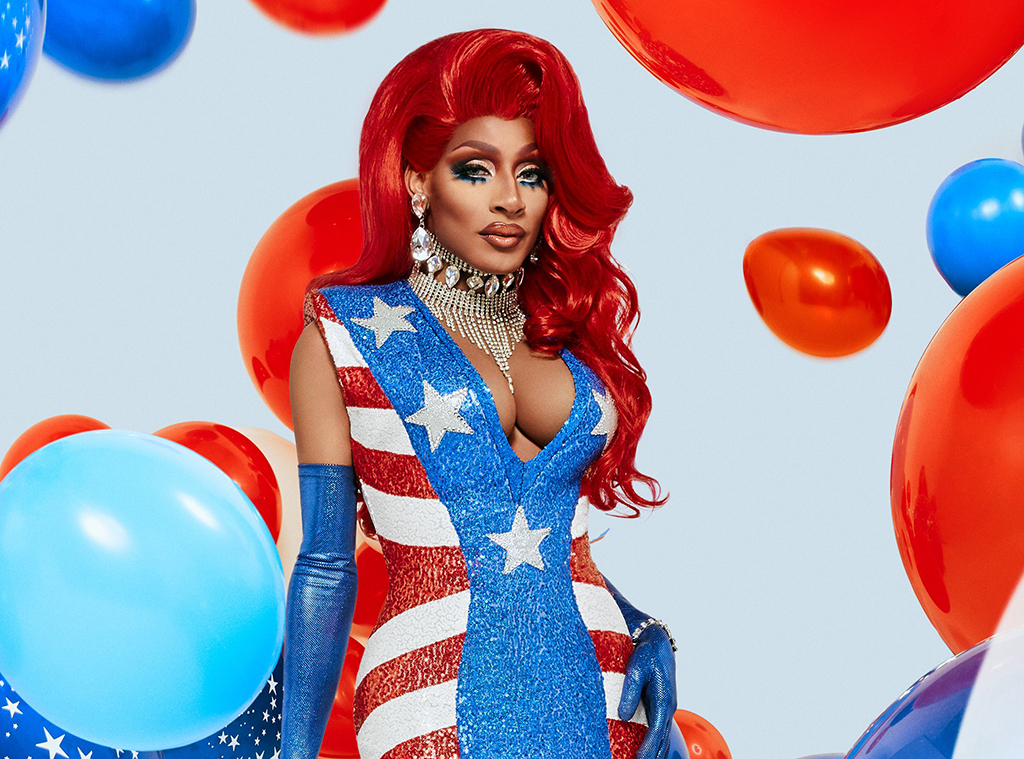 The superfans are coming to Drag Race this week.

In tonight’s episode, the queens get to give makeovers to a group of RuPaul’s Drag Race superfans, and E! News has your first look at Jaida Essence Hall and her new very excited friend Bethany.

Jaida says she chose Bethany purposely for her energy.

“She seems a little more reserved, but I bet you there’s a wild side in there somewhere that needs to be released, and I was right.”

Bethany isn’t just a viewer of the show. She’s also a regular attendee of Drag Con, and she brings her kids along with her, which as Ru points out, is not a typical parenting move.

“It should be,” Bethany says. “It is a happy place. My oldest says, ‘look at all these pretty princesses,’ and I get to show her that she can be whatever she wants to do.”

Hopefully Bethany will make as good of a drag queen as she does a parent, but it’s looking good, because Jaida’s got plenty of experience doing other queens’ makeup.

You can watch the clip below!

The episode’s description reads, “the queens must give makeovers to Drag Race superfans, but the superfans have no idea what’s about to happen to them.”

The fans have been told they’re just there to watch the show, but they’re in for a whole lot more than that. Daisy Ridley of Star Wars fame serves as celebrity guest judge.

Related posts:
Vanderpump Rules’ Stassi Schroeder looks unrecognizable with darker hair and no makeup during lockdown – The Sun
Kelly Ripa and Mark Consuelos: A Timeline of Their Relationship
Popular News
Casualty fans complain about lack of masks after heartbreaking Covid episode
16/01/2021
Stuart Broad builds up to second Virtual Test with Sri Lanka
26/03/2020
Bindi Irwin Made Last-Minute Changes to Her Wedding Due to Coronavirus Lockdown
26/03/2020
Widow on The Repair Shop leaves viewers sobbing
26/03/2020
Coronavirus lockdown: Global quarantine reveals weird fact about humanity
26/03/2020
Recent Posts
This website uses cookies to improve your user experience and to provide you with advertisements that are relevant to your interests. By continuing to browse the site you are agreeing to our use of cookies.Ok