Home » TV and Movies » These Would Be Our Oscar Nominations

These Would Be Our Oscar Nominations 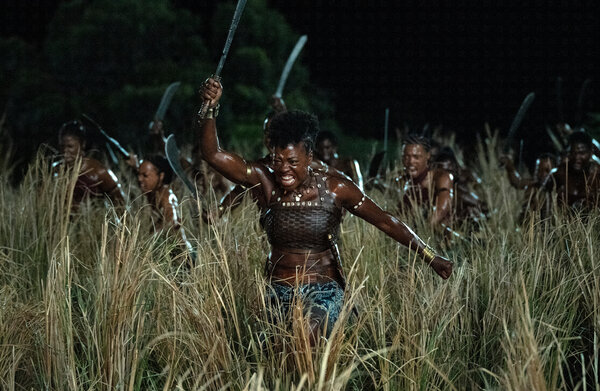 In addition to the Academy Award nominees our chief film critics Manohla Dargis and A.O. Scott would name, five other movie-loving New York Times staffers weighed in with their selections for three of the big prizes: best picture, best actress and best actor. (Except for the featured pick, the slates are in alphabetical order, with 10 entries for best picture and five for the acting categories, as in the official nominations.)

These aren’t predictions so much as wishful thinking, and we will see when the nominations are announced on Jan. 24 how much we overlap, if at all, with Academy voters.

For Best Picture: “The Woman King”

I walked into “The Woman King,” directed by Gina Prince-Bythewood, knowing little about it beyond the trailer and walked out utterly exhilarated. It had the crisp action scenes, edge-of-your-seat intrigue and array of soldier characters that are hallmarks of most great war movies. But watching women (including the tremendous Viola Davis, Thuso Mbedu, Sheila Atim and Lashana Lynch) do the fighting and bonding was unexpectedly emotional. (Read our review; rent or buy the film on Amazon Prime Video, Apple TV+ or other platforms.)

“All the Beauty and the Bloodshed” (Laura Poitras)

The Oscars aren’t until March, but the campaigns have begun. Kyle Buchanan is covering the films, personalities and events along the way.

With its bleak, rainy nights and ominous, do-NOT-go-down-there basements, “Barbarian,” written and directed by Zach Cregger, is the kind of horror movie that makes you believe you know exactly where it’s headed. That it shatters those expectations is just part of its darkly delightful appeal. It’s a jump-scare popcorn movie that is also engaged in a thoughtful conversation with the audience. (Read our review and watch on HBO Max.)

“The Banshees of Inisherin” (Martin McDonagh)

Having a young daughter may make me susceptible to the formative years depicted in “Aftersun,” “Petite Maman” and “The Florida Project,” but these family close-ups deserve a wider audience. After all, we were all once young daughters or sons. By layering innocuous scenes from a poignant vacation — frolicking at the pool, fretting in the hotel room — Charlotte Wells delivers a staggering debut feature. May her filmmaking never grow old. (Read our review; buy it on Amazon Prime Video, Apple TV+ or other platforms.)

“The Banshees of Inisherin” (Martin McDonagh)

Alice Diop’s meticulous courtroom drama — an inquiry into motherhood, migration and the gaps between juridical and psychological truth — is the most intelligent film of the year. But “Saint Omer” has a heart as well as a brain. As Laurence, a Senegalese philosophy student on trial in France for killing her daughter, Guslagie Malanda provides a performance as cathartic as any Greek tragedian’s: so precise, so hard-boiled, so controlled in its torment that a monstrous crime opens onto unplumbed depths. (Amazingly, this is only Malanda’s second movie; she’s better known in Paris as a curator of contemporary art.) In the dock at Saint Omer, she turns inscrutability into a moral summons: to probe our societies and our souls in all their violence and grace.

There has been so much talk over the past year about how weak the 2023 best actor category is, but maybe that would change if we thought and watched more expansively. “Weird,” the only sporadically true story of the pop-parody genius Al Yankovic, is not eligible for Oscars consideration because it wasn’t released theatrically, but show me a more committed, passionate, surprisingly ripped and uproariously entertaining performance than Daniel Radcliffe as Weird Al. I’m willing to die on this hill. (Watch it on Roku.)