Home » TV and Movies » The One Show: Alex Jones fumes at co-host after awkward wardrobe blunder

The One Show: Alex Jones fumes at co-host after awkward wardrobe blunder

The One Show has been broadcasting live as normal amid the coronavirus outbreak which has resulted in many other BBC shows being taken off-air. The social distancing measures mean the show now has minimal crew, which tonight led presenters Alex Jones and Amol Rajan to make a wardrobe blunder tonight, leading Alex to fume at her co-host.

The pair have been presenting together after Alex’s former co-star Matt Baker departed the show earlier this week.

Speaking to guests via video-call and maintaining social distancing guidelines from the government amid the COVID-19 spread, the show has been able to remain broadcasting as normal.

However, the show has been affected behind-the-scenes as they are currently working with a much smaller crew than usual, leading to a blunder from the hosts tonight.

Amol introduced the show to viewers, as usual, saying: “Hello and welcome to your Friday One Show, with Alex Jones.” 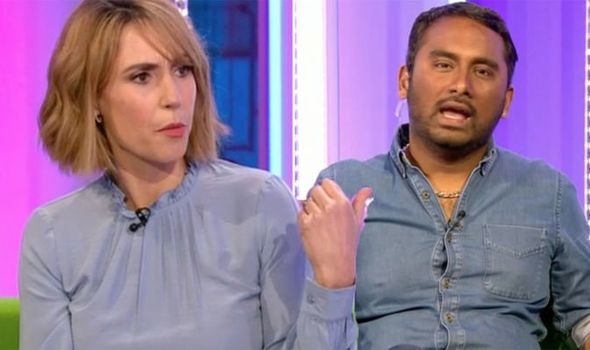 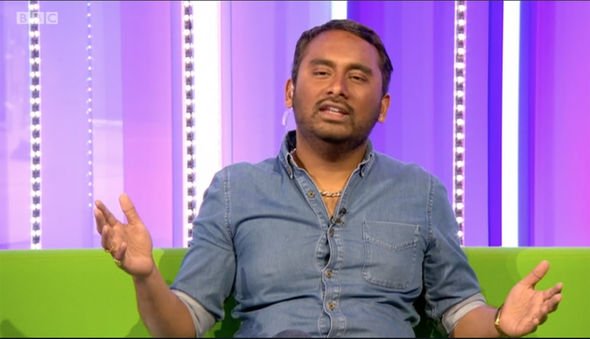 As the camera turned back to Alex, she replied: “And dressed in identical clothes, it’s Amol Rajan.”

The pair both were wearing almost identical outfits as they both donned jeans and tops in very similar shades of blue.

Amol, defending his outfit, replied: “I mean, I did say to you at half-past five, ‘I’m going to go double denim, are you cool with that?’”

Alex hit back, adding: “See this is the problem, we don’t have anyone overseeing anything: clothes, hair, make-up, don’t even talk about the hair tonight.