By 1990, the Teenage Mutant Ninja Turtles were a phenomenon. They’d lept from the pages of an obscure indie comic book to weekday afternoon television. As such, TMNT was already a popular line of action figures. Naturally, the next step was a live-action movie. Masters of the Universe could just hire Dolph Lundgren to play He-Man, but there’s no casting for four bipedal turtles and a rat. 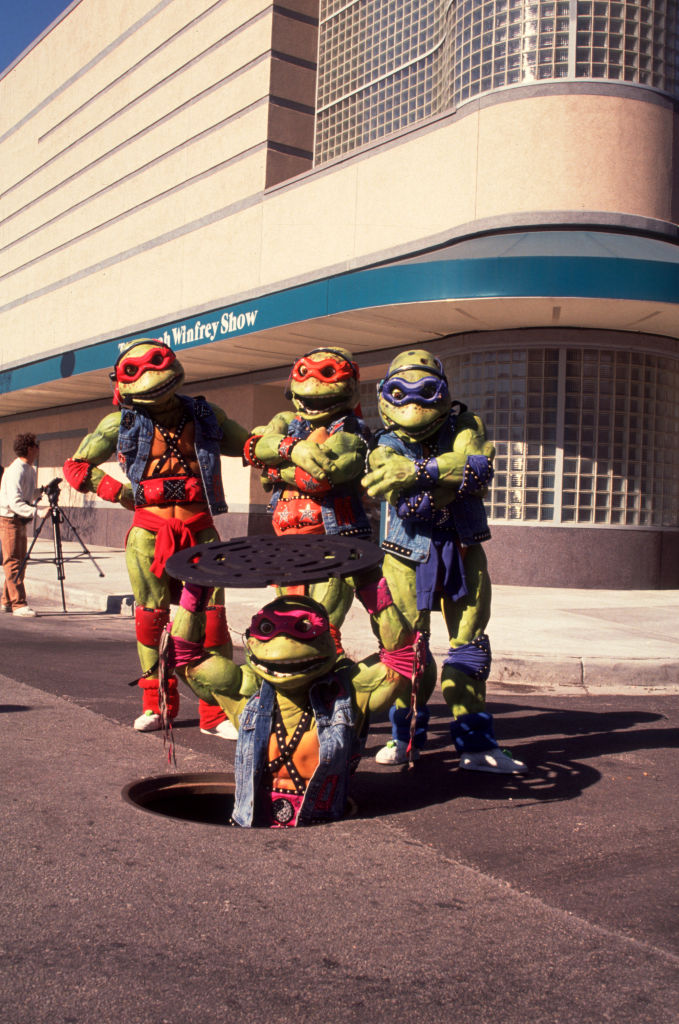 So the first trilogy of movies went with turtle costumes and animatronic puppets. The Jim Henson Company designed the suits for the first two movies, so they’re great. The third live-action film tried to go with cheaper suits and it shows. It’s the two Henson TMNTs that Netflix has available to stream in time for the 30th anniversary of 1990’s Teenage Mutant Ninja Turtles on March 30.

The most remarkable thing is not the Jim Henson animatronics, although they are wonderful. It’s that real martial artists could perform choreography in those costumes. It’s far less impressive that newer films could create more “realistic” teenage mutant ninja turtles with CGI. That’s just art. Doing accurate martial arts while encased in foam and a head with moving parts is a remarkable physical achievement.

And they’re not just simple punches and kicks. The TMNT performers were acrobatic, but the Splinter puppet doing martial arts is the cutest. Handling nunchucks with rubber sleeves can’t be easy. They also manage to put pizza in their mouths and take a bite. We know the pizza isn’t going anywhere, but they bit it off. They eat pork rinds too.

The Teenage Mutant Ninja Turtles movie came a year after Batman. That was a movie that changed blockbusters and comic book movies. TMNT took the dark aesthetic and set their turtles in a gritty city.

A lot of the film happens at night or in shadows. Like Batman Returns there would be criticism it’s too dark and violent for kids (including from the Henson company) so the sequel would be lighter visually and in content. Secret of the Ooze still has more charms than Batman Forever though.

It took the Turtles seriously

The idea of Teenage Mutant Ninja Turtles is outrageous. That’s why Kevin Eastman and Peter Laird wrote the comic. Yes, they’re funny. That’s why they amuse kids. But the TMNT movie never treated the Turtles like a joke. They’re real characters deserving of audience empathy.

When Raphael faces the Foot Clan on the roof, he holds his own but you gradually get the sense he’s outnumbered. Sure enough they overpower him and he needs his brothers’ help. Raph gets hurt and takes a long time to recover. 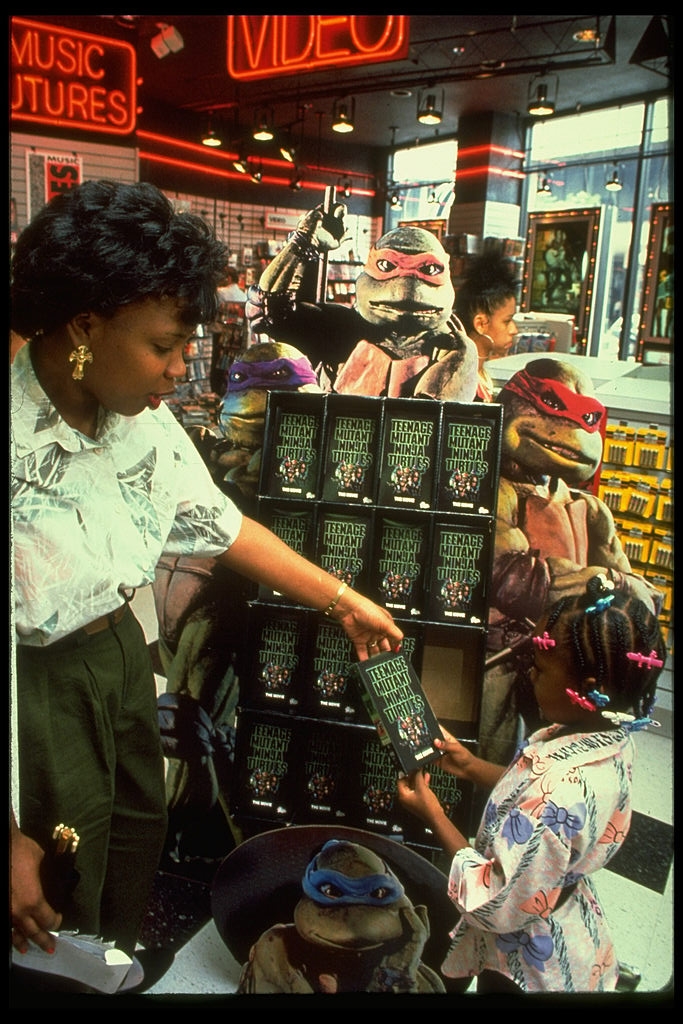 They argue like any four people would, let alone teenagers who can’t go out in public. Raph is a loner. He cares about and takes things more seriously than his brothers and their goofing off frustrates him. After Raph’s injury, Leo has guilt over lashing out at him.

The humans have relevant stories too. It helps that April O’Neil (Judith Hoag) treats the turtles like legitimate costars. Young Danny (Michael Turney) turns to the Foot Clan for a family. That’s how gangs recruit. Teenage Mutant Ninja Turtles is not a treatise but it’s a good message. Don’t turn to gangs for family.

Teenage Mutant Ninja Turtles as all the catch phrases that were already quotable from the TMNT cartoons. They make one liners in their fight scenes (and in between fights frankly) like good movie action heroes. A somersault becomes a “California roll.” When Casey Jones (Elias Koteas) fights Raphael with a cricket bat, Raph makes a crumpet joke. Michelangelo calls Casey “Wayne Gretzky on steroids.” 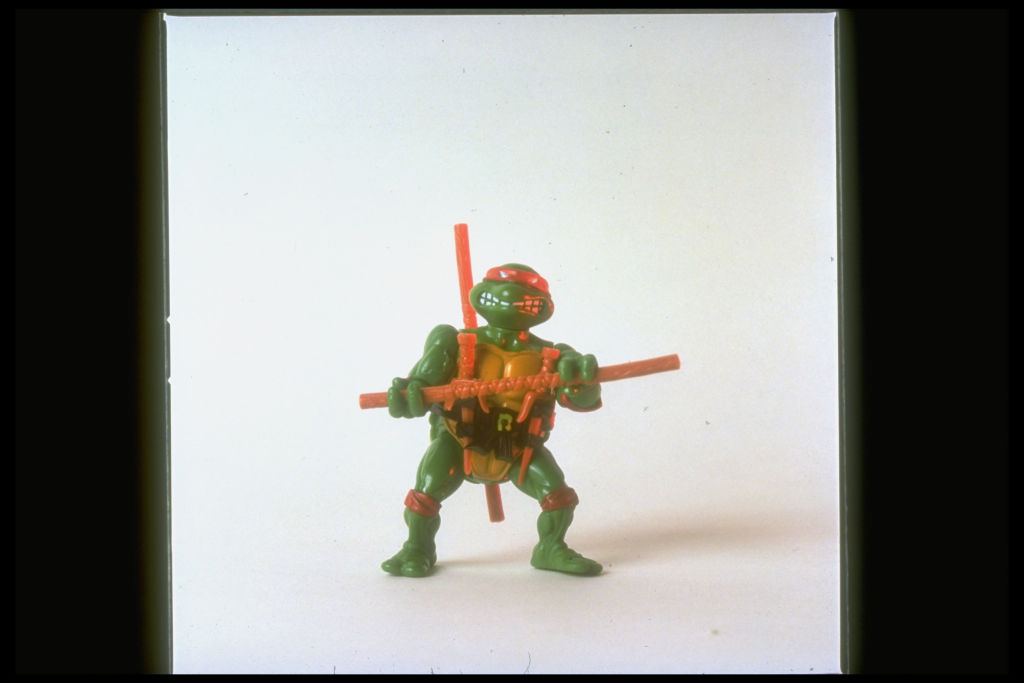 Sure, some of the jokes are childish, but it was for kids. Frankly, by 1990, Arnold Schwarzenegger was embracing the silliness of his one-liners so it fit the aesthetic of movies of the era.

The Teenage Mutant Ninja Turtles have evolved over the last 30 years. They had more animated shows and apparently a live-action one. They had a fully animated movie, and then more live-action movies where the Turtles were CGI animated. These first three are the only ones with actual martial artists doing sophisticated choreography while wearing turtle costumes though.