Home » TV and Movies » Star Wars The Phantom Menace paid homage by The Mandalorian episode 5 – Did you spot it?

Star Wars The Phantom Menace paid homage by The Mandalorian episode 5 – Did you spot it?

The new Disney+ Star Wars TV series is full of Easter Eggs from the movies. And now The Mandalorian’s episode 5 known as The Gunslinger has paid tribute to Star Wars Episode I: The Phantom Menace. Did you notice how the beginning to the chapter basically mirrors the prequel trilogy movie’s opening?

Back in the 1999 film, Jedi Qui-Gon Jinn and Obi-Wan Kenobi take damage from a Trade Federation blockade as their ship departed from Naboo with Padme.

As a result, the trio have to land unexpectantly on Tatooine for repairs.

In The Gunslinger’s opening, The Mandalorian is attacked in Outer Space by another bounty hunter after him for running off with The Child, also known as Baby Yoda.

Mirroring The Phantom Menace, Mando is forced to land on Tatooine for his ship to be repaired too. 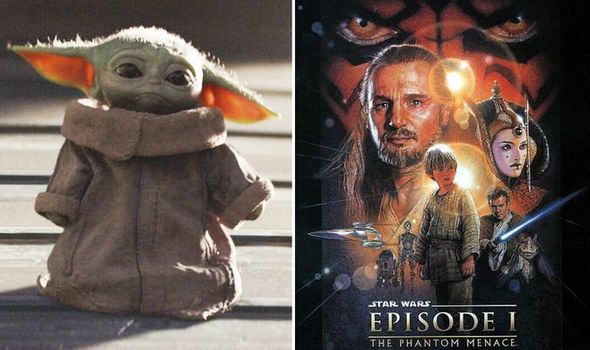 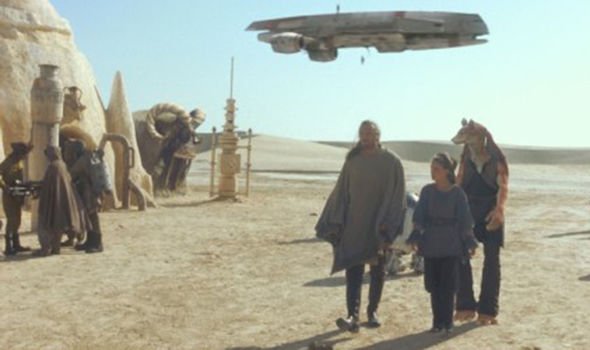 Of course, what ensues is a revisit to some major locations from original Star Wars movie Episode IV: A New Hope.

Here we see Mando walking around the Mos Eisley Space Port and heading into the Cantina where Luke and Obi-Wan first met Han Solo and Chewy.

Even Jabba the Hutt is mentioned in The Gunslinger.

Although, his gangster clan’s influence has waned following his death in Episode VI: Return of the Jedi set a few years earlier. 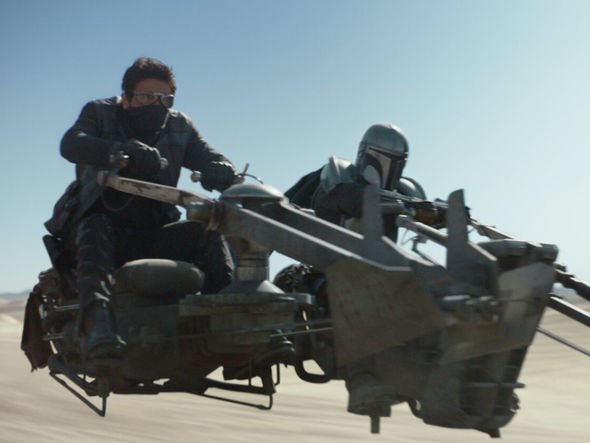 Aside from the opening of The Gunslinger, Star Wars: The Phantom Menace may also provide a clue for the mystery surrounding The Child.

Baby Yoda was first introduced in the closing scene of The Mandalorian’s first episode.

He may be an infant, but The Child is also 50-years-old and believed to be the last of his kind.

Yoda’s species has never been named in Star Wars and in canon, the only other two to feature in the movies other than Yoda himself and The Child is a female.

Her name was Yaddle and she featured on the Jedi Council during The Phantom Menace.

Considering Episode I takes place around 42 years before The Mandalorian, this means The Child would have been alive then.

So it’s certainly possible that Yaddle could be The Child’s mother.

And maybe even the son of Yoda himself?

While Yoda died in Return of the Jedi, little is known of Yaddle and her whereabouts.

She was briefly mentioned in canon video game Jedi: Fallen Order, so she could well have survived Emperor Palpatine’s Order 66 to purge the galaxy of the Jedi.

However, it’s implied that Darth Vader may have slaughtered her in the official tie-in comic on the Sith Lord.

But for all fans know, Yaddle could very well pop up in the second season of The Mandalorian.