Fakir Testa, better known as Danger Act Testa, was met with screams from the audience when he pushed his body to the limits on Tuesday night’s edition of America’s Got Talent on NBC. Long-running judge Simon Cowell couldn’t help looking away during the risky performance while his fellow panellists watched on in horror.

Judge and producer Simon had to cover his eyes with his arms as Testa shocked audiences by holding his head up with a razor-sharp sword.

Simon was joined by judges Sofia Vergara, Heidi Klum and Howie Mandel and host Terry Crews for the fourth week of round one auditions this week.

While there have already been some impressive acts so far, nothing could have prepared the panellists for Tuesday’s squirm-inducing endurance test.

Testa introduced his act by warning the audience: “I explore the limits of my body. My passion is my life.” 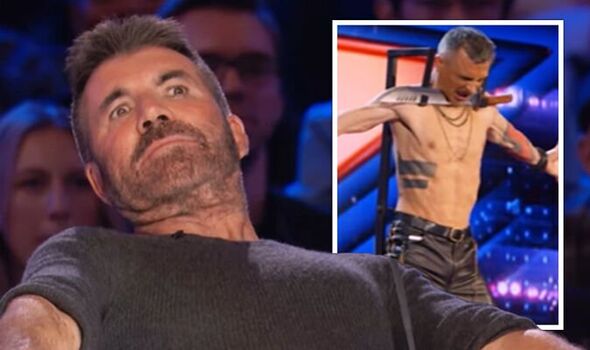 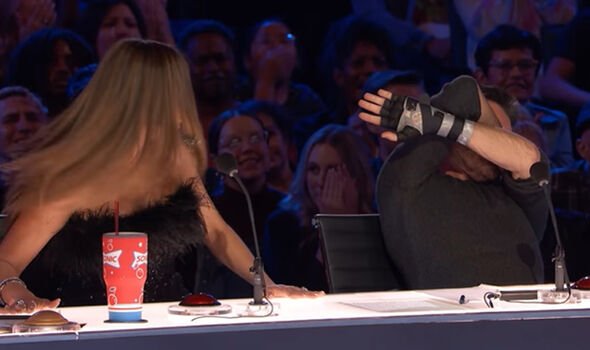 After demonstrating the sharpness of the blades by easily cutting through pieces of paper, Testa as his assistant proceeded to stack the swords into a set of steps.

Terry and the judges were initially shocked when the performer started by burning the bottom of his feet over an open flame.

He took his dangerous act one step further by walking up the knives with his bare feet and without any support, much to the horror of the show’s panellists and audience.

Presenter Terry winced and yelled into the camera: “I can’t even think about this!” 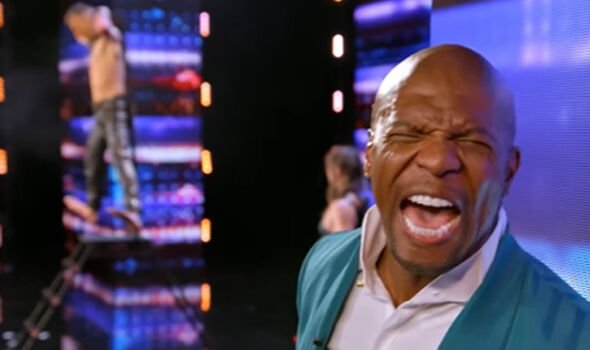 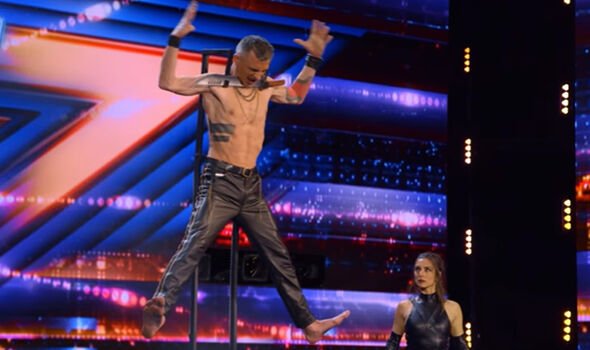 However, it was Testa’s show-stopping conclusion which clearly provided the biggest shock of the night.

The stuntman was handed one final sword, which he proved was equally sharp, while he took his place in a tall metal frame.

Simon and the judges watched aghast as Testa fitted the sword directly below his neck.

Sofia exclaimed “I don’t want to see this!” as she and Simon both looked away from the stage.

Testa finished his performance by resting his head on the sword, and, clearly in no small amount of pain, took his feet away from the steps and lifted his hands off of the frame.

The America’s Got Talent judges all squirmed in their chairs as the performer was suspended in the air using nothing but the sharpened edge of a blade for support.

Once the act was done, Howie thanked Testa for a “crazy” performance as the judges and audience all stood up and cheered.

Simon was left paralysed in his seat as he couldn’t help but stare agog at the impressive performer.

After the judges gave their verdicts, Simon said: “It was like watching The Omen at lunchtime. Real family entertainment!”

Even after wowing the panellists with two death-defying stunts, Testa assured them there was “much more to come” before being voted through to the next round.

America’s Got Talent continues Tuesday in the USA on NBC. A UK release date is yet to be announced.

Paul Haggis Appears In Italian Court, Denies Sexual Assault Charges Saying There Was Consent
Ryan Reynolds Goes Deep on 'Brutal Mistakes' in Parenting and How Not to Waste Them
Popular News
Back pain: Does your lower back hurt? Effective treatments for a herniated disk
05/07/2022
Stuart Broad builds up to second Virtual Test with Sri Lanka
26/03/2020
Bindi Irwin Made Last-Minute Changes to Her Wedding Due to Coronavirus Lockdown
26/03/2020
Widow on The Repair Shop leaves viewers sobbing
26/03/2020
Coronavirus lockdown: Global quarantine reveals weird fact about humanity
26/03/2020
Recent Posts