Mick Lynch says Dept of Transport claims are a 'nonsense'

BBC Breakfast interviewed trade union boss Mick Lynch before putting his claims to Chief Executive of Network Rail Andrew Haines. The rail boss furiously denied Mr Lynch’s claim Grant Shapps is to blame for the stalemate between workers and the rail company, instead hitting out at Mr Lynch for not putting Network Rail’s latest deal to trade union members.

Haines remarked: “I think the problem is we put a very good deal on the table that gives a guarantee of jobs to everyone who wants it, that deals with a lot of the long-standing issues and an eight percent pay rise over two years.

“But that hasn’t been put to our staff, the RMT have refused to put it to a referendum.

“And that’s the problem because if they had a chance to vote on it, I believe they would accept it.” 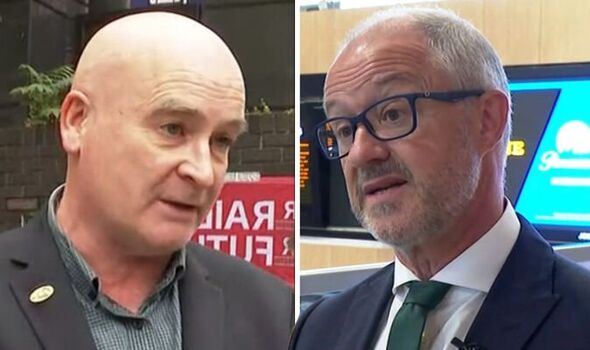