Home » TV and Movies » Power plot hole: How long were Ghost and Angela together for?

Power plot hole: How long were Ghost and Angela together for?

Filming for the Power spin-off shows has come to a standstill following the coronavirus pandemic. Like many television and filming productions around the world, Starz stopped making the upcoming series in a bid to help put an end to the spread of the virus. This will mean a delay in the four new shows coming onto our screens, unfortunately. A new time frame for when these seasons will be out has yet to be confirmed.

Power came to a bloody end for drug kingpin Ghost (played by Omari Hardwick) as he was shot in the chest at Truth nightclub and fell from the balcony.
Friend and fellow drug dealer Tommy (Joseph Sikora) found him and cradled him in his arms as Ghost died.
Despite a long line of suspects and enemies Ghost had made during his time on the show, it was revealed his own son Tariq (Michael Rainey Jr) was the one who pulled the trigger.
But like the protective mother she is, Tasha (Naturi Noughton) took the blame and ended up being the one who was sent to prison for Tariq’s crime. 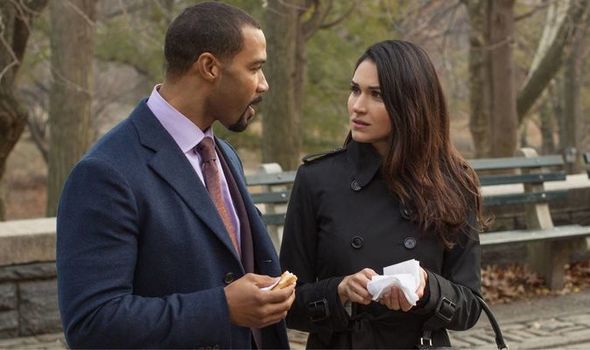 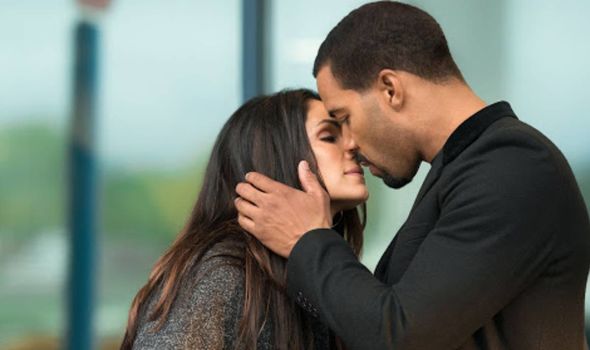 When the show came to an end, fans weren’t left disappointed for long as it was announced there would be four Power spin-off series, all featuring key characters from the original drama.
The four shows would be called Power Book II: Ghost, Power Book III: Raising Kanan, Power Book IV: Influence and Power Book IV: Force.
However, with productions stopping on all series due to the coronavirus pandemic, it is unclear when they will air. 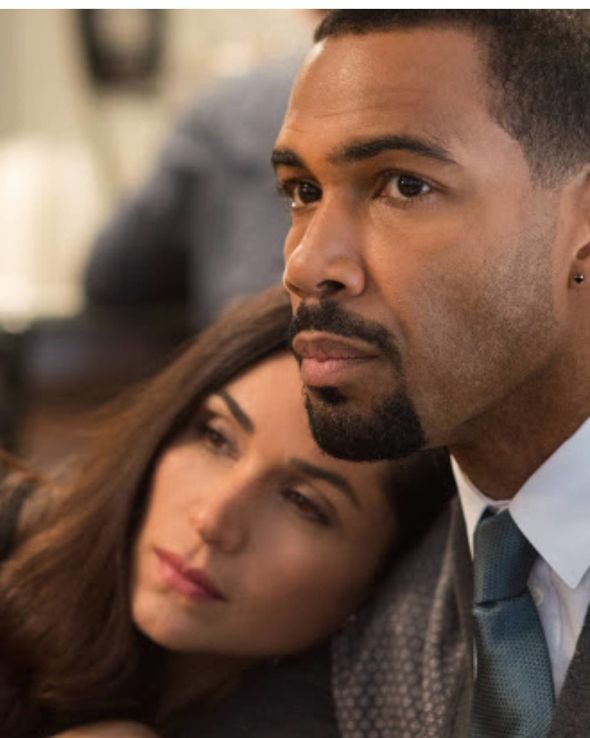 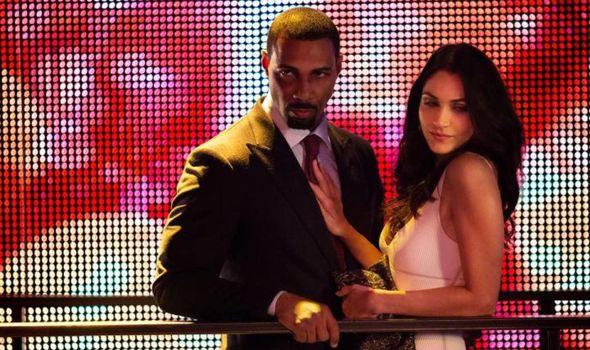 How long were Ghost and Angela together for in Power?

In an interview with After Buzz TV back in 2018, Power creator confirms the time span of the show which in itself has shocked fans.
She said: “The series itself has been five months.”
One fan tweeted: “How TF Tariq voice broke in 5 months and Ghost got out of prison so quickly lol. She needs to stop talking about Power lmao.”
Another commented: “So WTF, how long was Ghost in prison?!”, while a third said the short timeline was “beyond stupid”.
One issue which comes with this timeline is Ghost’s relationship with Angela (Lela Loren).

The pair were once childhood sweethearts and despite him already being married to Tasha, Ghost and Angela had an affair after she walked back into his life when she entered his nightclub Truth.
This meeting took place very early on in the Power series which, according to Kemp, took around five months.
However, one fan noticed this didn’t make sense in terms of how long the drug dealer and Federal Agent had been together.
According to Reddit user SpideyFTW000, Angela’s colleague Jerry Donovan (Ty Jones) said the couple had been with each other for nine months.
They said: “I was doing a rewatch on S6, and in S6x01 Ghost and Proctor goes into an interrogation room with Saxe, Warner, and Donavon.
“Donavon was heated wanting to know why he met Angela before she was killed.
“Then Donavon brings up their relationship with each other, Donavon implies that they’ve been together for nine months.
“I believe the exact words were ‘In a nine month period how the hell did you from this photo of Ghost and Angela happy to this?!’ Angela’s dead body on a table.”

They continued: “So that got me thinking, every that happened in the show started when Angela walked into the club that night.
“So does this show take place in five or nine months?”
So is Power’s actual timeline over nine months rather than five, or was this simply an oversight made by the writers?
Power season 6 is available to watch on Netflix.

A popular YouTuber is being attacked online after his girlfriend started an adult OnlyFans account
The Bachelor’s Michelle Money Reveals 15-Year-Old Daughter Is On Life Support After Devastating Accident
Popular News
Thousands of people to get £200 direct payment in bank account within days to help with energy bills – how to get it | The Sun
03/07/2022
Stuart Broad builds up to second Virtual Test with Sri Lanka
26/03/2020
Bindi Irwin Made Last-Minute Changes to Her Wedding Due to Coronavirus Lockdown
26/03/2020
Widow on The Repair Shop leaves viewers sobbing
26/03/2020
Coronavirus lockdown: Global quarantine reveals weird fact about humanity
26/03/2020
Recent Posts