Sitwell resigned from his job after he rejected freelancer Selene Nelson's pitch for a regular series on vegan cooking, instead suggesting a series on "killing vegans". 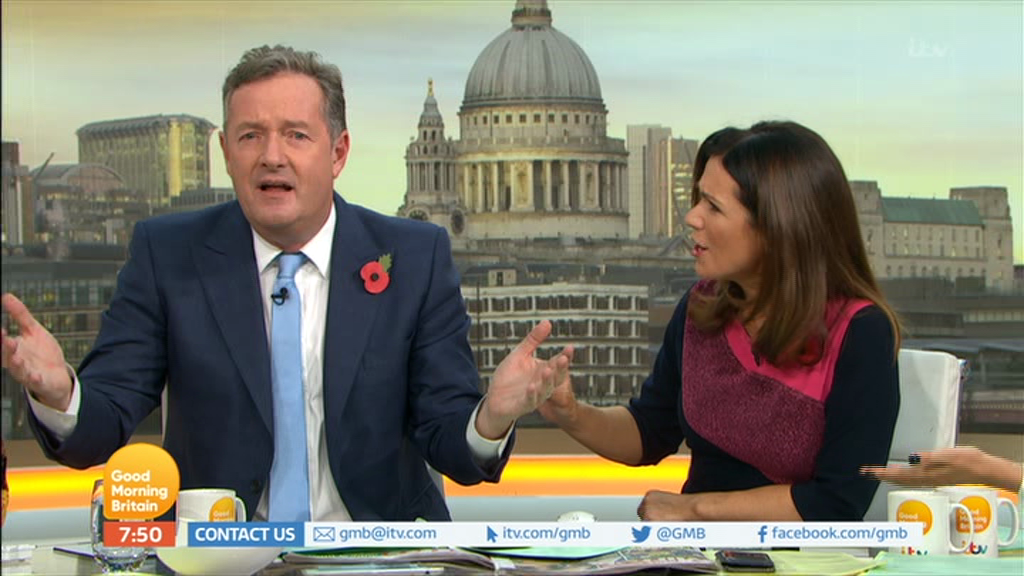 Sarah, who is a vegan, appeared on Good Morning Britain earlier today to argue that the editor was right to be let go because he'd behaved "unprofessionally" – a sentiment that Piers' co-host Susanna Reid agreed with.

However, Piers and Times' journalist Philip Collins argued that the nation is becoming "too snowflakey" about "jokes", although they both admitted that the "clumsy" quip "wasn't very funny".

TV's Sarah debated the opinionated presenter, telling Piers: "If you are privileged enough to have a position of editorial control, why can't you be professional? 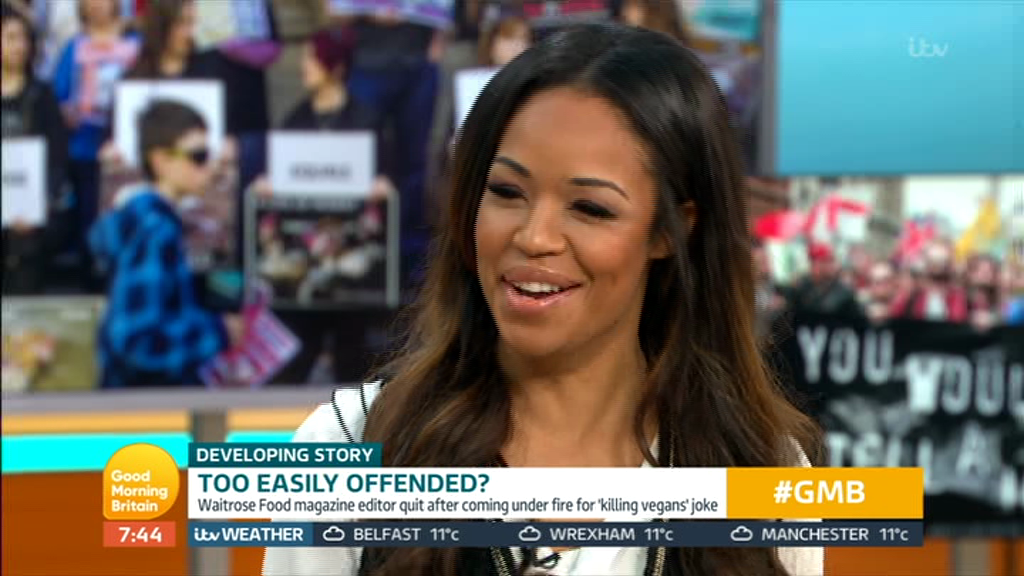 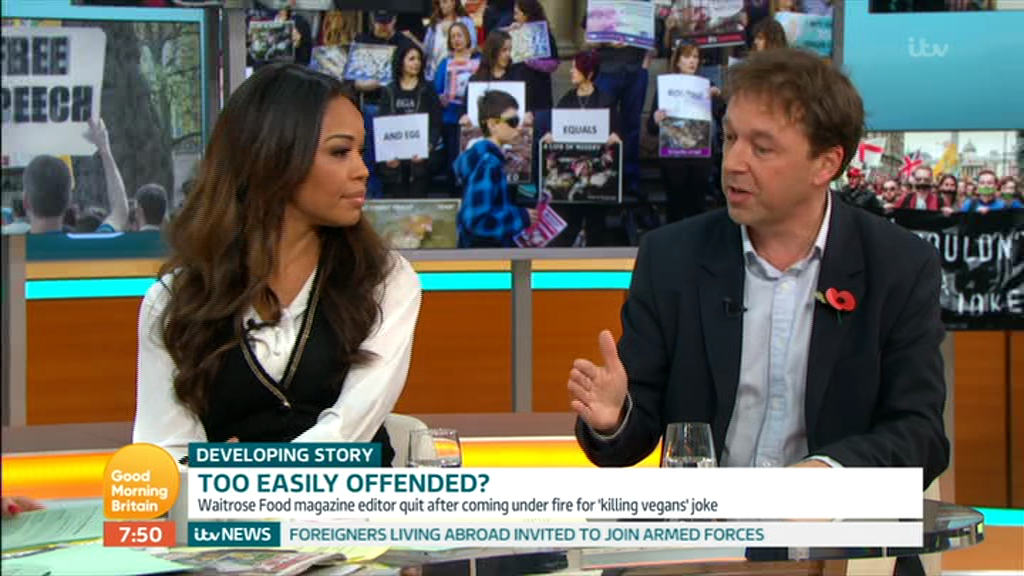 She also dubbed Sitwell's comment "massively inappropriate" as she poked fun at Piers' controversial editorial career, quipping: "Piers, you're in the sacked editors club so of course you're going to defend him."

Both Sarah and Susanna also reiterated that they weren't offended by Sitwell's comments, instead explaining: "I'm not offended by what he said, it's not the fact I'm offended – it's the fact he was unprofessional."

Sarah added that Sitwell was refusing to "create a space" for an increasing percentage of the population.

Piers was undeterred, instead blaming Sarah's diet for her "anger". 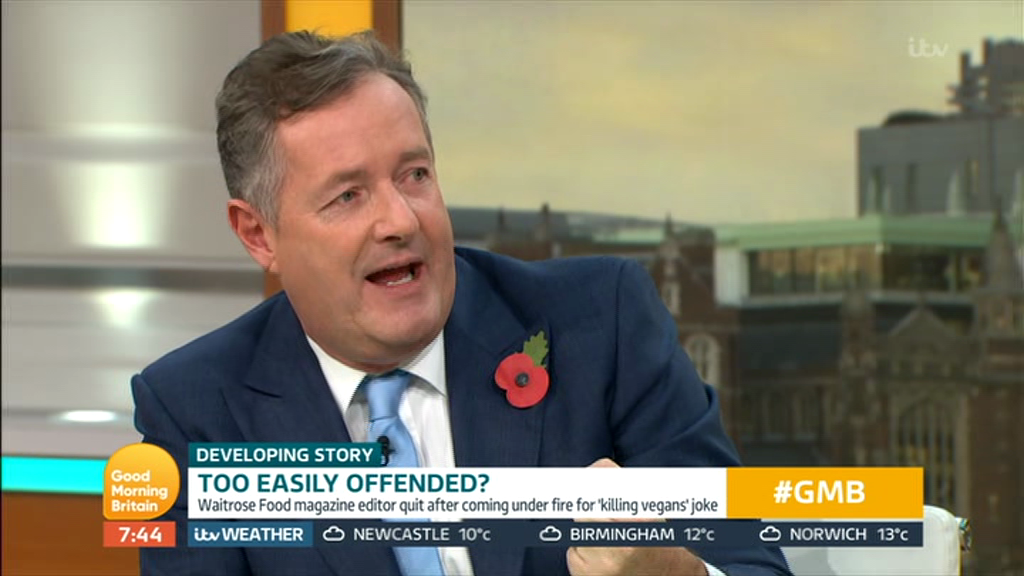 He told the confused star: "You don't eat meat.

Susanna eventually forced the debate to end, telling the panel that they all "need a break" and that the live conversation had ran over. 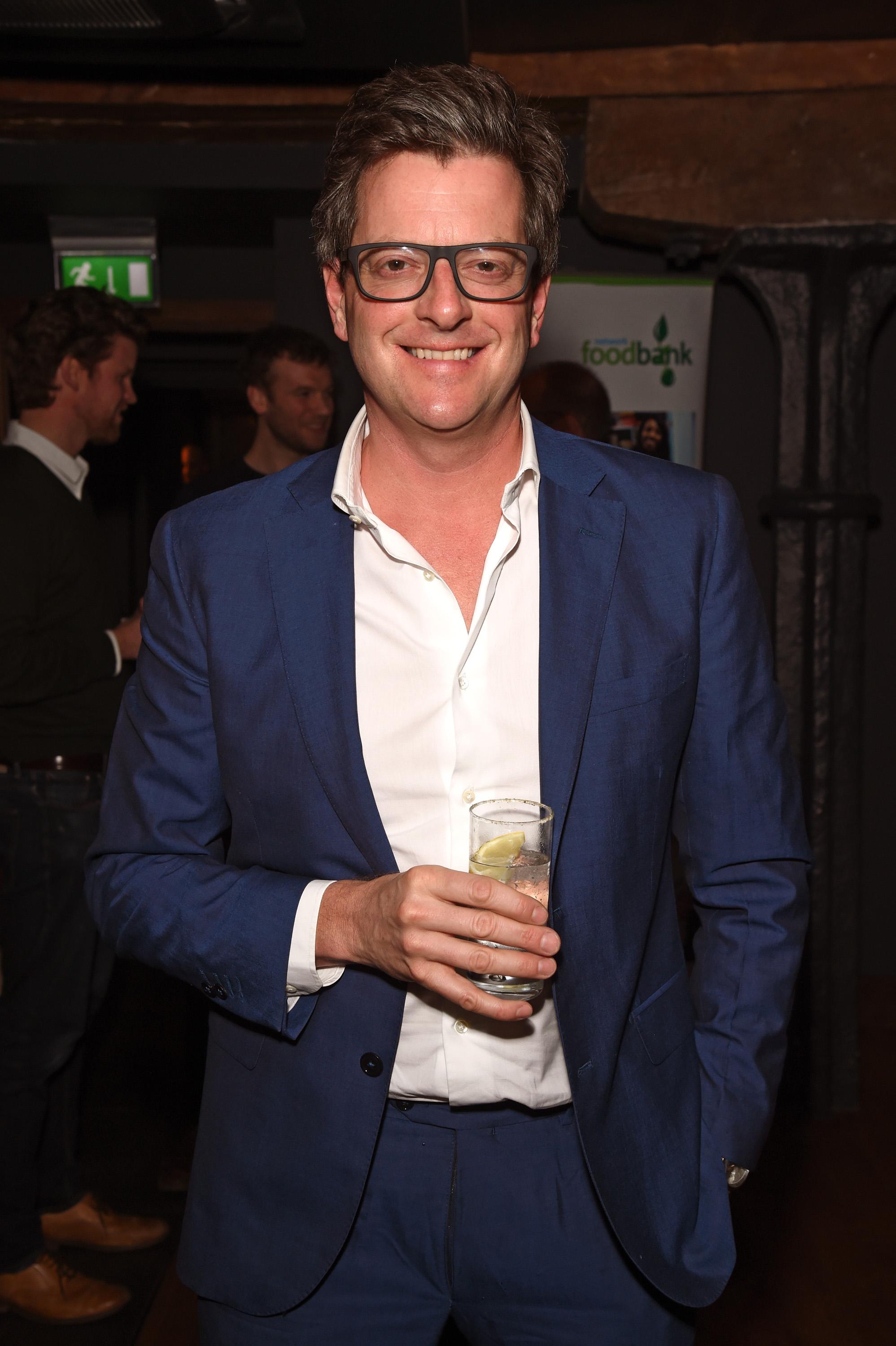 Most Read In TV &amp; Showbiz

ADELE OF A MESS

In an email to the freelance journalist, he suggested a piece should be written exposing vegans "hypocrisy" and joking they should be force-fed meat.

He apologised after Selene publicised the shocking email, but stepped down from the role with immediate effect.

Selene had reportedly pitched a plant-based meal series to Sitwell, with Sitwell replying: "Hi Selene. Thanks for this. How about a series on killing vegans, one by one. 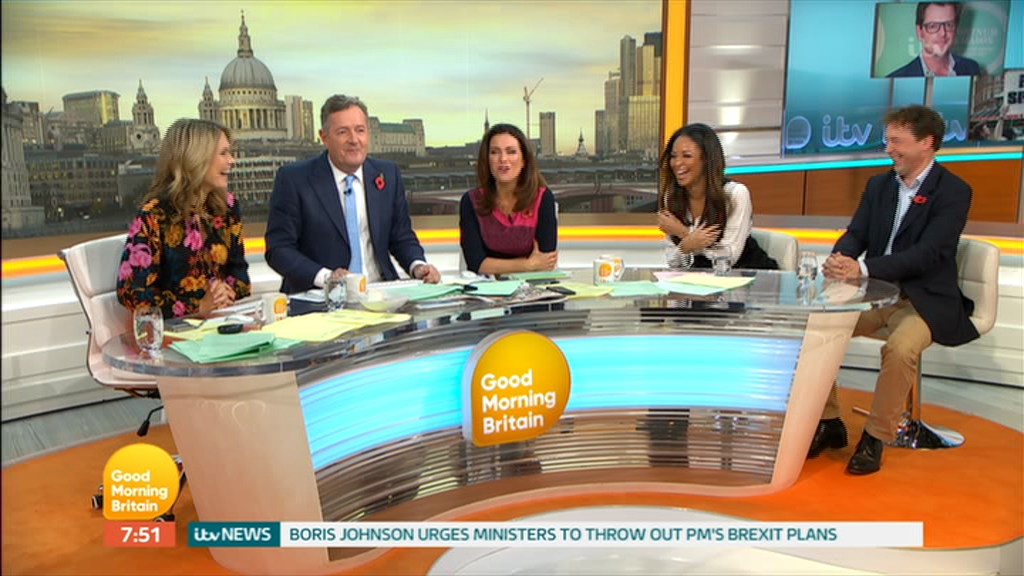 "Ways to trap them? How to interrogate them properly? Expose their hypocrisy? Force-feed them meat? Make them eat steak and drink red wine?"

He then followed up in a separate email: "I like the idea of a column called The Honest Vegan; a millennial’s diary of earnest endeavour and bacon sandwiches…"