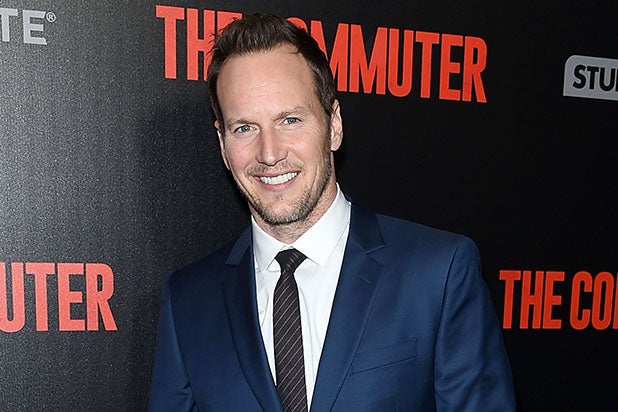 Patrick Wilson will make his directorial debut with the fifth installment of “Insidious” for Blumhouse, the production company announced during BlumFest on Thursday.

Scott Teems wrote the script based on a story by franchise co-creator Leigh Whannell. Ty Simpkins (“Avengers: Endgame”) and Wilson will appear in the film that will pick up with the Lamberts 10 years after the last installment, as Dalton (Simpkins) begins college.

“I’m honored and thrilled to be at the helm of the next ‘Insidious’ installment, which will provide an amazing chance to unpack everything the Lamberts went through a decade ago, as well as deal with the consequences of their choices. Directing the movie is both professionally and personally a full circle moment for me, and I am extremely grateful to be entrusted in continuing to tell this frightening and haunting story. Into the further we go…,” Wilson said.

Jason Blum, Blumhouse founder, added: “One of the primary reasons the interest and appetite from fans has lasted for ‘Insidious’ is because the people involved in the first film have stayed involved and kept it vital, interesting and good. I’m so grateful to our collaborators on the franchise.”

Sony will distribute the film. Blum will produce the film for Blumhouse, along with franchise creators James Wan and Whannell. Oren Peli will also produce. Brian Kavanaugh-Jones and Steven Schneider will executive produce.

Related posts:
Lawyer for family of slain Texas soldier: 'I thought I'd seen it all until I went to Fort Hood'
Hugh Grant is up for making Notting Hill 2, but there’s a catch
Popular News
Brits warned get your booster jab NOW for a normal Christmas amid fears 'nu' variant risks fresh restrictions
27/11/2021
Stuart Broad builds up to second Virtual Test with Sri Lanka
26/03/2020
Bindi Irwin Made Last-Minute Changes to Her Wedding Due to Coronavirus Lockdown
26/03/2020
Widow on The Repair Shop leaves viewers sobbing
26/03/2020
Coronavirus lockdown: Global quarantine reveals weird fact about humanity
26/03/2020
Recent Posts