Home » TV and Movies » Ozark explained: Who did Wendy Byrde have an affair with on Ozark?

Ozark explained: Who did Wendy Byrde have an affair with on Ozark?

Netflix dropped the highly anticipated third outing of Ozark recently with 10 new episodes for fans to get their teeth into. Season three saw things getting even more dangerous for Wendy (played by Laura Linney) and Marty Byrde (Jason Bateman) as they tried to fulfil the demands of the cartel. The show also introduced Wendy’s younger brother Ben Davis (Tom Pelphrey), who shed more light on her family and upbringing.

WARNING: This article contains spoilers from all seasons of Ozark

Episode three of season three called Kevin Cronin Was Here saw Wendy open-up to her sibling Ben about her life.

Ben demanded to know the truth after Marty was kidnapped by cartel members and he was stopped from calling the police.

Wendy explained how her life had taken a different turn and the real reason the family had had to flee Chicago.

She revealed everything including her extramarital affair, which led some viewers to wonder who she cheated with. 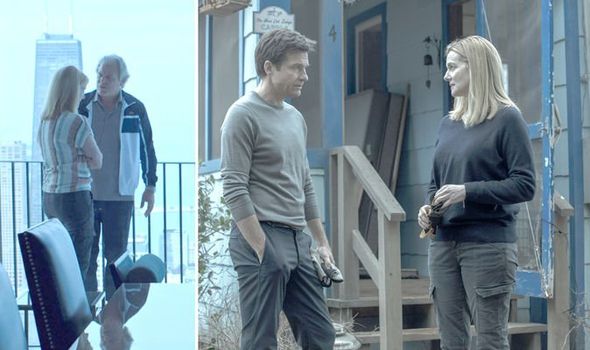 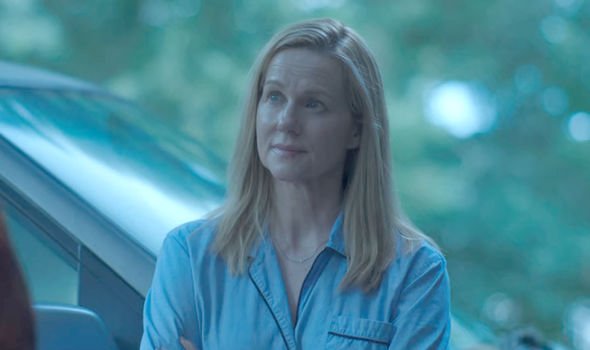 Through tears, Wendy revealed the end of affair had “really sucked” with her voice breaking as she admitted her children knew about her dalliance.

When Ben quizzed her about the fling, she wouldn’t give a name, but she expressed deep regret.

Wendy also confirmed Marty knew about her philandering however, it appeared the couple had moved beyond it.

Despite the pair now focusing on meeting the demands of the cartel and keeping their children safe, there’s been a complete breakdown of trust between them. 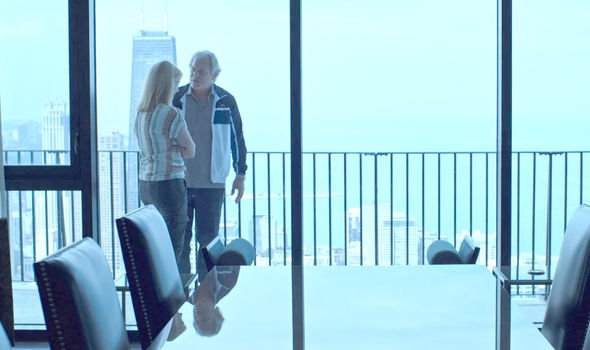 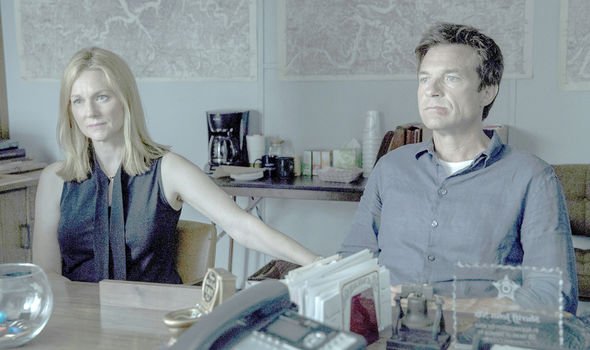 Who did Wendy Byrde have an affair with on Ozark?

Back in season one, Marty discovered his wife had been having an affair after he got a private investigator to spy on her.

He was a wealthy Chicago businessman and would meet twice a week for their trysts.

However, Sugarwood was later bumped off after he proved to be a threat with cartel leader Camino Del Rio (Esai Morales) sending him off the side of a high rise.

Del also forced Marty and Wendy to stay together after Sugarwood suggested she should leave her husband and take the kids with her.

The family were forced to move to the Ozarks together and continue to launder money for the cartel.

Marty and Wendy stayed together because she knew too much about his business, bonding them together for life.

Her affair also came up previously in season two when Marty was revealed to have kept hold of Wendy’s sex tape with Sugarwood.

Season two saw Wendy develop a deep bond with Senator Charles Wilkes (Darren Goldstein), whom she was trying to convince to pass through rules to get their riverboat casino up and running.

They were in constant contact and their emails saw Wendy and Charles become close.

However, nothing ever happened between the two even though Charles asked her to leave Marty for him.

Due to the threat of the cartel, Wendy had to stay with Marty and become even more deeply involved with Navarro.

Despite having couple’s therapy, Marty and Wendy’s marriage has been irrevocably damaged by her affair.

But their relationship was dead in the water long before this, which led her to stray in the first place.

Had it not been for the cartel, it’s highly likely Wendy would have left Marty.

Ozark is streaming on Netflix now