Helsinki (played by Darko Perić) lost his cousin Oslo (Roberto Garcia Ruiz) in the first robbery of Money Heist when he was hit on the back of the head. Helsinki went on to travel with Nairobi (Alba Flores) after they managed to make it out of the Royal Mint of Spain alive with millions of euros. But now it looks like his time could be over.

Helsinki is a veteran Serbian soldier who is used to taking orders and carrying out the heavy lifting during heists.

However, in season three, viewers saw a softer side to Helsinki as it was revealed he had fallen for Palermo (Rodrigo de la Serna).

He also felt dearly towards Nairobi after they’d spent two years living together.

As a result, Helsinki has become a fan favourite so hearts will no doubt be broken if he was killed in new series. 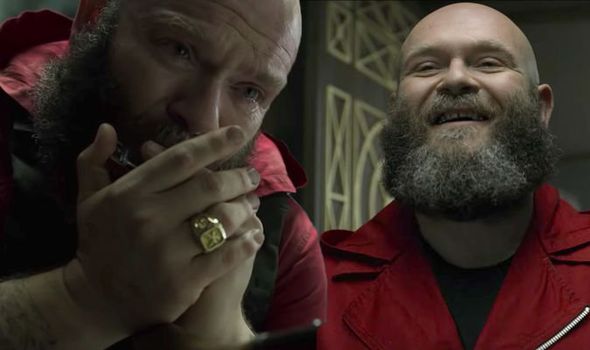 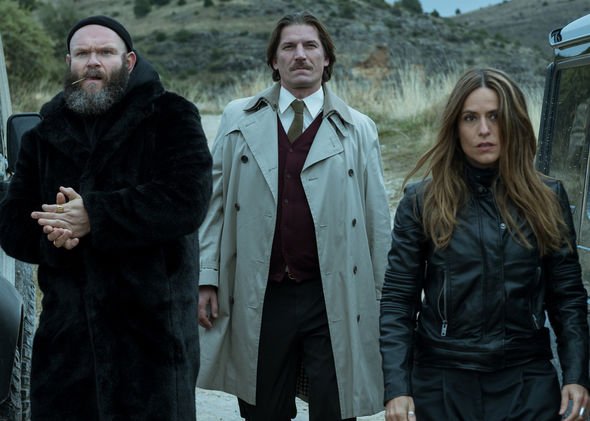 The trailer for season four certainly appears to confirm the worst for the beloved robber.

In the teaser, he can be seen hunting Gandia (José Manuel Poga), a soldier who has escaped from his handcuffs.

It’s not known how Gandia has escaped but it looks like he will be causing chaos in the bank.

And, it looks like bad news for Helsinki as he can be seen with a rope around his neck being lifted into the air. 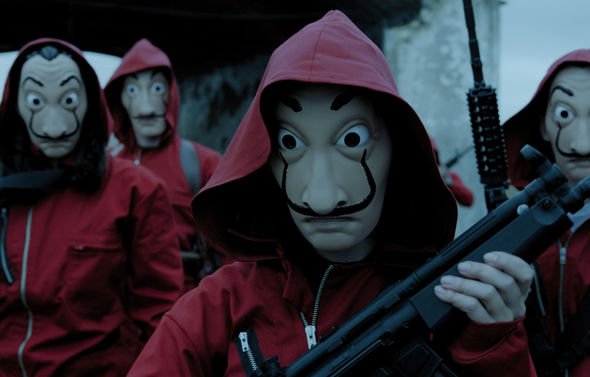 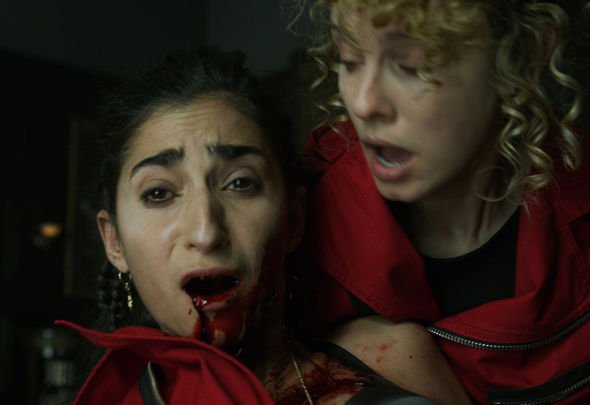 Helsinki is not seen later in the trailer seemingly confirming that could be his last moments.

Will his friends be able to rescue hm in time?

But while it looks like there could be bad news for Helsinki, fans think they’ve found confirmation Nairobi will survive.

She was fatally shot in the season three finale as she watched Inspector Alicia Sierra (Najwa Nimri) paraded her son in front of the Bank of Spain.

It appeared she would not survive as she bled out in the arms of Stockholm (Esther Acebo).

But fans think a key scene from the Money Heist trailer has revealed Nairobi will survive the shooting.

One clip shows her waking up dramatically whilst wearing an oxygen mask before the screen cuts to black.

Fans believes this confirms she will wake up and get to see her son again.

“Getting my hopes up! Hopefully that’s not her last breath or something.Especially after the flat beeping noise at the end of the trailer,” one fan posted.

Another added: I still don’t understand why they would put that in a teaser. Are they trying to spoil their own show?”

“I don’t know but I so love Nairobi here. She has a strong character yet she has the soft hearted side. I hope she wont die because she’s my favourite!” a third commented on the trailer.