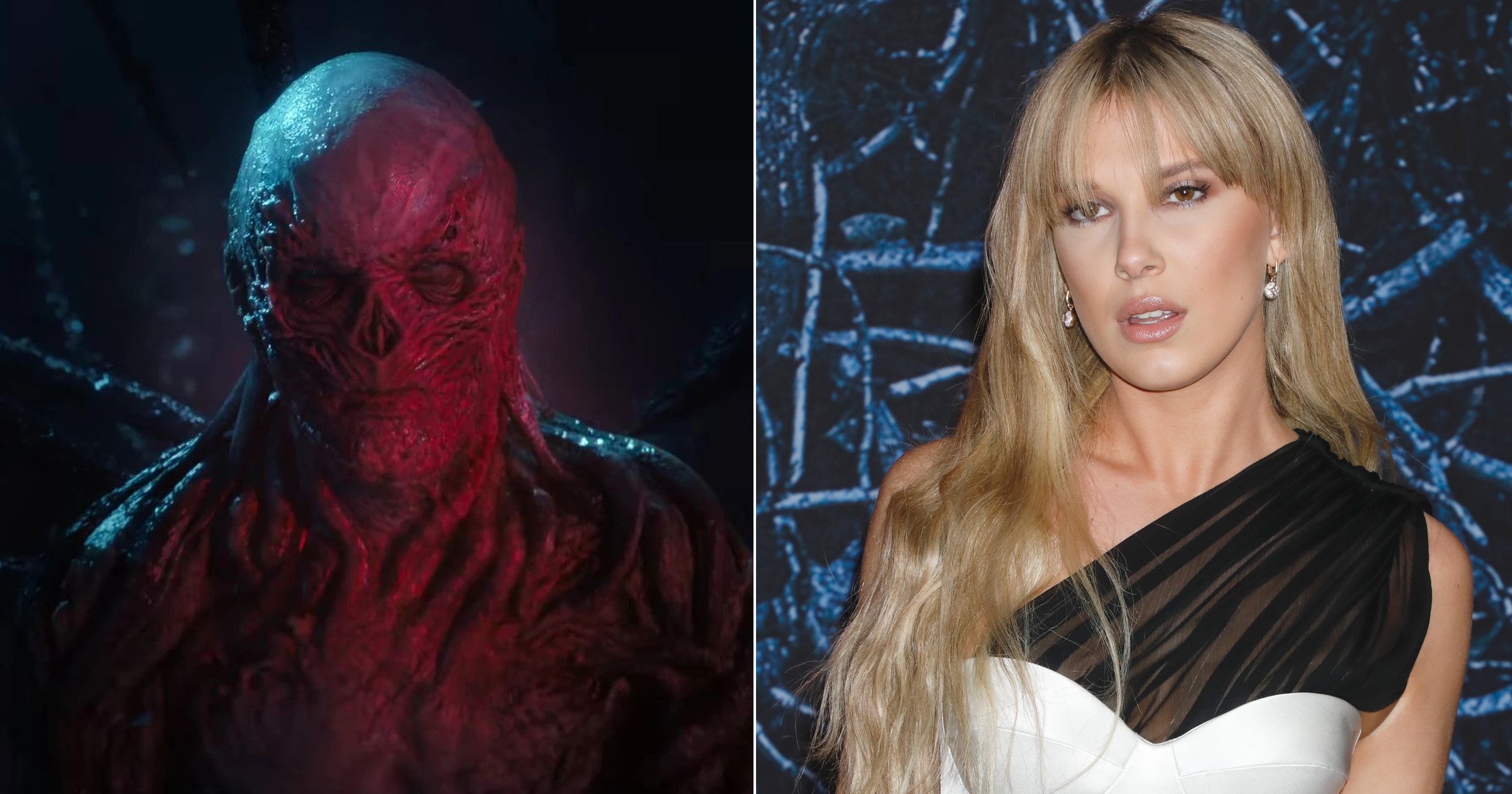 Season four-volume one and two sees the gang join forces once more and Eleven (Millie) to regain her powers to fight a humanoid creature going by the name Vecna that threatens the existence of humanity as we know it.

In order for the menacing look to be achieved, Barrie Gower, the makeup effects department head on Stranger Things, explained to Metro.co.uk that it took ‘approximately seven hours to apply Jamie’s makeup every day’ which consisted of a four-man team of Barrie and three other artists. On one day, they managed to get it down to six hours and 20 minutes, while it took another hour and a half to take off the makeup each time.

And according to Jamie, his menacing transformation even had Millie wincing at the sight.

‘They brought her up into a position where she’s bound. I walked up to her [as Vecna] and she burst into tears,’ he said.

‘She wouldn’t look at me and she was visibly just disgusted by the whole thing,’ he added to Variety.

However, the 18-year-old actress recovered after she realised it was Jamie underneath the prosthetics.

The first batch of episodes ended with an almighty cliffhanger, as Nancy Wheeler (Natalia Dyer) became possessed by monster Vecna (Jamie) while Steve Harrington (Joe Keery), Max Mayfield (Sadie Sink) and co battled to save her.

Co-creator Matt Duffer previously teased that ‘darker themes’ will be explored for the remaining episodes in Hawkins, with the characters thrown into a ‘full-blown horror’ – in which they would ‘all be in jeopardy’.

‘A lot of [the darker tone] was driven by the fact that we had these – I still call them kids, even though I know they’re not kids, but they feel like my kids – is that they were heading into high school. And it felt like the right time to put them into a full-blown horror film,’ he told EW.

‘We’re dealing with darker themes, and issues that come along with being a teenager, because for at least Ross and I, and I think for most people, high school is a challenging time. And you’re experiencing a lot of dark emotions for the first time.

‘But now, you know, everybody’s life is on the line.’

Stranger Things is available to stream on Netflix.