Home » TV and Movies » Is ‘The Next Karate Kid’ Canon to Netflix's ‘Cobra Kai’?

Is ‘The Next Karate Kid’ Canon to Netflix's ‘Cobra Kai’?

The Karate Kid is one of the most famous underdog stories in cinema history. Coming from Rocky director John G. Avildsen, fans perhaps should have expected the movie to be a hit. But few would have foreseen how the franchise has continued even into Netflix series Cobra Kai. That show has tapped into the series’ past, but there’s one movie it still hasn’t touched yet. 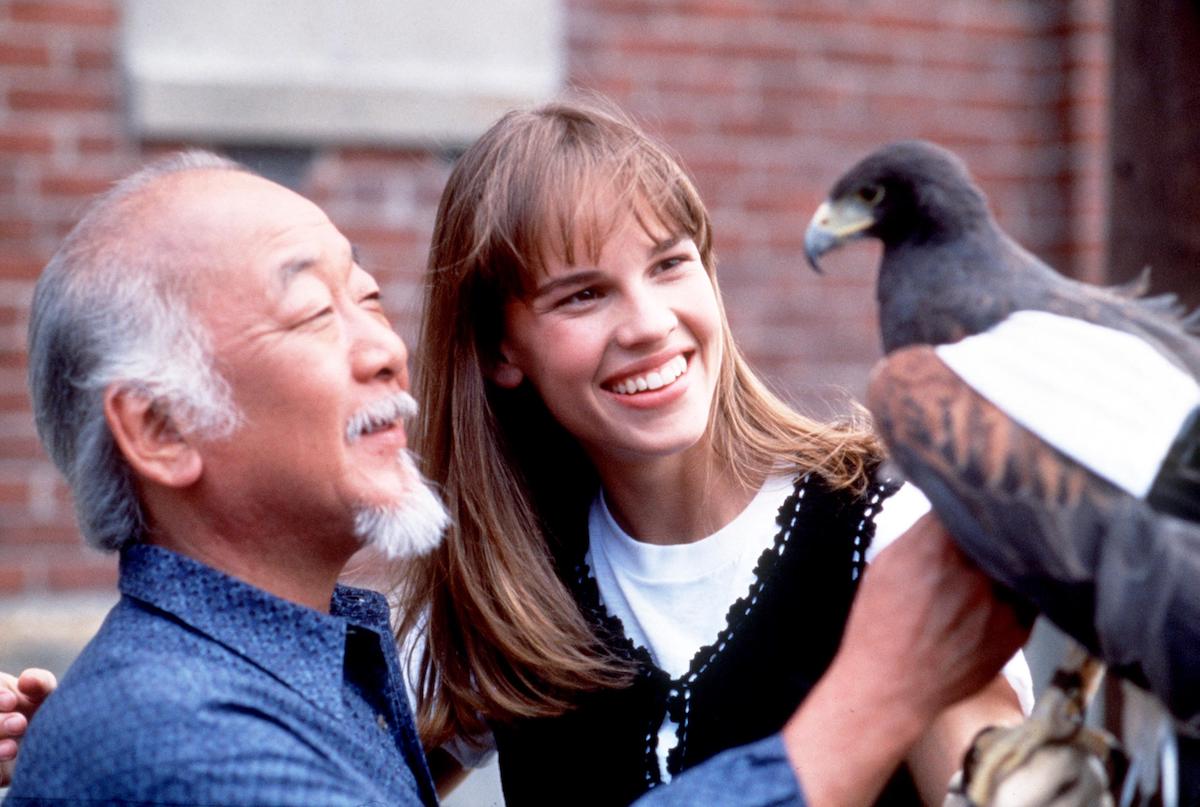 Throughout its first three seasons, Cobra Kai has mined much of The Karate Kid legacy to drive its own story. The show’s central premise, of course, hinges on the rivalry between Daniel LaRusso (Ralph Macchio) and Johnny Lawrence (William Zabka). And the original film’s primary villain, John Kreese (Martin Kove), takes a similar role here, driving both heroes to action.

But Cobra Kai Season 3 went even further. Several characters from The Karate Kid Part II reprised their roles during Daniel’s mid-season visit to Japan. And fan-favorite Elisabeth Shue returned as Ali Mills — former flame to both Daniel and Johnny — for the first time since 1984. Even The Karate Kid Part III villain Terry Silver (Thomas Ian Griffith) appeared in flashbacks.

Would Hilary Swank reprise her ‘The Next Karate Kid’ role?

The only part of original The Karate Kid franchise Cobra Kai hasn’t touched is 1994’s The Next Karate Kid. A critical and box office disappointment, the movie aimed to continue the series without Macchio in the lead. Instead, the story focused on Pat Morita’s Mr. Miyagi and a new student, Julie Pierce (Hilary Swank, in one of her very first roles).

Of course, Swank went on to become a huge star and two-time Oscar winner. But fans have wondered whether the actor would be up for returning to The Karate Kid franchise if the opportunity presented itself. And in a 2019 interview, Uproxx did ask Swank if she was interested. The actor admitted to being asked about the show but seemed non-committal.

The ‘Cobra Kai’ showrunners revealed if the movie is canon

Even before Swank considers whether she wants to bring Julie Pierce to Cobra Kai, the question remains whether The Next Karate Kid is canon to the show. After all, the showrunners already confirmed the 2010 The Karate Kid remake does not share continuity with Cobra Kai. So Jaden Smith and Jackie Chan won’t join the cast anytime soon, barring some meta-storyline.

However, since The Next Karate Kid does feature Mr. Miyagi, co-creator Jon Hurwitz admitted the movie does count. In late 2020, he told CinemaBlend Julie Pierce has been discussed behind the scenes.

“In our writers’ room we speak about literally every character that has appeared in the Miyagi-verse, so it’s obvious that we’ve spoken about Julie Pierce,” Hurwitz said. “As to whether or not she’ll return to the series, that’s something you’ll just have to wait to find out.” No doubt fans will watch closely for any indication Daniel and Julie could finally cross paths.

Related posts:
Too Close viewers struggle to watch ITV drama as they blast ‘awful’ sex scene
Domino's Enlists Robots to Help Deliver Pizza in Houston
Popular News
Meghan Markle should 'stick to what she's good at' jokes Stephen Mangan as he releases a rival children's book
06/05/2021
Stuart Broad builds up to second Virtual Test with Sri Lanka
26/03/2020
Bindi Irwin Made Last-Minute Changes to Her Wedding Due to Coronavirus Lockdown
26/03/2020
Widow on The Repair Shop leaves viewers sobbing
26/03/2020
Coronavirus lockdown: Global quarantine reveals weird fact about humanity
26/03/2020
Recent Posts
This website uses cookies to improve your user experience and to provide you with advertisements that are relevant to your interests. By continuing to browse the site you are agreeing to our use of cookies.Ok