Home » TV and Movies » Freud season 2 Netflix release date: Will there be another series?

Freud season 2 Netflix release date: Will there be another series?

Netflix dropped its new series about psychoanalyst Sigmund Freud on March 23. The German-language drama consists of eight episodes which were made available on the platform all in one go. Freud features the real-life historical figure, but the show isn’t a biopic.

Will there be another series of Freud on Netflix?

Netflix only dropped the first season of Freud recently, so it’s too premature at this stage to say whether there will be another outing.

The US streaming platform makes any decisions based on viewing figures and will be looking at ratings carefully when deciding on giving Freud a renewal.

Earlier this year, Netflix changed the way it counted views for its content. Previously, 70 percent of an episode of a TV show or film had to be watched to register as a view.

However, in 2020 Netflix revealed it was altering this to a mere two minutes of viewing counting as a show or movie being watched. 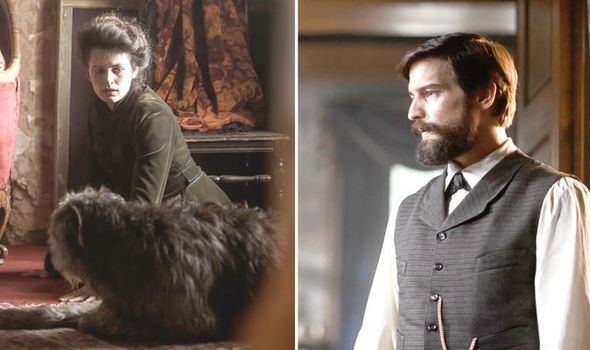 According to a letter to its investors, Netflix said this new metric meant a person: “Chose to watch and did watch for at least 2 minutes — long enough to indicate the choice was intentional.”

This means, if you accidentally click on the show and watch it for over two minutes, this will be regarded as watching a programme.

US financial publication MarketWatch reported the aim of this new metric was to establish the popularity of the show or film rather than to get exact figures on the number of people tuning in.

Netflix continued in its letter: “Our new methodology is similar to the BBC iPlayer in their rankings based on ‘requests’ for the title, ‘most popular’ articles on the New York Times which include those who opened the articles, and YouTube view counts.

“This way, short and long titles are treated equally, levelling [sic] the playing field for all types of our content including interactive content, which has no fixed length.”

When will Freud season 2 be released on Netflix?

Season one came out in March 2020, so depending on when the show got a recommission could affect the release date.

However, it could be as soon as March 2021 if the announcement is made soon and production doesn’t take long.

For instance, shows like Stranger Things and Altered Carbon can take a while due to the time on post-production.

A second outing is likely to have another eight episodes like the first season.

As per Netflix Originals, all episodes would be dropped on the platform in one go for viewers to binge should they wish to.

Who is in the cast of Freud season 2?

The main cast would likely to be back with Austrian actor Robert Finster portraying the father of modern psychology Sigmund Freud.

Joining him would be Ella Rumpf as famous psychic medium Fleur Salomé and star Georg Friedrich as detective Alfred Kiss.

Some of the supporting characters could also have a part to play but their inclusion will be dependent on the direction of the story.

The show would also likely see new cast members as they take on a fresh case.

What will happen in Freud season 2?

Season one saw the trio teaming up to solve a murder in Vienna, Austria in the 19th century.

The case was wrapped up by the end of the season after a conspiracy was uncovered.

A second outing would have to take on a new case for the trio, which could be just as sinister as the first cycle.

Season two is likely to see further character development and perhaps a growth in Freud’s career and success as he develops his now world-famous theories around human psychosis.

Freud is streaming on Netflix now

Emily Ratajkowski poses naked in her apartment during lockdown – The Sun
Prince Harry and Meghan Markle Reportedly Told the Royal Family That They Wanted to Quit Via Email
Popular News
Back pain: Does your lower back hurt? Effective treatments for a herniated disk
05/07/2022
Stuart Broad builds up to second Virtual Test with Sri Lanka
26/03/2020
Bindi Irwin Made Last-Minute Changes to Her Wedding Due to Coronavirus Lockdown
26/03/2020
Widow on The Repair Shop leaves viewers sobbing
26/03/2020
Coronavirus lockdown: Global quarantine reveals weird fact about humanity
26/03/2020
Recent Posts