Emmerdale spoilers: Leyla Harding ‘murdered’ as her stalker is exposed in tragic twist

Leyla (played by Roxy Shahidi) has become the focus of a sinister plot on Emmerdale of late, with someone in the village seeking revenge on the savvy businesswoman. Recently, she has been enjoying a romance with Dr Liam Cavanagh (Jonny McPherson), but upcoming scenes on the ITV soap will see a mysterious stalker try and drive a wedge between the pair. When the beloved villager’s ordeal steps up a gear next week, it’s clear there are going to be some dire consequences as the stalker deals one final blow. With their identity a secret, will the death of the GP’s lover force them to come out of the dark?

The drama kicks off when Leyla discovers someone has set up an online dating profile in her name but only realises when newcomer Gaz (Kem Hassan) approaches her under the impression they’re going to have a dinner together.

Following on from this, things become more sinister when the businesswoman hears a noise coming from the Take a Vow office.

When she opens the door, a figure hiding their real identity jumps her and the beloved character is left truly terrified.

Worried she won’t make it out the altercation alive, the traumatised villager strikes her tormentor around the head.

They manage to escape, but their actions lead Leyla to put the pieces of the puzzle together and it finally drops who the masked assailant is. 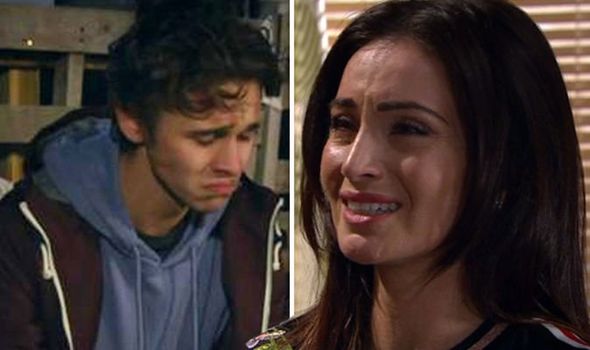 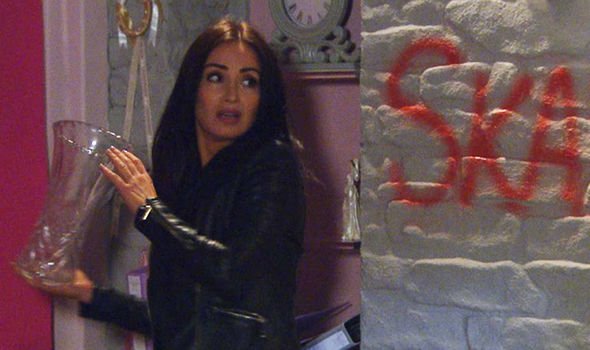 However, although Leyla gets the upper hand on this occasion, it doesn’t mean the pair will have another confrontation which could be even more deadly.

Speaking about the sinister scenes to Express.co.uk and other press, actress Roxy, 37, explained: “I don’t think there could be anything more intimidating than going into a space where you think you’re safe and someone being there.

“Her first thought is, ‘Do they want to hurt me?’ I think one of the things she says to Liam is she’s scared someone is going to stab her in her bed.

“Every part of her world is being invaded so, of course, it’s terrifying and it’s very, very real to have someone in your space like that.” 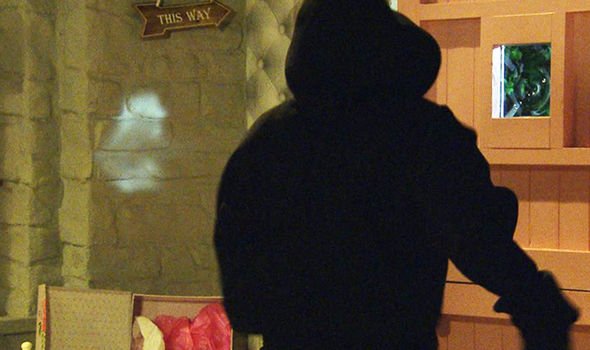 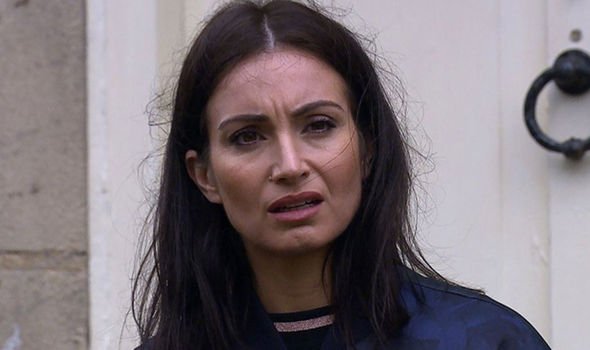 She’s scared someone is going to stab her

With it clear the businesswoman has been well and truly spooked by her stalker, could the comment about the feeling she will be killed hint towards a terrifying murder?

As Leyla’s stalker fails to enact their revenge in the Take a Vow office, will they return to get rid of her once and for all?

Roxy also spoke about the identity of her character’s stalker, stating: “I think it depends on who it turns out to be and what their motives are for sure. I think that’s with everything.

“I think given the right set of circumstances, she can be a very forgiving and understanding person but equally, she is someone who will stick up for herself and isn’t just going to be walked all over.”

“Once she finds out, she’ll act accordingly depending on who that person is,” the soap star continued.

Could her forgiving nature lead Leyla into a very dangerous situation as she gets closer to her stalker?

The actress has also hinted the villager is someone her character knows very, very well as Roxy added: “There are just lots of little things but are very personal.”

Referring to the mix-up with Gaz, Roxy added: “You would have had to be in the office in order to access her computer.”

“You’d have to know her quite personally in order to get that image and put her on the dating website and you’d also have to have a lot of animosity,” the soap star continued.

“She puts it all together quite quickly and she’s got no idea as to who it is and why it’s happening and it’s a very unnerving time for her.”

There are a whole manner of suspects, including the businesswoman’s own lover Liam, who could be acting naïve when he watches his partner interact with Gaz.

Alas, his own daughter Leanna Cavanagh (Mimi Slinger) hasn’t been her father’s girlfriend’s biggest fan, so could she be unmasked as the sinister tormentor?

Related posts:
eMarketer cuts Alibaba's 2020 ad forecast as search struggles amid the coronavirus pandemic
Union threatens 'many schools' WON'T open in September & urges local areas to make their own decisions
Popular News
Fantasy football flex rankings for Week 4
01/10/2020
Stuart Broad builds up to second Virtual Test with Sri Lanka
26/03/2020
Bindi Irwin Made Last-Minute Changes to Her Wedding Due to Coronavirus Lockdown
26/03/2020
Widow on The Repair Shop leaves viewers sobbing
26/03/2020
Coronavirus lockdown: Global quarantine reveals weird fact about humanity
26/03/2020
Recent Posts
This website uses cookies to improve your user experience and to provide you with advertisements that are relevant to your interests. By continuing to browse the site you are agreeing to our use of cookies.Ok