Home » TV and Movies » Better Call Saul: Who is Peter Schuler? How does he fit into Breaking Bad?

Better Call Saul: Who is Peter Schuler? How does he fit into Breaking Bad?

AMC series Better Call Saul season five is moving ever closer to the events of parent show Breaking Bad. As such, there have been more and more allusions to the original series. One of the most recent instalments saw a blast from the past – or rather from the future.

In the episode, Peter was a bundle of nerves over his multimillion-dollar investment in the meth superlab, fearing it could end his career.

Peter worried about whether construction on the lab and hoped building would resume now Eduardo “Lalo” Salamanca (Tony Dalton) was in jail.

Lydia Rodarte-Quayle (Laura Fraser) suggested Lalo having an unfortunate accident behind bars but it was ruled out. 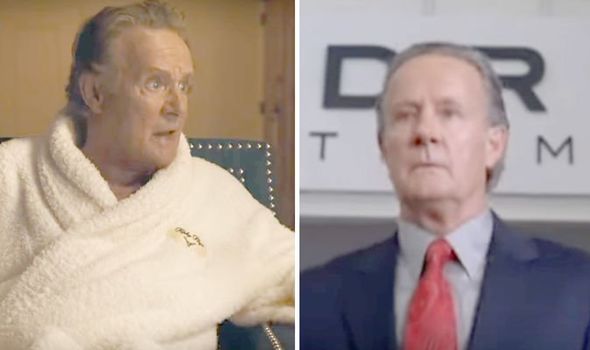 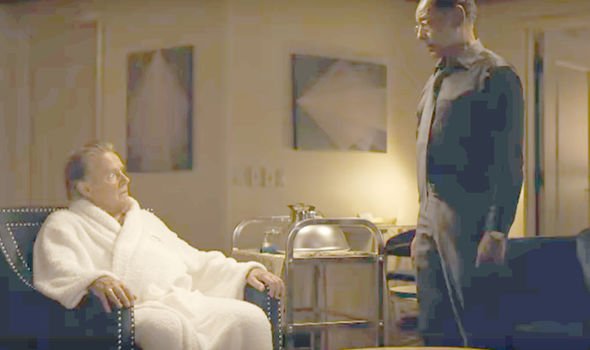 Gus Fring (Giancarlo Esposito) told Lydia suspicion would fall on him and lead to a cartel war.

Her suggestion harked back to Breaking Bad when Lydia and Walter White (Bryan Cranston) plotted the death of several of Gus’ associates who were doing time.

The scheme was successful with many people getting shanked to death in the space of two minutes.

Back in JMM, Peter was also fretting about the accountants discovering the truth and he mentioned a female auditor sniffing around. 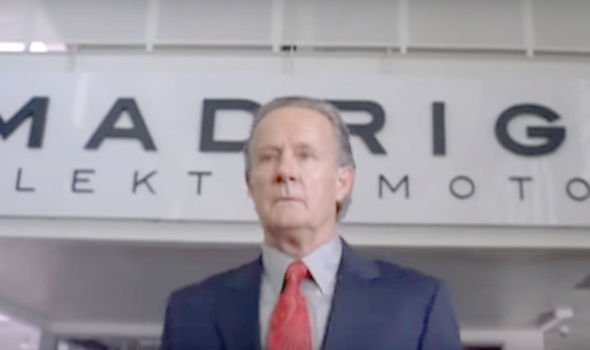 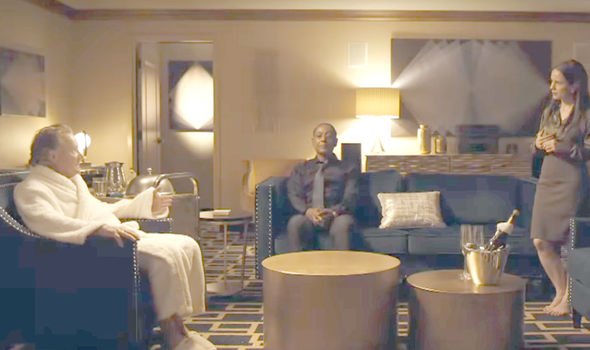 However, Gus attempted to allay his fears over the money.

Gus told him: “Do you remember Santiago? Our backs to the wall. I will never forget what you did. You are still the same man.

“You will do what is necessary. Is this wrong, my friend? We’ve come so far. We are so very close.”

His words seemed to have a calming effect on the tetchy Peter, who visibly relaxed.

Who is Peter Schuler?

Peter is the head of food division of Madrigal, which is the parent company to Gus’ Los Pollos Hermanos.

He works closely with Gus and Lydia and the episode JMM marked his return to the Breaking Bad universe.

Prior to this, Peter was last seen in Breaking Bad season five, episode 2’s Madrigal where he was in the process of tasting dipping sauces.

His secretary walked in and told him the police had arrived, leading Peter to take his own life.

Peter’s appearance in Breaking Bad was a short but memorable one.

Now fans will see more of the character as he works with Gus on the meth superlab.

The events leading up to Peter’s shocking demise are going to be playing out.

Viewers will get a deeper insight into the character and his motivations.

Also, Better Call Saul could give a different perspective on the character.

Coronavirus: When will we know the UK lockdown is working? – The Sun
Coronavirus lockdown breakers revealed in UK heat map – find out if YOUR neighbours are staying at home – The Sun
Popular News
Musk says Apple stopped Twitter ads, threatens to 'withhold' it from app store
28/11/2022
Stuart Broad builds up to second Virtual Test with Sri Lanka
26/03/2020
Bindi Irwin Made Last-Minute Changes to Her Wedding Due to Coronavirus Lockdown
26/03/2020
Widow on The Repair Shop leaves viewers sobbing
26/03/2020
Coronavirus lockdown: Global quarantine reveals weird fact about humanity
26/03/2020
Recent Posts