Antiques Roadshow travelled to Salisbury Cathedral to give a host of budding antique dealers the chance to bring in their items for valuation last year, and one piece which caught expert, Marc Allum’s eye was an item supposedly from Napoleon’s personal collection.

Marc began by explaining how much of a fan he was of Napoleon antiques and revealed he even has Napoleon’s death mask hanging up at home.

He said: “When you appeared with this item which for all intents and purposes appears to be Napoleon’s razor, of course, I was completely enthralled by it.

“I really need to ask you how on earth you have Napoleon’s razor?” he asked. 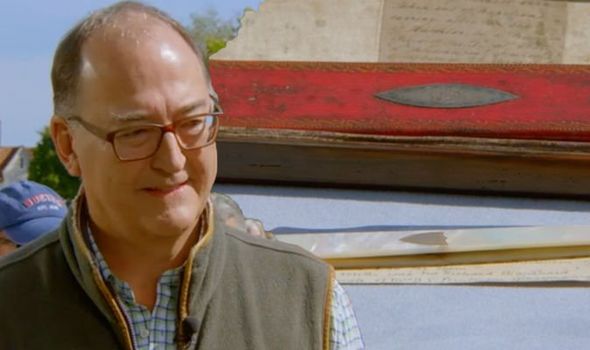 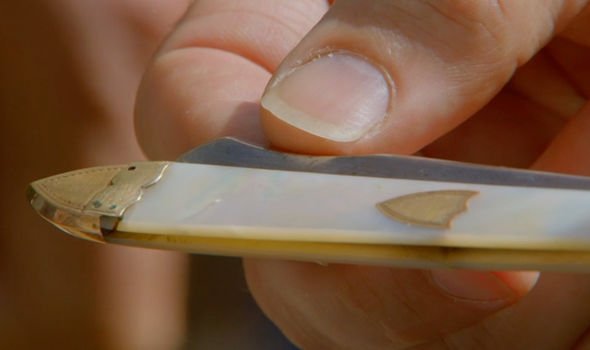 “There was an inscription inside the case written by him, where he explains that he bought it from a Prussian officer in 1816, who had taken it from Napoleon’s carriages at the end of the Battle of Waterloo when the Prussians were chasing and trying to capture Napoleon.”

Marc continued: “It might be interesting to fill that in a bit because for those people that don’t know at the end of the battle as Napoleon was trying to escape and in his carriage.

“His carriage for the Rolls Royce of carriages, it really was, it was bulletproof, it was kitted out with the most incredible personal effects.”

“There was literally everything,” Marc added. “The Prussians chased it down, Napoleon managed to get away, of course, it was booty. 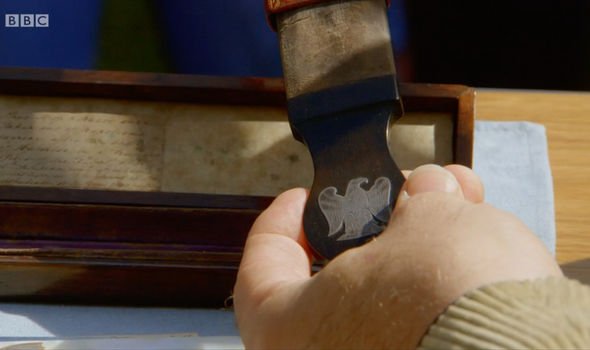 “People wanted things out of it, so did this come from that carriage, what are your feelings?”

The owner responded: “In the description, he talks about the Prussian officer being from the 15th infantry regiment and I looked a bit into that and in the brigade that captured his carriages. The 15th regiment was in that.”

“In provenance terms that sounds good,” Marc confirmed. “Let’s take a closer look at the two items because what we have is the razor itself which is of beautiful quality, with mother of pearl insets.

“What I will say to you is that the design absolutely matches the design of objects that Napoleon commissioned.”

“That’s absolutely fine for me in terms of its overall design,” he added.

Marc continued: “Interestingly enough there’s no ’N’ on this but the other item that we have is this, which is for sharpening your razor.

“And this has an ’N’ cypher on it and it also has the French imperial eagle on it.

“Absolutely no doubt in my mind these are period items and of good enough quality to belong to Napoleon.

“So the question is, are they right? I think maybe a little bit more research to conclusively nail it.”

“But in my mind, it feels very very good these feel like items that have Napoleon’s DNA on them,” he added.

As the owner gasped in shock, Marc said: It’s wonderful to talk about it, wonderful to handle and see them and I would love to put them next to my death mask at home.”

Antiques Roadshow continues on BBC One at 8pm.

Millennials are moving back in with parents during the coronavirus quarantine
EastEnders’ Max Bowden in furious online rant at builders ignoring lockdown
Popular News
Back pain: Does your lower back hurt? Effective treatments for a herniated disk
05/07/2022
Stuart Broad builds up to second Virtual Test with Sri Lanka
26/03/2020
Bindi Irwin Made Last-Minute Changes to Her Wedding Due to Coronavirus Lockdown
26/03/2020
Widow on The Repair Shop leaves viewers sobbing
26/03/2020
Coronavirus lockdown: Global quarantine reveals weird fact about humanity
26/03/2020
Recent Posts