The Voice judge Olly Murs joined Alex Jones and Jermaine Jenas on tonight’s The One Show to discuss the latest on the ITV singing competition’s highly-anticipated return. However, the BBC presenting pair were also keen to hear from Olly about his life in lockdown, health and fitness and the current state of the music industry. But when Alex and Jermaine shared a clip of Olly falling down some stairs during a live performance, it’s fair to say the former X Factor star was left rather red-faced, hitting out at Alex: “I can’t believe you’ve shown that!”

Olly appeared via video link on this evening’s episode to speak with Alex and Jermaine as opposed to heading to the studio amid the Government’s latest social distancing guidelines.

After discussing how Olly had been keeping positive during lockdown, Alex brought up the first of two embarrassing moments which left him squirming.

The One Show decided to show off the singer’s weight loss results by sharing a before and after photo of his body transformation, which led to the star covering his eyes.

“Well, we’ve got a before and after shot,” Alex told her guest. “Which we’ve been staring at for quite a long time in rehearsals.” 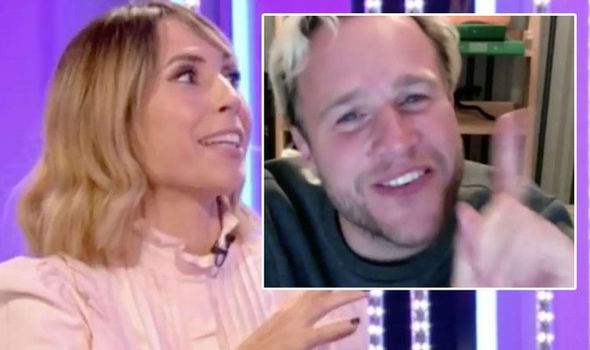 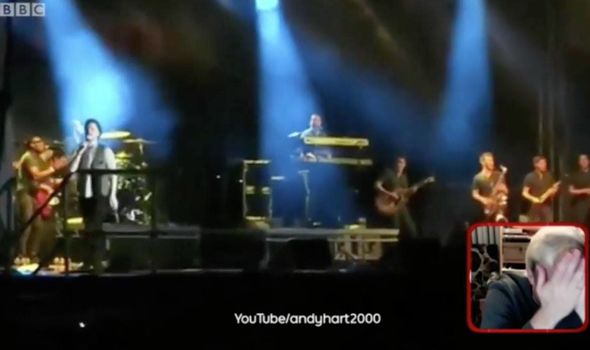 As the photos flashed on-screen, Olly shouted: “Oh no, put it away!”

Despite being left red-faced, Alex was rather complimentary about the singer’s weight loss, saying: “You have – I mean, you’ve worked miracles.”

“You can see how red I’ve gone,” Olly noted as conversation moved on to his knee injury. 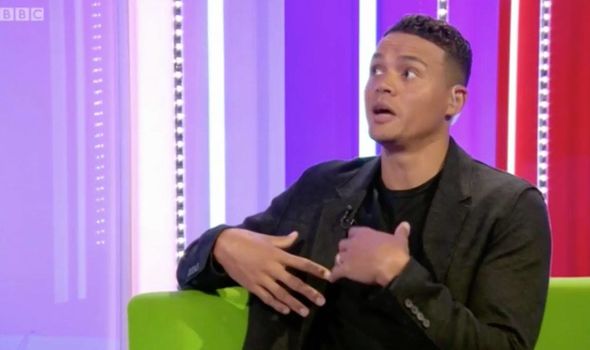 The Voice star continued: “I damaged it about 10 years ago and did my ACL in and left it for such a long time.

“Then last year I was able to get a bit of time off and decided to have surgery on it.

“That’s pretty much why I’ve been able to stay in shape, training and doing all the physio, Jermaine will probably know from having a knee injury himself.”

Jermaine nodded in agreement but the cringey moments didn’t stop there for the singer.

DON’T MISS:
Lorraine Kelly swears live on air in rant at COVID flouters on ITV
Alex Jones throws The One Show into chaos with wild Monty Don request
The One Show halted as Dermot O’Leary walks off: ‘We’ve lost him!’

“I did my knee in playing football, Olly,” Jermain chimed in. “I’m not sure how you did yours,

“But was it like this?” The One Show asked before cutting to the clip of him falling off stage.

Once again, Olly was left covering her eyes as he relived the moment on-screen.

Alex and Jermaine were left giggling along at the incident before Olly waved his finger and jokingly warned the pair: “I can’t believe you’ve shown that!”

However, the trio saw the funny side of the moment while Olly shook his head.

She added: “Because that is brilliant.”

The One Show airs weekdays at 7pm on BBC One.