EDGE was the Last Man Standing as he gained revenge on Randy Orton to seal a triumphant return to WWE at WrestleMania 36.

The icon survived a bloody encounter to claim his first win for nearly a decade thanks thanks to a con-chair-to to complete his remarkable comeback story. 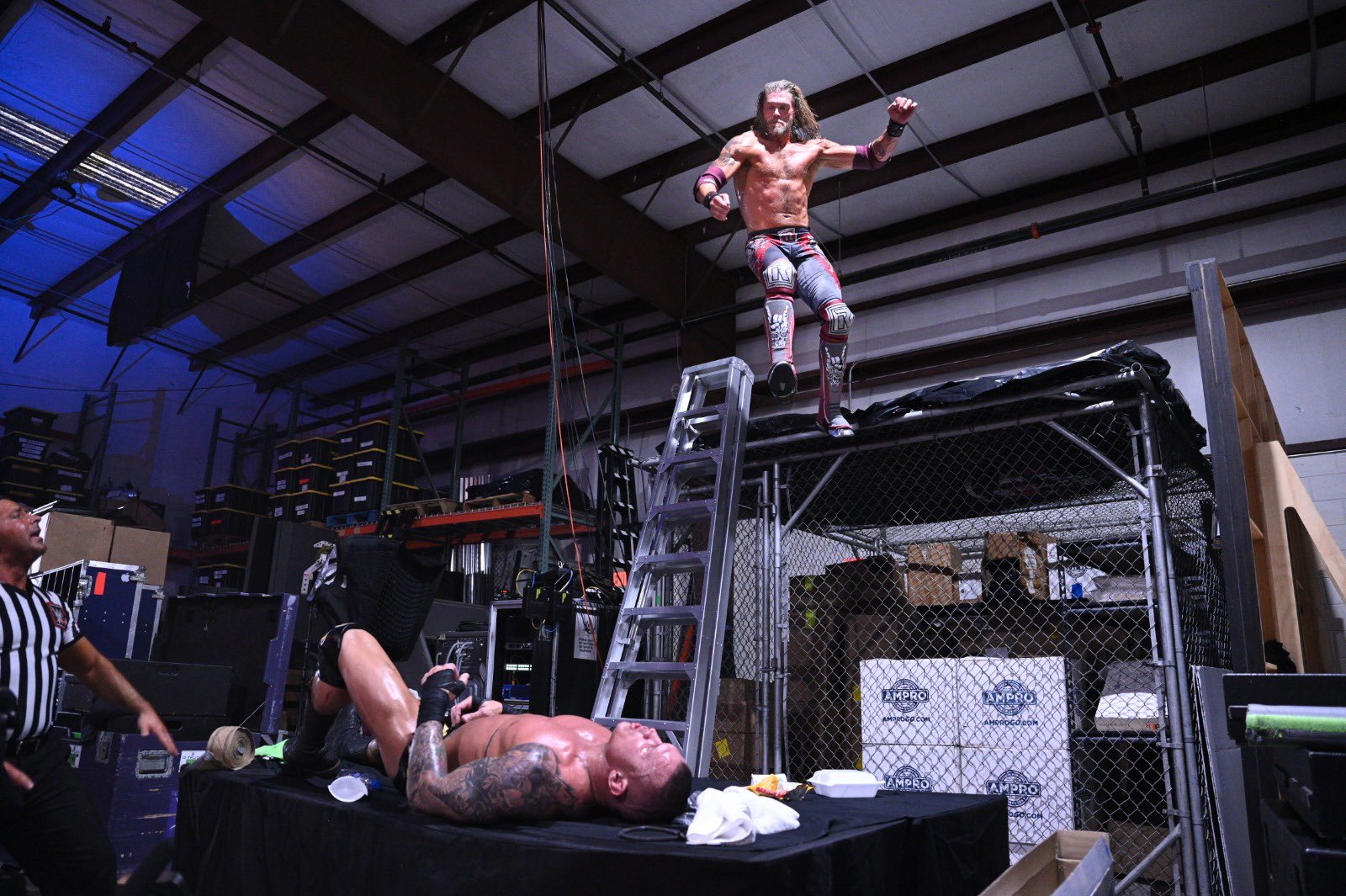 The 46-year-old, real name Adam Copeland, was forced to retire in 2011 due to a neck injury but stunned the world in January with a comeback.

But he ensured his first singles bout for nearly a decade ended up a triumphant one as he emerged victorious against his former tag team partner following a punishing encounter.

Edge’s comeback looked like it could be a short-lived affair as Orton pounced with an RKO before the bell had even rung.

The returning hero managed to get back on his feet as he informed the ref he was able to continue, but he was instantly hit with another RKO.

A nine-count followed, but he was sent sprawling to the ground again for another near count after the Viper picked up a camera and planted his former friend with it.

The action then left the ringside area as the pair battled through the Performance Centre and into the gym area,

Fortunately for Edge he was able to stop Orton before being struck with a weight as the bruising encounter continued around the building.

The Rated-R Superstar eventually got on top and dropped a huge elbow drop on his foe through a table as the Viper’s shoulder was ripped open and began pouring with blood.

But Edge’s neck was taking some severe damage, and the official was forced to intervene and check it again after he was on the receiving end of a brutal DDT.

However, his will to survive remained strong and he soon mounted a production truck as Orton followed, and as he went for a punt to the head, Edge reacted quickly to hit a spear.

Orton got back to his feet after a nine count, and as Edge went to land the same move gain, he planted with an RKO – leaving him down for a nine count himself.

The steel chairs were soon brought into the action as Orton went for a con-chair-to in an attempt to end his old pal’s career.

But Edge quickly managed to avoid catastrophe and lock on his new submission move to choke out the Viper.

The ref began his count for what would have likely been a ten, only for Edge to stop him.

He had other ideas, and he soon hit a con-chair-to himself on Orton in top of the truck to claim the win.