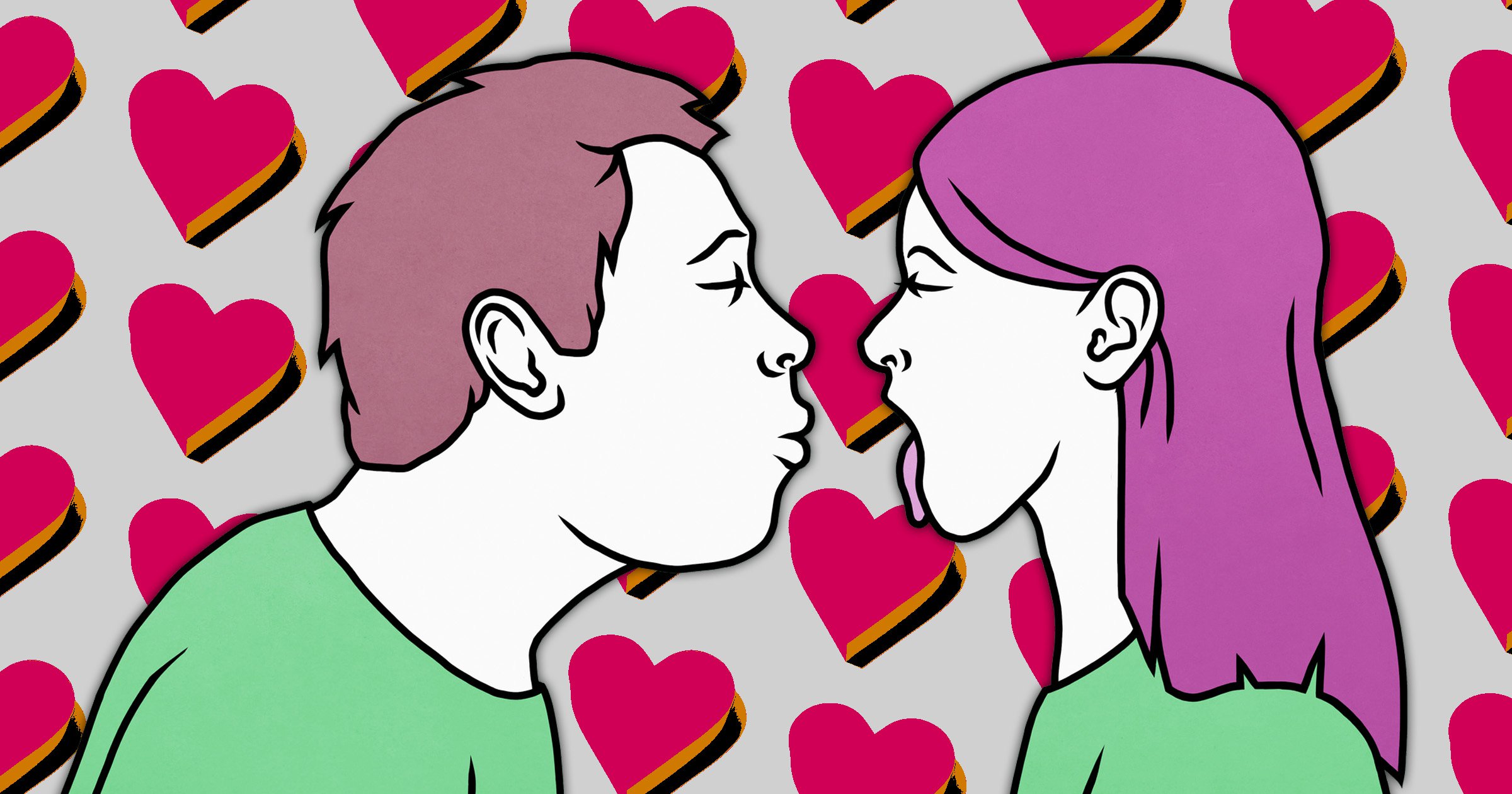 Whether it’s the friends that realise they are in love with each other, the love triangle, the forbidden love, or falling for the person they used to make their ex jealous – the predictable storylines are part of the joy.

One particularly popular trope is the ‘enemies to lovers’ pipeline. You know the one – life thrusts together two people who loathe one another, by the end of the book/series/film they are deeply in love.

As viewers, we’ve seen it play out so many times that we know what’s coming as soon as that first barbed exchange takes place. Sure, it’s predictable, but it’s still so effective.

Take Kate Sharma and Anthony Bridgerton in the second series of Bridgerton; a steamy, slow build of a love story that had the internet swooning.

The pair bicker, sneer and scowl at each other for a few episodes, but it’s not long before the longing looks, heaving bosoms and near touches make it clear that the real tension between them is of the sexual kind.

Everyone loved this storyline, even though we saw it coming a mile off. So why does it work?

‘It’s a really effective way of creating conflict between characters, and conflict is essential to any screenplay regardless of genre,’ explains Dr Alice Guilluy, Deputy Leader of MA Programmes at MetFilm School and romcom expert.

In romcoms, this conflict is mostly within the characters themselves, and how they grow, Alice explains.

This is why we love it, Dr Alice says, because the ‘evolution makes for such engaging and endearing characters.’

One of the character types we repeatedly swoon over is the grumpy-man-turns lover, perfectly encapsulated by Jonathan Bailey as Anthony Bridgerton, and going way back to Jane Austen’s Pride and Prejudice and Shakespeare’s Taming of the Shrew.

‘We love to see Mr Darcy and the many, many re-iterations of standoffish or snarky leads inspired by him being “thawed” by true love,’ Alice adds.

‘Enemies to lovers’ is also intoxicating for one simple reason – we like to watch fictional characters fight.

‘What’s fascinating to me about fighting in romance is its dual purpose: it both gets in the way of the happy ending, but also ensures it: audiences know the couple is meant to be precisely because they fight,’ Alice explains.

It’s comforting to know they will eventually figure it out, and also gives us a satisfying feeling of superiority that we know something they don’t.

Can ‘enemies to lovers’ work in real life?

The problem is, this storytelling can leak into our views of IRL dating, says sociologist Dr Jenny van Hooff, who researched heterosexual couples and found that the majority ‘drifted into their relationships, rather than having a dramatic beginning.’

Yet a lot of people on dating apps are looking for a dramatic, fiery spark – like the ones we see on screen.

‘Heteronormative gender roles definitely influence this – there are “scripts” around love and sex, and I think one of those scripts is that there should be some adversity to overcome at the start of a relationship,’ Jenny explains.

‘This is true for 19th-century romantic novels and also for contemporary rom coms and shows like Bridgerton, and usually is based on the man being unavailable or mean in some way, and there being some friction there.’

Jenny believes this is really unhealthy, and carries the message that someone being disinterested or mean is a sign of romantic interest.

‘We can ignore healthy relationships based on respect because they don’t have this more “exciting” aspect when actually love should not be war,’ she adds.

Jenny thinks this leaks into sex, too, which is portrayed as something that should be adversarial to be exciting, when its much healthier if this is based on mutual respect.

Alice has a different view. She agrees with romance novelist and scholar Catherine Roach who argues in her book, Happily Ever After, that the romance-novel trope of the ‘alpha male’ (which Anthony Bridgerton arguably fits into) is empowering for women readers.

This is because the alpha male enemy, who we initially dislike, is inevitably ‘tamed’ by the female lead, giving her control. We see this play out with Mila Kunis in Friends with Benefits, Cameron Diaz in The Holiday, or Sandra Bullock in The Proposal.

Worrying about how this trope squares off with feminism also misses the point, she argues. Part of the pleasure in romcoms is knowing that it isn’t real.

She continues: ‘The assumption that rom-com viewers (who are mostly women) can’t tell the difference between fact and fiction is rooted in sexism.

‘In my research and interviews with romcom audiences, it was extremely clear that audiences know the difference between fiction and reality. In fact, for many of my interviewees, the difference is the point.’

So, what about when this does happen in real life? Could it? Is it possible to initially dislike someone who you grow to love? Would we find it as alluring then, or would the relationship crash and burn?

23-year-old Amy Bailey has been with her boyfriend for five years now, but says she ‘couldn’t stand him’ when they met in sixth form.

‘We were in the same friendship group but, because of his arrogance, I couldn’t stand him,’ she explains.

It was so bad that Amy fell out with her friends when they voted for him to be Head Boy in Year 13. Then, at a party, the pair kissed.

‘We then played a game of back and forth for about three months where I told him I wasn’t interested, neither was he, we would then somehow be together at every night out and repeat,’ she says.

It became clear that they were both secretly interested in each other, drawn in by the appeal of wanting someone who doesn’t want you –  a dynamic that plays out in the fictional enemies to lovers story, too.

Five years later and the pair are still together.

Their friends laugh at them because they have lasted so long despite Amy despising him in the beginning, but Amy now thinks he’s the ‘nicest person she knows’ and calls him her best friend. This shift didn’t happen over night, though.

‘It took a long time to trust him, purely because of the persona I made up of him in my head,’ she says.

This is the part we don’t see in romcoms. In fiction, all we are given is the dreamy, easy resolution of two people who just couldn’t stay away from each other, whose hatred burnt as deeply as their passion for one another.

In reality, you may have to unlearn your old dynamic, have awkward conversations about what you thought of each other, and rediscover who that person is without your initial preconceptions. You have got to be sure they are worth your time and that you aren’t simply hooked on the dangerous game of cat and mouse.

So, really, we might be drawn to the ‘enemies to lovers’ story because we relate to it. We like the idea of people being complicated and misunderstood.

‘I think there’s a big difference between the dramatic “enemies to lovers” discourse and finding that you like someone when you get to know them,’ Jenny says.

‘Giving someone a chance and getting to know them is important, and many relationships do start slowly in this way. We’re far too quick to dismiss potential partners based on first impressions.’

Get in touch by emailing [email protected]