BOXING legend Mike Tyson left Jackass star Steve O with black eyes – when he broke his nose with his fist on TV.

The two worldwide stars were guests on Comedy Central's Roast Of Charlie Sheen in 2011. 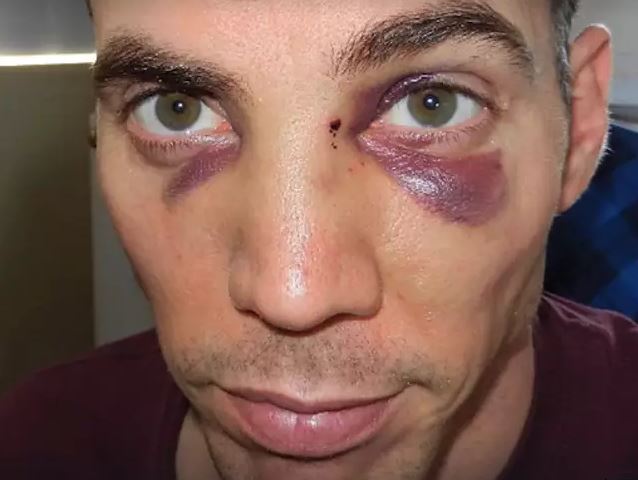 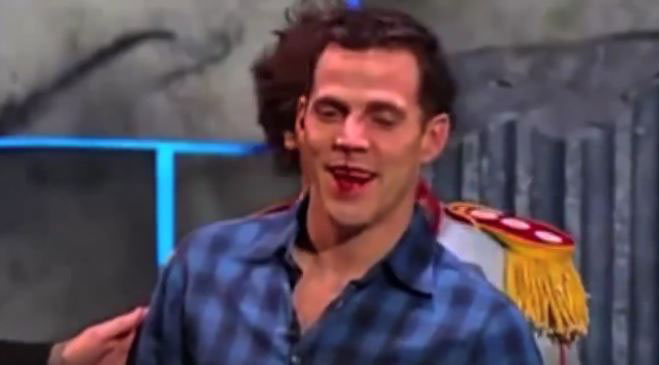 Steve O thought it would be a good idea to dive into Tyson's outstretched fist.

And of course, there was only one way this was going to go.

The comedian was left with a busted nose and two black eyes as a result of the "stunt", that left fellow guests William Shatner and Seth MacFarlane stunned.

Steve O explained how he had been thinking about colliding with Tyson's fist for some time before it eventually happened. 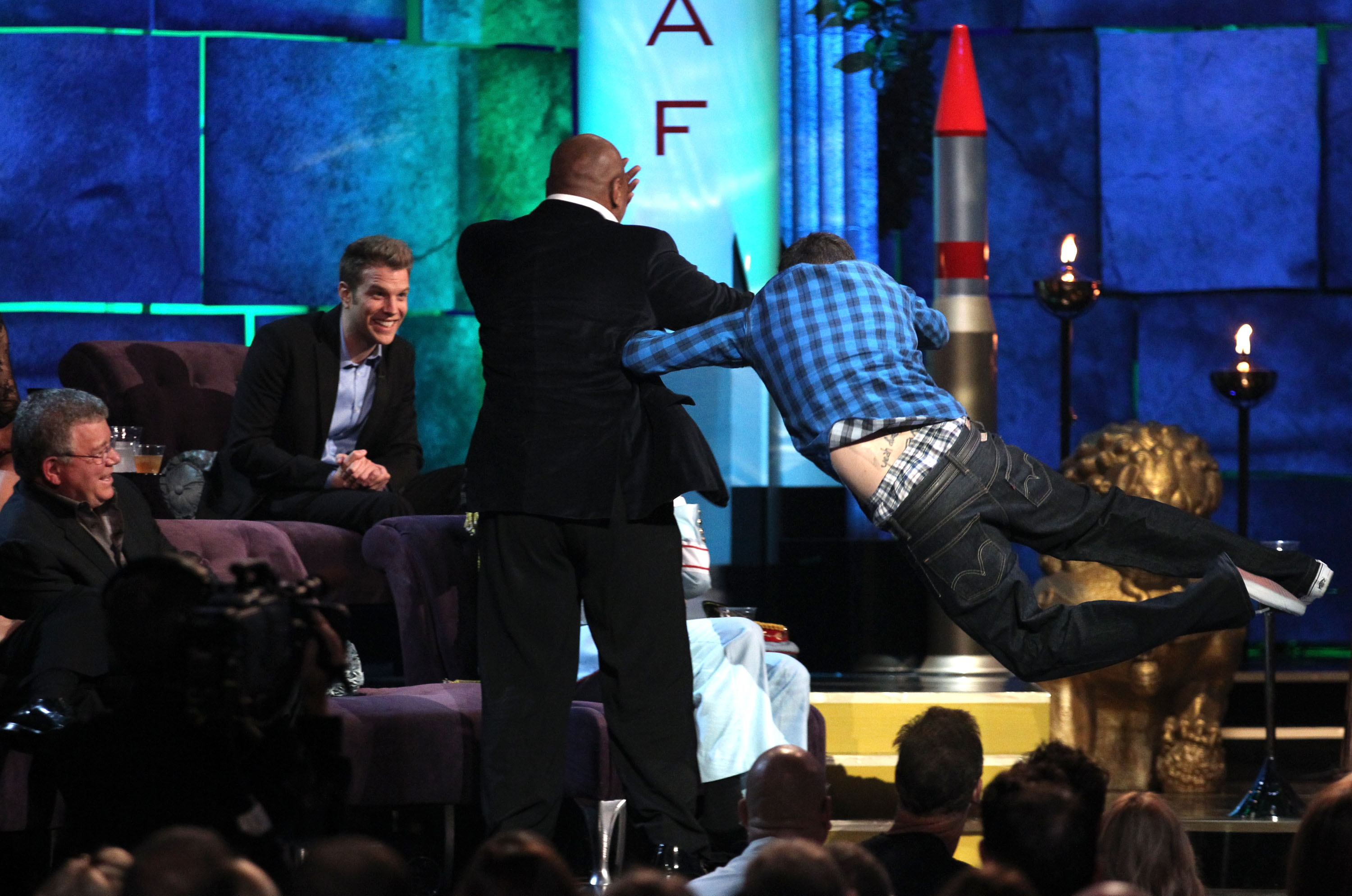 In an interview with Mpora.com, the TV funny man revealed: "I was begging him: 'Mike, I'm not asking you to punch me. Just hold your fist still with your elbow locked, and I'll dive into it with my face'.

"But the timing wasn't right, until we were on the Charlie Sheen roast. And that's when I dove into Mike Tyson's fist.

"I broke the hell out of my nose.

"Right away blood's all coming out of it, it was the last thing that happened at the roast, and this guy comes up to the stage and he says: 'Steve-O, your nose needs to be set right now. I'm a Kung Fu instructor – I've set like twenty broken noses'."

Iron Mike has destroyed many people's 'noses' in the boxing ring after a brutal career.

He even beat fellow legend Muhammad Ali – in a virtual boxing clash played out by the World Boxing Super Series to entertain fans on coronavirus lockdown. 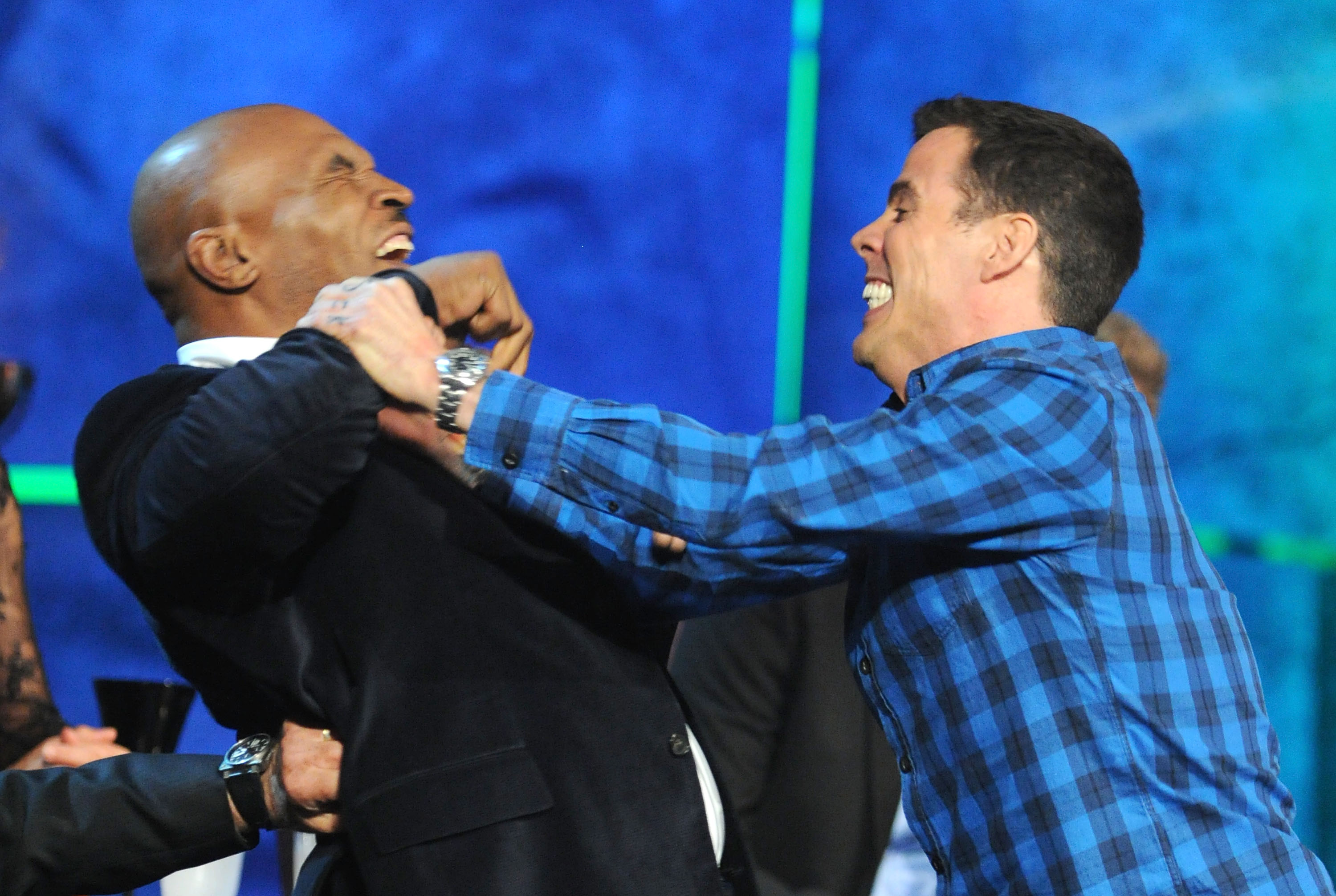